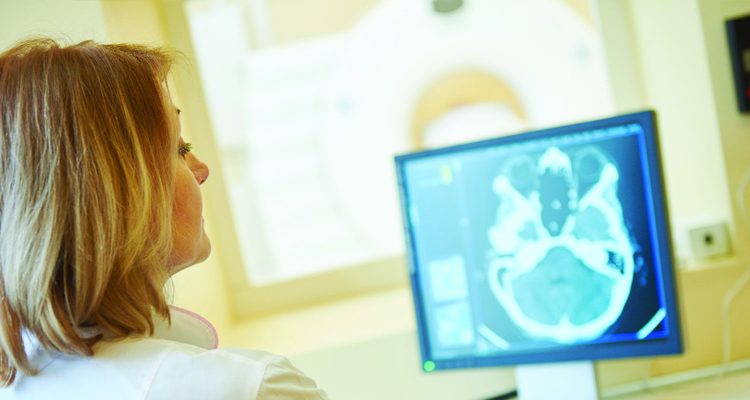 Digital images are used throughout radiology. They appear as computed radiography, digital radiography, fluoroscopy, computed tomography, magnetic resonance, ultrasound, mammography, nuclear medicine images. Unlike film images, whose contrast, speed, and latitude are fixed during processing, the appearance of digital images can be altered after they have been recorded and stored. The advantages of digital imaging include the ability to adjust the contrast after the image has been recorded, to process the image to emphasise important features, and to transfer the images to a remote site.

Computed radiography (CR) is the most established of the digital radiography technologies available, having seen more than 30 years of clinical use; yet numerous innovations are currently coming to the market. Some of the drawbacks of CR system namely cassette handling, long read out of plates, low detective quantum efficiency have been addressed by newer innovations and technological advances.

In automated CR systems with fast readout, there is no cassette handling leading to totally automatic image data acquisition. In these systems the readout time is less than 10 seconds. This can be achieved by newer phosphor for PSP plates. A needle shaped phosphor caesium bromide has been newly introduced and is considered more efficient due to its structured configuration of crystals. It reduces light diffusion because of needle shaped configuration that acts as a light guide. Newer phosphors also have increased detective quantum efficiency.

Newer mobile CR systems are easy to use and offer quick image availability in less than 25 seconds. These mobile units come with integrated CR reader.

DR is used to describe images which are recorded on an electronically readable device that is hard-wired directly to the computer processing system. The detectors and sensors of a DR system are contained inside a rigid protective housing. DR uses an array of small solid state detectors to convert incident X-ray photons to directly form the digital image. The major advantage of the DR system is that no handling of a cassette is required as this is a “cassette-less” system. There are two forms of DR systems: one uses a linear array of detectors, which sweeps across the area to be imaged, the other has an array of detectors formed into a matrix.

The linear array records the position of the array and the signal from each detector to form the image. In the matrix system, each detector provides data for one pixel. The linear array requires fewer detectors but a longer time to form each image. Direct radiography flat panel detectors or imaging plates use a radiation conversion material or scintillator made of amorphous selenium (a-Se) which is a semiconductor with excellent X-ray photon detection ability and spatial resolution. A high voltage charge is applied to the top surface of the selenium layer immediately prior to the X-ray exposure. The ionisation created by the X-ray photons results in the selenium atoms releasing electrons which are absorbed by the electrodes at the bottom of the selenium layer. The electrons are transferred and stored in the thin film transistor detectors (TFT). TFT stands for a photosensitive array comprising of small pixels. Each pixel contains a photodiode that absorbs electrons and generates electrical charges. A silicon TFT separates each pixel element and sends the electrical charges to the image processor. The TFTs are positioned in a matrix which allows the charge pattern to be read pixel by pixel. This process takes place very fast where more than 1 million pixels which are capable of being read and converted into a digital image in <1 second. All this information is read with dedicated electronics that facilitate fast image acquisition and processing.

This is one of the important innovations in the field of digital radiography. Multiple low dose exposures are given from various angles while the X-ray tube moves in an arc and the detector remains stationary. Multiple images with different focal zones are possible to be created by addition of these low dose images. It emphasises contrast in particular layer of region of body and is considered useful in intravenous urography studies, mammography and chest radiography.

In this method, by using a high and low kilo voltage technique, two datasets are created and thus soft tissue and bones can be separately detected. Dual energy techniques are most effective when both images are acquired simultaneously. Similar results are obtained with two exposures within a very short period of time.

This innovation is useful in chest radiography particularly for the evaluation of partially calcified nodules and pleural plaques.

These programmes are important in early detection of cancer of the lung and breast. The suspicious areas are marked by the software for review by a radiologist. The efficiency of CAD software programme is related to its sensitivity and specificity profile. The main advantage of CAD is that it permits a radiologist to avoid overlooking diagnostically significant findings.

This recent technique is useful in determining precise measurements in lengthy anatomical regions like spine or lower limbs. It involves multiple sequential exposures at different patient positions which are acquired in a still patient. Later in the process, automatic stitching is performed in order to reconstruct a larger composite image. This special software enables pixel shift and overlap.

As medical imaging technology continues to advance, the evolution of DR has increasingly moved the modality into the mobile space. With applications from emergency departments to orthopaedic clinics and more. By putting digital X-ray capability onto a mobile cart- based system, conducting imaging exams anywhere is possible. This allows for quicker exam turnaround times which in turn leads to faster diagnosis. Mobile DR in general is a 17×14 inches flat panel detector connected to mobile X-ray system having a monitor.

The recently introduced LED status light indicator assists the technologist in confirming the status of the system while multitasking at the bedside. This indicator permits greater awareness of when the actual exposure is taking place, as an additional means of warning to the user and other clinicians also working in the same area.

This system has no cables and does not interfere with surrounding machines. Typically by this detector a 17×14 inch image is made available within three seconds. This allows radiography of difficult regions of body like temporomandibular joint, flexed knee and enables radiography in unusual positions.

In future with more data, the capability to learn more and possibility of adoption of new technologies like artificial intelligence, it will change the way mobile DRs get used and more importantly, the role they will play in patient care. Just as the consumer electronics industry is making smaller, lighter, and more durable phones, laptops, and tablets each year, manufacturers of DR technology will definitely try to do the same for detectors and mobile units.

While for the next years, it is likely that DR and CR systems will coexist wherein the long term perspective of CR will be based on further innovations in consideration with the dose efficiency and signal-to-noise characteristics while for DR, economical aspects and broader availability of mobile systems will play a significant role. The future is exciting!

“ We have a strong financial foundation, innovative technology and a well deserved reputation”

PPE-clad COVID warriors now need not be ‘faceless’ to their patients,…