Eliminating the silent killer through collective action and focussed interventions 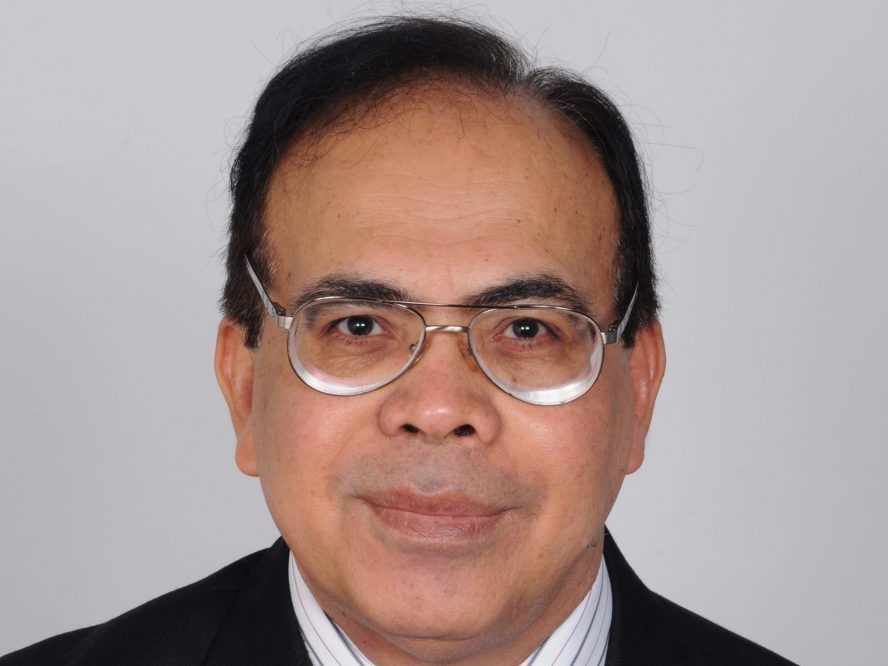 Sandeep Ahuja, Co-Founder and CEO, Operation ASHA opines on how India has to address a set of challenges and move quickly to achieve the seemingly impossible target of TB eradication in the next five years

The world is going through an unprecedented healthcare crisis as it struggles to deal with COVID-19 or Coronavirus. It may therefore seem quite irrelevant or out of place to talk about another disease, namely, tuberculosis (TB). TB is a global pandemic which claims one life every 20 seconds according to WHO estimates — about 15 lakh people in 2018 alone. As we approach the World TB Day on March 24, the parallels are hard to miss between the latest entrant and India’s severest healthcare crisis with the highest mortality rate. They are both respiratory diseases, they spread similarly, community transmission is a serious cause of concern; those with compromised immunity are more vulnerable and the economic costs of the disease force people to continue to be part of workforce putting others’ lives in peril. More importantly, with TB, the social stigma also plays a very crucial role. Surprisingly, India tops the list of countries with 27 per cent of the global total while China is a distant second with 9 per cent only.

About 40 per cent of India’s population are carriers of TB though many of them are not contagious because they carry latent TB which is kept in check by body’s immune system. But these numbers should leave no doubt about the urgency with which the problem needs to be tackled before it infects each of us. Given the magnitude of the problem and finite resources at our disposal, there are a number of lessons we can learn from similar efforts in the private and the NGO sector and other countries to address TB. The most important tool to fight TB is detection and treatment. We have made a substantial leap in doing this. But we have a long distance to cover before we can tell the world about our achievements.

As India seeks to end TB by 2025, it has to address a set of challenges and move quickly to achieve the seemingly impossible target of TB eradication in the next five years.

Suboptimal use of available resources.

Since 2009, India has received over $300 million in aid to fight TB. But instead of spending the grant on detection, treatment and elimination of TB, the money was used for raising awareness without actually getting to the bottom of the issues. For instance, focussing on processes like establishing sample collection centres in slums, without doing a proper need analysis. These centres opened during the ‘usual business hours’, during which the Government’s own centres were open too. As a result, the new centres did not succeed in attracting new patients. They only caused a redistribution between government and NGO run centres, resulting in wastage of hundreds of millions of dollars. For India to make progress towards ending TB, it should ensure optimum use of limited resources and its proper distribution among public and private sector entities based on their solid, recorded evidence, performance, achievement and expertise.

Even today, despite the Prime Minister’s efforts to end TB, major part of the challenges and hurdles remain at the bureaucratic level. In terms of fund distribution, millions of dollars are awarded to the same group of individuals who hop from one ‘entity’ to ‘another’ to conceal past failure. This does not result in obtaining results at the ground level. Besides, there has been no attempt at the state level after the guidelines were released by the Central Government. Most of the states are making only tiny plans. They intend to improve services only in 5-10 per cent of their population. This is totally and thoroughly insufficient to meet the requirement. If this approach continues, we shall not be able to achieve PM’s vision of ending TB by 2025.

The challenge that remains is to ensure that every TB patient is not only detected but completes treatment and there is no disruption to it. We need to increase detection to a 100 per cent and there can be no compromise with this. TSR or treatment success rate needs to be monitored and tracked by proven models. We need to ensure that technology is not promoted to manipulate data which allowed a discrepancy in the numbers of the treatment success rate in the past. The official figures from India based on promoted technology of TSR stood at 89 per cent. When ICMR only verified the data, it found discrepancies and reduced the TSR to 75 per cent. No wonder, in it its own survey in just one state which was Chattisgarh, the above figure dropped to 32 per cent! The manipulation of data led to irreparable damage with regard to dealing with drug resistant TB that grew and went undetected as a result. Operation Asha, which has been using biometrics and technology to measure and track the same found that patients who were enrolled under this format were 25 per cent less likely to disrupt their treatment. This especially makes a huge impact in outcomes when we are dealing with HIV positive patients as well. Its operations have found mentions with the World Bank and the University of Harvard studies to understand what can be used for success in this fight. The government has used technology to successfully implement many of its recent schemes like Direct Benefit Transfers, making life easier for the poor.  As Operation Asha has proved beyond doubt that its tech model can be very effective in making TB treatment more effective and uninterrupted.

How can we improve our fight against TB?

Accurate data is the tool to combat TB along with effective administration. It gives us hope that the Central Government has started a TB prevalence survey which allows us to find  accurate number of TB patients. We need to do this every decade like it is being done even in the smallest countries of Asia and Africa. We need to ensure that financial resources are not wasted on carrying out wasteful efforts like the one mentioned above. We need an improved understanding where the resources are best utilised to spread the coverage of the new demographics given the nature of the disease and how it spreads.

The public-private partnership between the governments and NGO who have substantial domain expertise has been successful in the field for years and have a history of collaborations internationally. This will help break the bureaucratic mindset as well. The Prime Minister should also constitute a TB Eradication Cell with subject experts leading the effort to ensure that we reach the targets that he has set – a TB free India by 2025.

Amidst the ongoing COVID-19 crisis, watching out technological breakthroughs can help…

Why adult diapers are a necessity for Indian healthcare practitioners