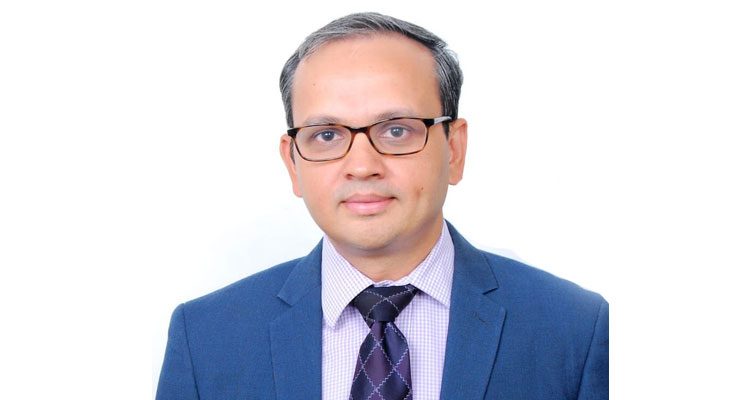 Although psoriasis and psoriatic arthritis affect men and women in equal numbers, the two genders are not equally affected. Dr Pravin Patil, consultant rheumatologist, Apex Centre of Rheumatology, Pune explains that understanding these differences is important for doctors as high level of joint damage may mean men need more aggressive therapy. On the other hand, symptoms control is more important in case of women with psoriatic arthritis, which may help improve quality of life

Psoriatic arthritis is a disease of the joints and enthesis (where tendons and ligaments connect to bone). It can also affect spine and related joints.

With recent advances in treatment there are a growing range of treatment options available. Goal of the treatment is to stop the disease progression, lessen pain, protect joints and improve quality of life. If you have or suspect you may have psoriatic arthritis, it is extremely important to work with a rheumatologist (a doctor who specialises in how the immune system affects joints, bone and muscles) to find the right treatment plan.

Early recognition, diagnosis and treatment of psoriatic arthritis can prevent joint damage that can occur in later stages of the disease.

Psoriatic arthritis can develop slowly, with mild symptoms, or it can develop quickly and severely.

Although, psoriasis and psoriatic arthritis affect men and women in equal numbers, the two genders are not equally affected. The causes for these differences may be related to the effect of differences in hormones, genes, occupational exposures or differences in perception of pain.

Gender distribution may change with relation to disease presentation as men tend to present with arthritis of spine, while women are more likely to suffer from peripheral arthritis. Men also develop more severe damage visible on X-Ray. Men develop more severe damage in the joints, however, symptoms of joint pain and inflammations are more pronounced in women compared to men. The underlying mechanisms of this difference in visible damage on X-ray are unknown. One potential mechanism can be related to physical trauma that has been suggested to be a risk factor for psoriatic arthritis. Engagement in physically demanding occupational activities that involve recurrent micro-trauma could lead to more severe joint damage. Thus, it can be hypothesised that more frequent engagement of men in heavy labour may explain these differences. However, this link has not been specifically investigated in psoriatic arthritis patients.

Women are less likely to achieve remission (a stage when disease activity has significantly slowed down) and don’t respond as well to certain treatments. For example, in the past decade anti-TNF is a type of drug that dramatically changed the treatment of patients with severe psoriatic arthritis. These drugs have been found to be effective for controlling the symptoms and signs of the disease and preventing the joint damage.  It has been observed that women tend to discontinue treatment with anti-TNF-α agents earlier than men. Inferior response and more side effects led to higher discontinuation of the anti-TNF drug in women than men. Many studies have showed that even after giving same treatment to both women and men, the pain relief is poor in women.

Fatigue is another symptom that frequently accompanies psoriatic arthritis. The differences in how men and women experienced this symptom has recently been studied. Significant differences in attitudes, communication and the emotional impact of fatigue between the genders has been identified. Women were more likely to discuss sharing their fatigue experience and relying on close relationships for support. Men were more likely to describe seeking control and not communicating their fatigue. Both genders have reported associating fatigue with negative attitudes. Knowing more about how each patient experiences fatigue can help doctors personalise treatment strategies.

Impact on functional limitation, work disability and quality of life

Possible causes of the gender disparity

These differences are intriguing as although men develop more severe joint damage, women suffer from more limitation in function and worse quality of life. These gender differences in quality of life have also been found among patients who suffered from RA and AS. It is unclear whether these differences are related to biological causes such as differences in hormone and genes or to social causes such as different social responsibilities or expectations. A potential explanation for these observations is the more pronounced pain perception in women than in men, which can affect the ability to perform activities of daily living and poorer quality of life. Lower muscle mass and strength in women can also in more difficulty in performing daily activities. Additionally, men tend to underscore their disability, as they overestimate their functional activity.

Understanding these differences is important for doctors. High level of joint damage may mean men need more aggressive therapy. On the other hand, symptoms control is more important in case of women with psoriatic arthritis. This may help to improve their quality of life.