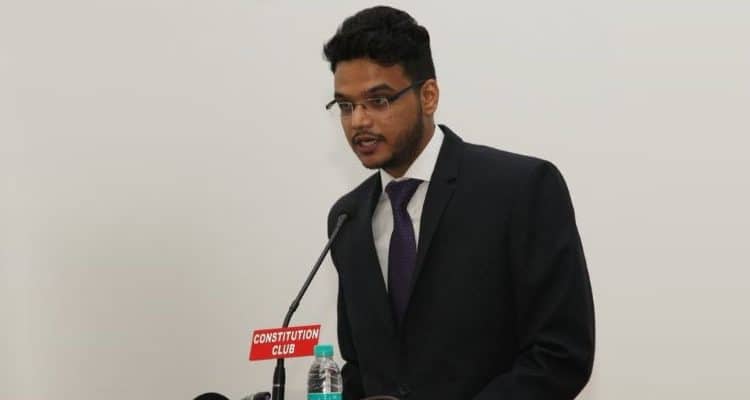 In view of the existing global health and economic crisis, Sagar Deoskar, Public Policy Consultant, Chase India writes that an effective change can be brought about not by trying to get the world to shift its attention to a different narrative, but to integrate that narrative in the existing systems of incentives and penalties

Academic research on the cost of pandemics on the global economy has been done by multiple credible institutions in past for more than a decade now. The importance of devising definitive policies to tackle the pandemics, the obligation on governments to find ways of financing a robust health system have been prescribed as often as your next-door uncle prescribing yoga to prevent all health maladies. Yet, as the ongoing pandemic has demonstrated, the world at large has turned a blind eye to this remedy, preferring to stock up on paracetamol for when the signs of fever would show rather than investing steadily and regularly for preparing a resilient health system. The USA for example since the 1990s has had a strategic national stockpile for emergency medical supplies which long before the arrival of Coronavirus as Washington Post had recently reported was underfunded and nearly depleted.

Despite the relatively recent outbreaks in the long line of pandemics like that of SARS, MERS, Ebola the world has seen very little structural changes in terms of implementable policies. A part of the lethargy and inertia to bring about catalytic change in the health system can largely be attributed to the lack of urgency that it finds in the global narrative. Although an intrinsic part of the success and failings of economies based on traditional parameters like the GDP, PCI and PPP, a conversation on health metrics often happens delineated from conversations on economic reforms. Improvement in public healthcare is deemed to be a secondary function benefitting from the trickledown effect of a well-functioning economy rather than being an equal partner in elevating the economic parameters. One prime reason for this has been that economic reforms which largely indicate changes in land, labour, market-entry etc., have direct quantifiable metrics which can afford a country a favourable credit rating but effecting changes in the health system will always get masked.

Several papers and reports like the 2017 report by World Bank’s International Working Group on Financing Pandemic Preparedness had stated that “Even the most conservative estimates suggest that a pandemic could destroy over 1.0 per cent of global GDP,  Another paper from a World Health Organisation bulletin from February 2018 had stated that total value of losses, could reach about US$500 billion per year. These estimates, of course, dwarf and sound optimistic in the wake of the global havoc that the COVID-19 pandemic has wreaked which peg the losses to the tune of massive 9 trillion dollars according to the IMF.

Reducing a health catastrophe purely to the realm of numbers surrounding economic output is a great indicator of the incentives at play when it comes to policymaking at large. In an equitable society that could have still made a fair metric but in a world where the income inequality and wealth distribution figures are staggering even by the most conservative accounts, the predominant narrative of quantifying the impact of a health crisis in terms of economic value seems like a worrying report card made for the Davos regulars.

However, the forces at play when it comes to government priorities and focus areas do not reside at the altars of idealism. Hence instead of fighting it, the greater push needs to be on getting these forces to appropriate the conversations around health preparedness so that they get treated with as urgently as conversations around reviving foreign investments in the country. This must be done through appropriate institutions and global collective responsibility, a term I am wary of because I don’t know how it actually works.

Despite the credit crisis of late surrounding the credit rating agencies, they can be a good channel to institutionalise conversations around health preparedness of a country.   Credit rating agencies have played a vital role in international markets. Credit rating agencies consider their ratings as forwarding indications of country risk that debt issuers will not able and willing to made payments of rated Instruments. Sovereign credit risk is categorised into two major components economic risk and political risk. Largely they look at parameters like political risk, Income and economic structure, economic growth prospects, fiscal flexibility, public debt burden, price stability, the balance of payments flexibility and external debt and liquidity. It is important that these credit rating agencies include health preparedness with parameters like an emergency medical stockpile, access to health care systems, annual budget investment on health among other things. If anything, this pandemic has shown how grave the consequences of a health catastrophe would be on all the above indicators that a credit rating agency would look at.

Coronavirus is not a black swan event. A likelihood of a major pandemic was sounded off by many for years and with the added threat of climate change, altering of natural ecosystems, an outbreak of diseases the world has never tackled before is more than likely. While the infectious disease is a natural hazard, a pandemic is a disaster that is largely man-made. As we aim to move towards a model of equitable and sustainable growth globally, it must also implore developed economies to ensure that their engagement with other countries factors in health preparedness and in turn premium on human life as intrinsically as tax incentives and trade deficits. An effective change can be brought about not by trying to get the world to shift its attention to a different narrative, but to integrate that narrative in the existing systems of incentives and penalties.

The effect of repurposed drugs on COVID-19 patients explained…

Kill The Virus, Not Medical Supplies

There are indications of community transmission of COVID-19 in Guwahati:…