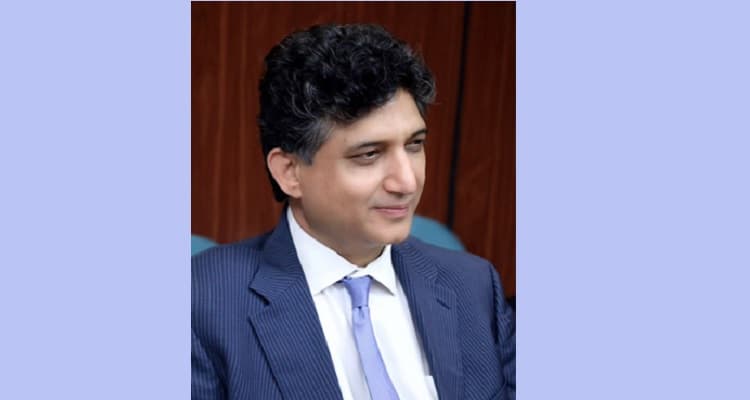 Dr Gurpreet Sandhu, President, Council for Healthcare and Pharma believes that the pivot to telehealth and medicine as well as several other healthcare reforms will put the country back on its path to achieving not only health-related Sustainable Development Goals but also other equally crucial SDGs

There is no doubt that the eruption of COVID-19 has widely disrupted the march towards Sustainable Development Goals 2030 (SDGs 2030). Although the full extent of the damage is hard to estimate at present, the universal objective of ending poverty, protecting the planet and ensuring that all people enjoy peace and prosperity by 2030 – has been derailed for the moment. Along with the fact that good health and wellbeing formed the third of the 17 SDGs, the concomitant economic paralysis by the very nature of this health challenge has further ‘thrown a spanner in the works’. India being one of the most severely affected countries by the ongoing pandemic has particularly struggled to meet its health-related SDGs 2030, as of now.

Although health and wellbeing are holistic and inter-connected, the third SDG also embraces universal health coverage, prevention and treatment for substance abuse and reduction in number of deaths and illnesses from hazardous chemicals.

There is no gain saying that COVID-19 has wreaked havoc on the health indicators and thereby impeded the accomplishment of SDGs for the country. Because of the exigent nature of COVID-19, it has led to the overwhelming training of focus on treatments for the pandemic to the exclusion of non-COVID patients. This is equally true for the country’s healthcare system, the government, the regulator, the institutions, personnel and infrastructure. Not only were the OPDs and non-emergency services suspended, those providing emergency services for chronic diseases were also impacted.

As a result, the needs of patients with chronic non-communicable diseases such as cardio-vascular diseases, cancer, chronic respiratory conditions and diabetes have been somewhat relegated to the peripheries. Notably, 74 per cent ofCOVID-19 deaths have been associated with co-morbidities including cardiovascular conditions, diabetes, hypertension, and respiratory diseases. As regards cardio-vascular conditions, there has been a 40-45 per cent drop in heart patients accessing treatment during April-June quarter of 2020 as compared to the same quarter last year.

Similarly, due to the curtailing of services for cancer patients, about 70 per cent of cancer patients could not access lifesaving surgeries and treatment during April and May with at least 51,100 live-saving cancer surgeries having been cancelled between March-end to May-end. Then there was a 32 per cent fall in inpatient care for pulmonary conditions in March 2020 as compared to March 2019. Likewise, patients with diabetes, obesity and hypertension have suffered. I

n an estimate, during the twelve peak weeks of the COVID-19, more than 48,700 surgeries were cancelled every week in India, tantamount to 584,000 procedures over the entire period. Such a massive decline strongly demonstrates deterioration in over-all NCD care and the long distance that remains to be covered in terms of achieving SDGs –aimed at reducing premature mortality from NCDs by a significant one third.

COVID-19, maternal & child health and the path to SDGs 30

Just as in NCDs, those requiring maternal, newborn and childcare services have also suffered in these times of COVID-19. According to National Health Data Mission, there has been a 64 per cent fall in immunisation sessions and about 50 per cent drop in BCG, oral polio and hepatitis B vaccination in April as against pre-COVID-19 January. Similarly, 72 per cent children missed their Measles, Mumps, Rubella (MMR) vaccination in April 2020 as compared to January 2020. Moreover, institutional deliveries (including C-sections) dropped by 35 per cent in the month of April from the previous month. Then regular testing for haemoglobin and ante-natal checks in pregnant women fell 51 per cent in April as against January 2020.

COVID-19, access to equitable healthcare and the path to SDGs 30

Although not directly mentioned under the clauses of the third goal, equity in healthcare access has an umbilical linkage with sustainable development. However, besides the persisting urban-rural and inter-state differentials, more specifically at the Community Health Centres (CHCs) in rural areas, there has been 80 per cent shortage of physicians, paediatricians, obstetricians and gynaecologists. This pre-existing inequity in access to healthcare has only been further deepened due to the pandemic.

Well-being is a function of mental health as well as quality of the environment. While COVID-19 has influenced the environment positively, albeit fleetingly, the consequent lockdown and stringent social distancing practices have precipitated a sharp rise in mental health cases in the country.

COVID-19 and mental health, a setback for SDGs

A survey by the Indian Psychiatry Society (IPS) discovered that the number of mental health cases had risen by 20 per cent since the lockdown with at least one in five Indians being affected.

Anecdotal data tells us that there was a 70 per cent increase in the number of patients suffering from depression and OCD due to the virus.  Depicting a similar pattern, another survey had revealed that almost 65 per cent mental health professionals had reported a jump in self-harm among their patients.  There have also been reports of rise in substance/drug abuse during COVID-19 particularly in some states. Such ‘depressing’ data and reports go against the grain of the SDGs 2030.

COVID-19 and environment, a boost to SDGs

However, the quality of environment, an integral part of well-being has definitely improved thanks to COVID-19. Especially in the immediate aftermath of the lockdown, the air (as well as water) pollution levels have improved across urban India. The few chemical accidents witnessed during the lockdown though, were a downside.

In sum, sustainable development is a fairly broad concept with health and well-being being one critical strand. While COVID-19 for the time being paints a gloomy picture and has somewhat decelerated our march to meeting SDGs 30, it is only a matter of time. The pivot to telehealth and medicine as well as several other healthcare reforms will put the country back on its path to achieving not only health-related SDGs but also other equally crucial SDGs. We still have ten years in hand to get there.

Three med tech cos to get National Technology Awards 2020