Adrit Raha, CEO, Vivant, sheds light on how split by India's rural-urban divide and socio-economic disparities, India’s healthcare has gradually evolved into a model which excels in frugal innovation and cost containment being the primary goal 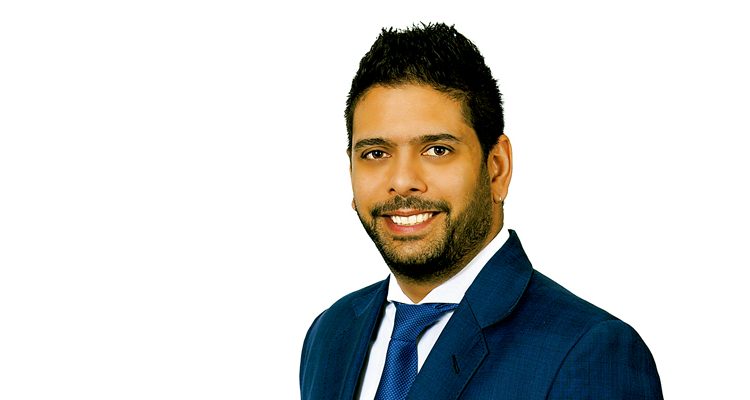 “To other countries, I may go as a tourist, but to India, I come as a pilgrim” – Martin Luther King.

India is a land of contradictions. It extends to every sphere of life in India and healthcare is no exception. India’s healthcare costs boasts to be the cheapest in the world, yet, 85.9 per cent of rural households and 82 per cent of urban households have no access to healthcare insurance/assurance. We have less than one doctor for 1,000 patients, but medical tourism market is set to reach $8 billion by 2020.

India is already a behemoth in the medicine world thanks to the sheer volume of doctors it produces but, also, for its contribution to the field of medicine, from Ayurveda and Yoga to performing the first ever cataract surgery, by Susruta. The basis of most modern medicines still boils down to the wisdom of Indian medical practices of years gone by. Yet, somewhere down the line, India’s healthcare ecosystem took a different turn as compared to the western world.

Split by its rural-urban divide and socio-economic disparities, India’s healthcare has gradually evolved into a model which excels in frugal innovation and cost containment being the primary goal. It has built a hub and spoke model with primary care centres feeding into secondary and tertiary care hospitals. It regulates the cost of care from drugs to stents and knee implants. It allows for reverse engineering to make life-saving medicines available to base of pyramid. Ayushman Bharat scheme has the most audacious goal of providing free insurance coverage to over 100 million Indians. The PPP model has ensured low-income groups and rural India benefits from advancements in healthcare in private sector.

The developed countries, in contrast, offer very different flavours of healthcare model. Models like NHS are funded from general taxation and national insurance contributions paid by employees, employers and the self-employed. Under this model, almost all healthcare is provided free of charge to everyone. If we move further west, the US espouses a model of healthcare driven by market forces and pay per services modus operandi. However, even these two systems are not without their flaws. A free healthcare scheme leaves little incentive for healthcare participants to bring in operational efficiencies. A completely socialistic approach leaves the system saddled with mediocrity. On the other hand, the capitalistic driven model of the US leaves healthcare at the mercy of private players driven by profits and costs held hostage to few large participants. Despite billions of dollars spent by the US government, it remains terribly expensive. Deductibles and premiums combined cost millions of families at least as much as a second mortgage or rent payment would.

India needs to find a sweet spot somewhere in between. Provide an environment, which ensures a level playing field for domestic and foreign players yet, have sufficient regulations in place so as not to turn healthcare into a profit-centric model. Ensuring greater collaboration between government and private players would lead to innovations reaching the last mile and would keep a check on healthcare costs. India is at a cross section in its evolution, where it has the luxury to study the systems adopted in developed world and pick the best practices and filter out the ones which aren’t working. We have a single shot at getting it right and given the recent initiatives, we are certainly moving in the right direction. So, personally, I am very bullish on Indian healthcare turning a corner very soon.

During this evolution, Indian healthcare ecosystem might do well to also move away from a fee for service model and instead look at value-based care. Given the shift in disease pattern from communicable to non-communicable diseases, there is an urgent need to ensure continuity of care and this is achievable only when we look at outcome-based fees and not FFS. Providers must be incentivised and encouraged to ensure interoperability and continuity in care, all very crucial for combating NCDs effectively and holistically.

When deciding on the policies and go-forward plan, we must also take into account the more technology-savvy consumer population. With an increasing younger population, Indian healthcare cannot neglect the significance of democratisation of healthcare and providing the younger generation a more real-time view of their health choices. The uberisation of healthcare is here to stay with more and more consumers demanding information in real time. The legacy view of health information dissemination and sharing would hold no relevance going forward.

More often than not, the challenge in some specific areas in India, such as with mental health or with women’s health is not with the lack of experts, but, with the taboo associated in connecting with these experts. So, for Indian healthcare ecosystem to be more progressive, it is imperative that all players engage in educating the population about the perils of neglecting these conditions in the fear of being ostracized, invest in removing such stigma and providing a forum for people to discuss such issues openly and without fear of being judged. Even for technology-based ventures, the challenge that needs to be overcome is to make the technology intuitive and personalised enough to be persuasive and bring about effective health behaviour change. Just like the rest of ecosystem players, players need to bet on the fact that the younger population is slowly but surely starting to realise the value of preventive care and the shift from curative to preventive is bound to happen.

Telemedicine for Bharat: What is the Right Model?

The triple economic burden faced by the healthcare industry