Home  »  Blogs  »  Guest Blogs  »  Is India catching up with the US in accessibility to novel drugs for lymphoma?

Is India catching up with the US in accessibility to novel drugs for lymphoma? 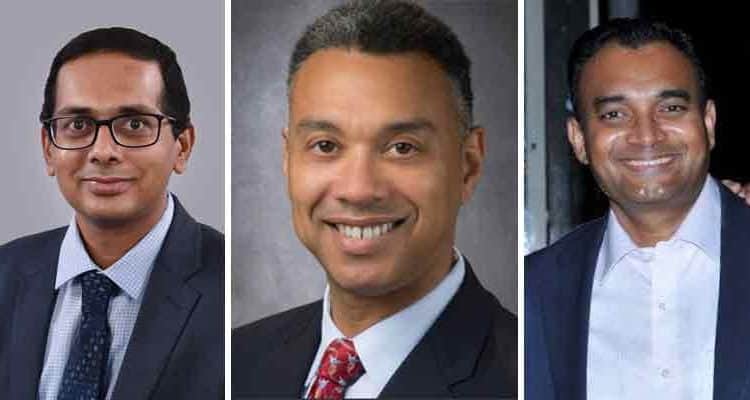 There are several new drugs to treat lymphoma including the immunotherapeutic approaches like chimeric antigen therapy (CAR-T) in the US. While CAR-T may not be available as yet, India has made strides in bridging the gap of access to the new drugs that have made a huge difference in the lives of people with lymphoma. Herein we summarise our recent publication in the JCO Global Oncology (https://ascopubs.org/doi/full/10.1200/GO.20.00012 published online on July 21, 2020) to understand the cancer care delivery and accessibility, cost and the potential impact on survival between the US and India with the entry of these novel drugs for lymphoma and chronic lymphocytic leukaemia (CLL).

Blood cancers are a significant public health problem worldwide and a leading cause of death due to cancers in the United States (US) and India. Over the past five years, the US Food and Drug Administration (FDA) has approved novel drugs called innovators, for several new indications in lymphoma and CLL. Since the approval of these novel immunotherapeutic and targeted therapies, the clinical outcomes and quality of life (QOL) has significantly improved for patients with these cancers. Most clinical trials for these novel drugs are conducted in the US, and soon after, these agents are available for use only in the US.

The approval for new drugs in India goes through Central Drugs Standard Control Organization (CDSCO)/ Drugs Controller General of India (DCGI) and generally lags by at least two to three years. With the expiration of patents, the generic versions of innovator drugs have improved accessibility for patients in developing countries including India.

The development of biosimilars (similar product as the innovator with similar efficacy) has also increased accessibility to biologic compounds. As a result, the development costs for these drugs are often less, and consequently, the drug cost can be less. But a decade lapses until generics and biosimilars reach clinical practice in India.

The cancer care delivery system in the US and India illustrates the difference seen between a developed and a developing nation. The US spends 17.8 per cent of the gross domestic product (GDP) on healthcare and often is first to adopt novel therapies. Most novel drugs approved recently for cancer are priced over $100,000 per year; a cost affordable only with insurance. Majority of the US population are covered by medical insurance. Besides, the Patient Protection and Affordable Care Act and legislation (2010) has expanded the insurance coverage to cancer care in the US.

Cancer care delivery in India is diametrically the opposite. India spends around 4 per cent of its GDP on healthcare. The low patient to oncologist ratio at 1:2000 in India adds to the increasing demands of cancer care. Most people pay out of pocket means for medical expenses, and only a minority have medical insurance. A substantial population residing in rural areas have little or no awareness and have limited resources to afford specialised healthcare. The regional cancer centres (RCC) in India provide care at a subsidised rate only to a limited population.The National Cancer Grid (NCG) is a recent initiative by the Government of India under the Ayushman Bharat- Pradhan Mantri Jan Arogya Yojana (AB-PMJAY) which extends annual financial support up to 5 lakh rupees for patients with cancer. The above policies by the Government of India (GOI) are steps in the right direction to improve cancer care delivery in India.

The average cost of new drug development is about $100 million, and the projected cost for a successful approval is approximately $1 billion; marketed drug prices are therefore higher. Generic medicines and the biosimilars that enter the system later can help to reduce the cost of the drugs. In the US, the Drug Price Competition and Patent Term Restoration Act (Hatch-Waxman Act, 1984), has led to the accelerated methodology for the approval of generic drugs.The number of these biosimilars and generics receiving approval in the US has been limited to date. Globally, however, there are various factors that may be responsible for the potential delay in the entry of generics into the market globally.

Effective management of lymphoid cancers can often provide long term survival if treated appropriately with novel drugs. Newer immunotherapeutic drugs which have entered the US scene in the last 5-7 years are also available in India. In view of a strong pharmaceutical industry support in India, the generics and biosimilars have substantially penetrated into the Indian market and made these novel drugs more accessible affordable. Since the approval of the first biosimilar (rituximab) in 2007, the biosimilar and generic market in India has seen an exponential growth.

There is a significant difference in the cost of drugs in the US and India for standard therapies for lymphomas and CLL. This difference is attributed to the method used to convert local currencies into US dollars. For instance, the cost of a commonly used targeted therapy (rituximab-innovator and biosimilar) for lymphoma and CLL is nine times lower in India as compared to the US (Rituximab 1000 mg is $1100 in India as compared to around $9500 in the US). Patient assistance programmes for these drugs have also substantially lowered the net price for these drugs in India. It remains to be seen if the outcomes are similar with these drugs in India, and larger data collection may be required.

Various strategies may be employed to improve the accessibility of drugs in India.  In this context, the role of compulsory licensing is worth considering. The Doha Declaration on mandatory licensing allowed member countries to circumvent patent rights to allow access to essential medications. Several hurdles exist in this path that needs to be addressed. A step in this direction would be to expand the market for biosimilars and generics in the US and India.

Further, global trials for these drugs may enhance accessibility. In India, the Prime Minister’s health insurance scheme caps the drug costs to reduce the financial burden.

Another step towards improving accessibility would be to provide universal insurance coverage. A systematic effort from the Government agencies and use of a hub and spoke model may be required to improve access of novel drugs in rural areas of India.  With these strategies, cancer care can be made available to all irrespective of their economic, social, racial, and geographical backgrounds.

Disclaimer: The views and opinions expressed in this article are purely personal.

How remote patient monitoring can aid in the fight against COVID

An era of overdue innovation and digital transformation in healthcare