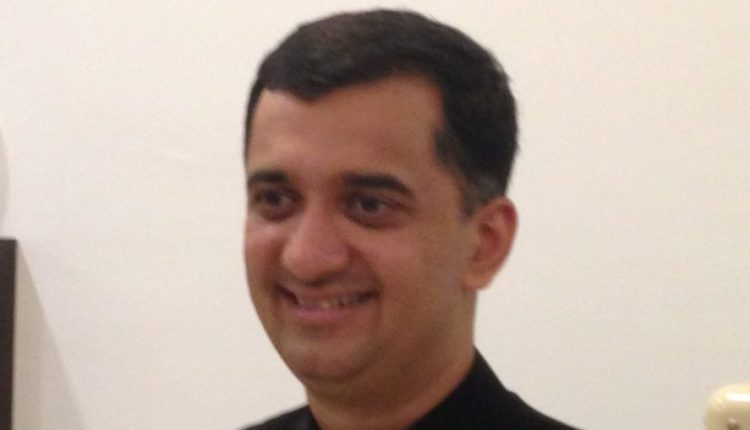 In 2014 in the same column, I proposed that the new government initiate a mass-based healthcare system on the line that exists in several western countries. We had also discussed about how to improve accessibility and affordability in healthcare, delivery and public health. Like much of the good work initiated in the last five years, the government seems to embark in the right direction in healthcare.

Ayushman Bharat would be the flagship programme in this field. It is an important milestone in the vision of universal health coverage. Coverage of a large family structure, inclusion of cashless facilities in all public and many private centres, reasonable amount of healthcare support characterise the inclusiveness of this mammoth exercise. 500 million Indians (more than the whole population of Western Europe) would be covered. In the first three months itself one million people benefitted out of this, saving more than Rs 3000 crore – exceptional achievements. We are very confident that as more and more private centres start enrolling, the extent of coverage and benefits would expand by leaps and bounds.

Let us now look at some ways of how we can take the healthcare policy to the next level. In doing so, we will look at the broader national health policy with Ayushman Bharat as an important but not the only fulcrum.

While the objective of Ayushman Bharat is to provide subsidised/free health care to a sizeable population, let us understand that in doing so, the programme is accumulating huge amounts of data of patients. This date contains vital information on demographics, epidemiology, patient characteristics, patients’ journey, diagnostics and treatment patterns and possibly outcomes. Most of these are often considered as gaps in evidence in India compared to what we can see in US/Europe or Korea and Singapore where most of the health records are available through hospital or insurance databases. One solution would be to incorporate Big Data analytics in analysing this mammoth data that exists. As the IT centre of the world, India has a large pool of IT experts and data scientist who can partner with healthcare providers in developing these databases. Once these databases are developed, we can analyse and provide invaluable information on our nation’s health identify where we are, identify the road blocks in screening, diagnosis and treatment. The next step would be to utilise artificial intelligence techniques along with current national and international evidence-based guidelines to predict screening and management options so as to develop local and uniform regional treatment protocols. On one hand, this will minimise variation in healthcare delivery and possibly outcomes. On the other, this will also play a clear role in making healthcare more cost effective and possibly reduce the cost burden in the long term. Finally, with collaboration with the private organised healthcare sector clinics and hospitals diagnostics and pharmaceuticals companies, we should also explore how we can make Ayushman Bharat as a stand-alone self-funding programme so that we can expand the overall coverage. I admit that not all this is achievable in five years, however if we make a strong start now – none of this is unachievable a point that the current leadership has proven over the last five years.

India is already the diabetes capital of the world. We have a risk of cardiovascular and renal disease crippling our middle age working population. Similarly, the prevalence of cancer is increasing. In many instances, patients are being diagnosed at a late stage thus excluding themselves of the benefits of early treatment which has even proven survival benefits. The priority of the government here should be to screen, diagnose early, promptly refer and ensure optimum treatment. The five most priority areas could be diabetes, cardiovascular disease, renal disease, oral cavity cancer and breast cancer with a possible quick expansion to other disease areas as well. This can be achieved through the second pillar of the national policy – the health and wellness centres. We expect approximate ~150,000 centres to be created closer to homes of people. While the government must establish these centres, they should look at partnering with NGOs, private groups and the industry in capability building and health awareness. Utilising the skills of project management of the private sector with the social infrastructure of the government would be a winning combination.

The public medical education system has often fallen behind the rapid technological advances in the last few decades. The private system is often for profit only. It is our moral responsibility that we create a generation of excellent medical leaders proficient in advanced knowledge and equally competent in human skills. They should be able to incorporate technology as a key decision driver and create centres of excellence here in India with focus on world class treatment as well as cutting edge research. In recent years, China has emerged as an example of high-class medical education. So also, centres in Singapore and Malaysia are recognised as local excellence centres in Asia Pacific region. The key differentiator for us is our people – how do we create the new generation of physicians and allied health professionals. The government should look at giving more freedom and autonomy, ensuring that there are avenues of international collaboration with top foreign universities, remove bureaucracy in research organisations and more importantly develop objective indicators on how the new education system is performing. It is prudent to invest now in our future generation of healthcare providers. We must make them ready to be an integral part of one of the top three economies in the world – by the time they are firmly rooted in their career.

The mandate received by Narendra Modi has not been seen in a generation. Over the last five years, significant achievements have been made on a strong foundation of will to make things happen. A lot of others remain unfulfilled. The next five years are the strongest opportunity for our national government to succeed in healthcare. The government needs to look at beyond 2030, create public private partnerships, leverage on aptitudes and skills of people outside the current system and hold oneself accountable for the healthcare priorities. In my 2009 article, I had mentioned that the government must be captain, player and umpire at the same time. May I add that sometimes they also need to be an active cheer leader which motivates players to perform well. How well they perform each role would determine the surety of success.

It is said that the National Health Services which were set up in 1948 in the UK under the visionary leadership of Clement Attlee and Aneurin Bevan was on the basis of fearlessness, daring and compassion. The current leadership has all these. Pradhan Mantriji –the time is right for you to create this extraordinary vision for our future generation. The hopes and aspirations of a 1.3 billion team are on you!