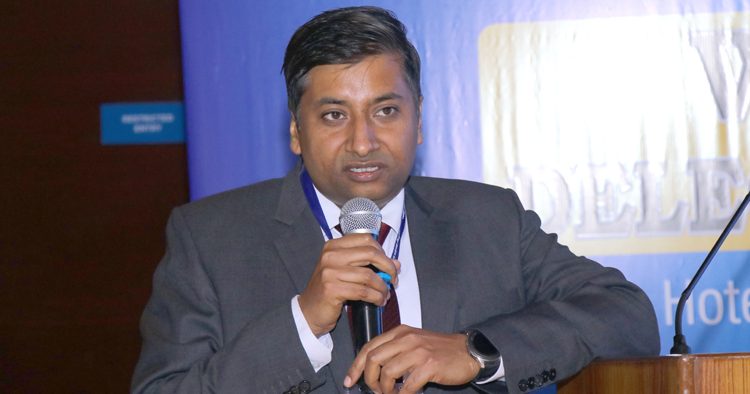 The moment one is diagnosed with cancer, it seems like a never-ending uphill journey of therapies and stress. But, did you ever think that most cancers are now manageable provided symptoms are detected in the initial stage? One of the silent threats, pancreatic cancer is rapidly emerging as prevalent forms of cancers in India. According to the latest Global Burden of Disease Study 2017, pancreatic cancer cases have increased by a factor of almost 2.3 times between 1990 and 2017. Because symptoms of pancreatic cancer are similar with other infections of the gastrointestinal tract such as weight loss, fatigue, jaundice (yellowing of the skin) etc. most patients do not learn about their condition till the time they have progressed to the advanced stage. The point of concern is, despite having minimally-invasive procedures and sophisticated technologies to directly visualise the pancreatic duct, barely 29 per cent of patients survive for a year without an interventional procedure.

Therefore, we need to diagnose these patients early in disease by spreading awareness about this medical condition and make people cognizant of the reliable clinical route to fight the cancer. Remember that it is no longer a deadly disease; in fact, cancer can now be treated in the initial stages with complete precision leading to improvement in post-surgical quality of life for the patients. Hence, it is time to prioritise gastrointestinal health and realise the importance of early screening procedures to fight the battle against a silent but life-threatening medical condition.

What is pancreatic cancer?

Pancreas is a vital pear-shaped organ placed behind the stomach and secretes insulin hormone and digestive enzymes into the blood and intestines. The insulin, in turn, helps to control blood sugar. Various digestive enzymes help in digesting fats, carbohydrates and proteins. The pancreas, thus, perform an essential role in better digestion and absorption of food.

The cancer is known to develop in the pancreas when the underlying cells multiply abnormally leading to development of cellular abnormalities. A variety of lifestyle choices such as, drinking alcohol, smoking and dietary habits can trigger the growth of the cellular malignancies. Genetics and family history of the cancers also play an important role in development of pancreatic cancer. Majority of cases can be asymptomatic in early stage or the symptoms could be as mild as chronic abdominal pain, weight loss, development of diabetes etc. jaundice may appear in later/ advanced stage of disease. In the case of jaundice, a patient may suffer from itchiness all over the body due to the deposit of bile salt crystals under the skin. Symptoms also depend on which part of pancreas is mainly affected by the disease.

One of the reasons responsible for the symptoms going undetected in the initial stage is because pancreas is located in the posterior part of the body. The location does not allow visible signs of the cancer to appear until the advanced stage. It is only when the cancer starts to involve other vital organs that a patient learns about the seriousness of the condition. A high index of suspicion is required on the part of treating physician to diagnose pancreatic cancer in early stage.

No reliable blood test is available to diagnose pancreatic cancer in early stage. Diagnosis relies on pancreatic imaging modalities such as USG, CT scan, MRI, endoscopic ultrasound (EUS) etc. However, to reliably confirm and treat cancer one needs to get a biopsy from it. Since pancreas is located deep inside our abdomen behind various vital organs it is very difficult to approach and biopsy it via conventional methods. Advent of EUS guided biopsy and FNAC has made this job very simple and has immensely helped in early diagnose of disease.

Main stay of treatment in pancreatic cancers remains complete excision of the tumour. Unless diagnosed very early in course of disease surgery is quite complicated. Even surgery is not feasible if diagnosis is made in advanced stage. However, a leap from conventional procedures, science has now enabled doctors to treat the cancer in a minimally-invasive way without putting patient at the risk of risky surgeries. For instance, after conducting MRIs, CT scans, ERCPs etc. if a patient displays symptoms of cancer, they can be immediately operated upon with the help of tools providing direct visualisation of the duct.

Cholangioscopy/pancreatoscopy, also called intraductal endoscopy, helps a doctor to directly visualise biliary and pancreatic ducts. Taking help of endoscopic ultrasound, a gastroenterologist can map the presence of malignancy in the pancreatic duct. The next step is to use a small endoscope and pass it down the oesophagus into the biliary or pancreatic ducts as required. The device comes with a tiny 1mm HD vision camera allowing a doctor to detect as well draw tissue samples to prepare further course of treatment. The innovative direct-visualisation technique not only detects cancer in a very early stage but also confirms it’s spread to the surrounding organs.

Growing at an alarming rate, pancreatic cancer is now a major health challenge. What we need to understand is that it is a curable cancer and timely detection and treatment can save precious lives. Therefore, it is imperative that we spread awareness about gastrointestinal health and make people aware about the possible therapeutic solutions.

Amidst the ongoing COVID-19 crisis, watching out technological breakthroughs can help…

Why adult diapers are a necessity for Indian healthcare practitioners