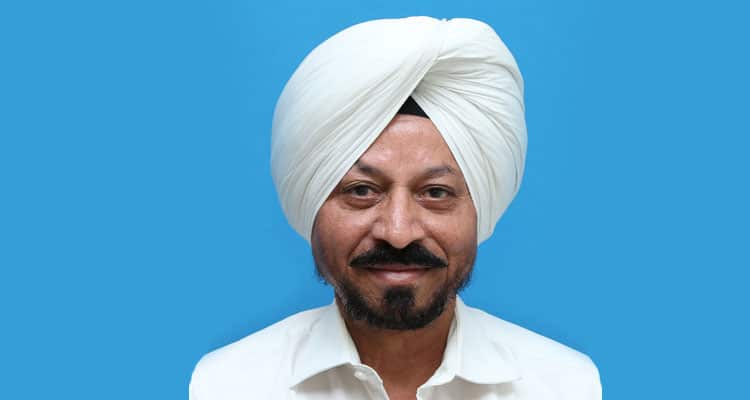 While the general populace of India continues to observe incrementally better health indicators, the health parameters of the poor tribal population still remain a matter of concern. Low birth weight, under-nutrition of children, lower body size of adults, anaemia, iron and vitamin A and B deficiency is prevalent in the tribal belts. Tribal women living in remote rural hamlets continue to battle multiple physical, mental, and social well-being challenges.

The health status of the tribal communities with an increasing number of anaemia cases, especially amongst women and children, clearly indicates their vulnerability. According to the National Family Health Survey, 2019-20 out of India’s 22 states and UTs, more than half the children and over 50% of the women from 14 states and UTs suffer from malnourishment.  Anaemia lowers individuals’ productivity, adversely impacts their income, and further increases their financial burden.  The pandemic has exacerbated the issue of anaemia with the deepening poverty and hunger in rural India.

Factors contributing to the prevalence of anaemia in India

As per WHO reports, it is estimated that one-third of all women of reproductive age are anaemic. The cases of anaemia are higher in women because of iron deficiency due to menstrual iron loss and high iron demands for a growing foetus during pregnancy. Moreover, a poor diet with increased consumption of rice and wheat and a lesser intake of vegetables leads to deficiency of necessary micronutrients in the body. Lack of education/ awareness regarding proper nutrition, the symptoms and the severity of anaemia is an essential factor that has made the issue more prevalent in India. For instance, weakness is often normalised by women and not taken seriously enough to demand medical attention. This leads to affecting the health of the children, who are born malnourished.

Efforts by a corporate trust to bring about a sustainable impact

Srinivasan Services Trust, the social arm of Sundaram-Clayton Limited and TVS Motor Company, has undertaken focused initiatives with the Govt./ District Administration to address anaemia in tribal villages Gudalur and Kotagiri, located in Nilgiris district in Tamil Nadu.  The tribal population is unevenly distributed in four blocks of the district. Gudalur block has the highest concentration of about 50% of the tribal population, comprising Paniyas, Kattunayakas and Kurumbas, followed by the Kotagiri block with 25% of the tribal population comprising namely Todas, Kotas, Irulas and Kurumbas.

Initially, a socio-economic survey was conducted before implementing the nutrition project in 10 identified tribal villages in Gudalur and Kotagiri. Further, the height and weight of the children ageing up to 12 years were recorded in coordination with ICDS workers. The necessary anaemia screening was conducted for 285 women with the help of a qualified medical team in association with the Government and District Administration commenced from January 2021.   As a part of this study, 94% of women were found to be anaemic.

During the screening, it was observed that most women lack essential nutrients like millet in their regular dietary intake. They had limited knowledge about the importance of proper dietary habits for nutrition and to sustain good health.

As part of the project, social and behaviour change strategies were used to change nutrition-related behaviours. Basis the advice from the Health Department, SST provided traditional food ingredients like Ragi, Samai, Groundnut, Kambu to the tribal families at an interval of every 15 days up to six months to augment their haemoglobin levels and bridge the nutrition gap. So far, 2392 kits of millets have been supplied by SST to identified 184 families by the end of August 2021.

A facilitator within the community was selected, trained and appointed for each village to monitor the regular intake of nutritious food by all the beneficiaries to ensure that they embrace the consumption of millets and cultivate millets on their own by creating community gardens. The facilitator also created awareness on preventive measures against various diseases, drug addiction, early marriage system, child labour and motivate students to be more regular at school.

After each attempt, it was observed that there was an improvement in the consumption of nutritious food. There was also an increased awareness of health and hygiene and the development of cultivation practice.

Furthermore, the pandemic outbreak impacted the residents’ livelihoods from Jawadhu Hills in Tiruvannamalai District in Tamil Nadu. There was a pressing need to support the communities caught in the vicious cycle of poverty and suffering from malnutrition with limited access to primary health services. There were clusters of hamlets in the hills, where medical services and nutritional supplements were not accessible. To address this concern, the corporate trust collaborated with the EKAM foundation to improve the health status of tribal communities. Five health camps were organised to diagnose key health challenges and provide practical sustainable solutions.

This intervention can be benchmarked as a best practice to encourage more corporates to achieve sustainable goals, which can uplift underprivileged communities and improve the overall healthcare system in rural India. Engaging volunteers from these communities can ensure the sustainability of a development project. The key objective that needs attention is to create a behavioural change, which can help drive the transformation. And this can happen only when the communities are well-equipped with relevant techniques that will aid them to be self-reliant and motivated in improving health and overall wellbeing.

Role of mathematical and statistical modelling in pandemic management