Home  »  Blogs  »  Guest Blogs  »  Screening, not Diagnostics is India’s need of the hour

Screening, not Diagnostics is India’s need of the hour 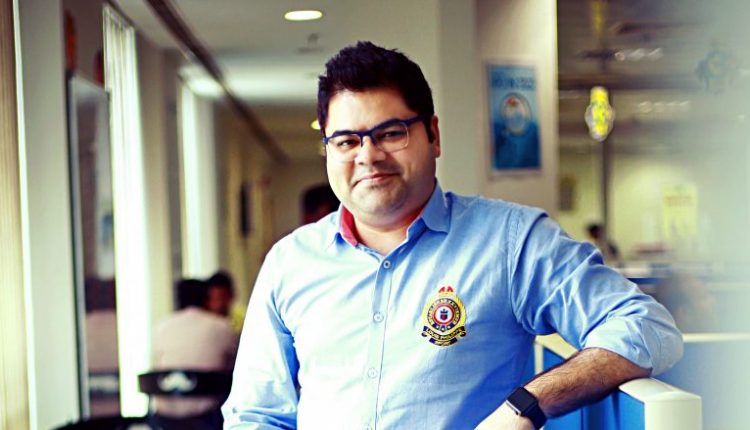 Deepak Sahni, CEO and Founder, Healthians elucidates on the importance of going for regular check-ups and not when things spiral out of control

Diagnostics is quite an all – encompassing and archaic term; however, for the medical fraternity it constitutes the first step towards treatment and accounts for over 70 per cent of the decision – making process regarding the same.

Diagnostics has two major sub-disciplines, viz. pathology and radiology which are accessible to the public through hospitals labs and clinics.

But for the patients the journey towards diagnosis is not quite so direct. Upon observing a symptom/s, the lay person usually resorts to self- treatment first by visiting the known local pharmacy and taking an OTC drug on the advice of the store personnel. It is only if the problem persists that he/she considers doctoral intervention and then comes the need to get diagnosed. Thus diagnosis, by its very definition and a result of Indians’ traditional habit of procrastination most often starts in a post-prescription scenario.

The criticality of proactive, preventive screening

While this makes sense, unfortunately 70 per cent of healthcare spends (of which 85 per cent is self- funded) come from the pockets of patients afflicted by lifestyle diseases. These problems by their very nature of being mainly non symptomatic for long remain undetected and unattended to until they become chronic. An average lifestyle problem can take up to 10 years to really become bothersome enough to put you on the path to diagnostics.

In a country where over half of the population is young (below 30) but prone to many- a- lifestyle issue, one must think differently. We need to recall the adage “a stitch in time saves nine” and learn to differentiate between screening (a preventive health check-up) and diagnostics. The former (covering the needs of a large majority of the cases) is anticipatory, undertaken in the absence of any visible symptoms, does not require a prescription, consists of a standard battery of tests and compares the examinees’ results versus pre-established norms. The latter is specific to a doctor’s prescription, is investigative in nature, meant for the evaluation of visible symptoms to identify the root cause of the ailment and decide the treatment strategy.

This concept will be better appreciated if one draws a parallel of the human body with a car. A brand- new car comes with a pre-defined schedule of time/mileage linked ‘screenings’ or a preventive maintenance programme. The owner is encouraged to adhere to the recommended timelines irrespective of whether he/she has faced a specific problem/breakdown/accident. Owners/drivers have developed a habit of taking the car for air, oil and brakes check prior to embarking on a long road trip as part of a long – standing routine.

This means we are aware of the benefits and the reasons why we need proactive screening but unfortunately our healthcare system lacks such education and awareness programmes unlike their marketing savvy car manufacturing counterparts.

It is indeed unfortunate that the fear of one’s car suffering a sudden break- down is much greater in our consciousness than that of another machine that toils 24X7, equally hard, if not harder and is irreplaceable – our own body. We are very focussed on ensuring that our car is cleaned and maintained according to the manufacturers’ diktat. Spare a thought for your body that is bearing the brunt of life’s stresses, lack of sleep, irregular circadian rhythms, junk food, long working hours and also think about those off roads bumpy rides it goes through with the top ups of alcohol and cigarettes you can’t/don’t avoid.

Just imagine a physical break down prior to boarding a flight to your dream vacation or just before a family event you have been preparing for. What about a debilitating ailment robbing you of your best career years?

The idea is not to create panic but an awareness and highlight the importance of making periodic health checks a part of our lives. This message is all the more relevant for the Yougistan brigade who need to remind themselves that while living life on one’s own terms is fine- the only thing that could stop you is your own health – or conversely, the lack of it!

I firmly believe that not only does India need more screening, but a far greater necessity is for this concept to get deeply rooted in our education and social systems. Awareness needs to be championed right from the primary education level and finally pervade all levels of society. It needs screening to be differentiated from diagnostics as a first step and then taking on the challenge of changing behaviour and mindsets, especially focussing on awareness amongst the youth. The role of effective and targeted incentives such as low insurance premium in concert with larger incidence and higher tax rebates is paramount. Such initiatives need to commence within the structure of government policy -thereby ensuring benefits from the state to its citizens. This needs a multiplier effect to be provided by the corporates who then aid in percolating these programmes to all its employees.

The above may not reduce the nation’s $3 trillion healthcare burden significantly but will definitely help in establishing a more favourable ratio between the population and the number of hospital beds/doctors.