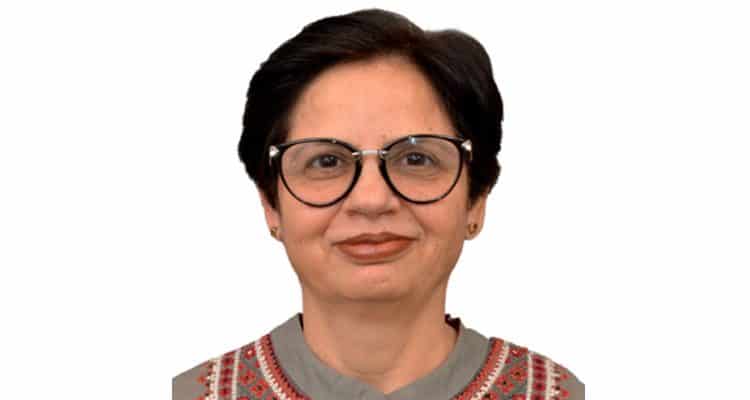 In 2019, World Health Organization listed antimicrobial resistance (AMR) as one of the top ten threats to global health, with the cost impacts of AMR on GDP projected to be worse than those of the 2018 financial crisis. Moreover, the COVID pandemic has taken all the attention and a lot of misuse and overuse of antibiotics is observed in the community during this period.

And since most of the direct and much of the indirect impact of AMR will fall on low and middle-income countries, Dr Anita Kotwani, Professor and Head, Department of Pharmacology, V P Chest Institute, University of Delhi explains why tackling the AMR crisis alongside COVID-19 is imperative to ensure public health is not compromised in the long run

COVID-19 has hijacked the world’s attention and majority of our national healthcare resources. The way being paved ahead for India to survive, and thrive, in a post-pandemic world is by becoming Atmanirbhar (self-reliant). Envisioned on five pillars – economy, infrastructure, technology driven system, demography, and economic demand – the aim is to shed our over-dependence on imports, give impetus to home grown industries and intensify our manufacturing capacities.

Another public health crisis which does not have clear visible symptoms to public but is as serious as COVID if not more, is antimicrobial resistance (AMR) or simply antibiotic resistance. In 2019, World Health Organization (WHO) listed antimicrobial resistance as one of the top ten threats to global health. AMR is resistance of a microorganism (bacteria, parasites, viruses, or fungi) to an antimicrobial drug that was originally effective for treatment of infections caused by it.  Among AMR, the biggest threat is antibacterial resistance (ABR) because common infections (respiratory, skin, wound, etc.) could become untreatable. Moreover, many common and safe surgical or medical interventions (cancer therapy, caesarean section, hip replacement etc.) could become impossible or associated with major risks.

A report (2015) by a renowned health economist, Jim O’Neil estimated that if no proactive actions are taken now to slow down the rise of AMR then by 2050, 10 million lives a year and a cumulative $100 trillion of economic output are at risk due to the rise of drug resistant infections.

The World Bank measured AMR’s destructive impacts on the global economy from 2017 through 2050. The World Bank reports that in a high AMR-impact scenario, the world would lose 3.8 per cent of its annual gross domestic product (GDP) by 2050. Even if AMR impacts are relatively mild, they would likely reduce annual global GDP by 1.1 per cent by 2050. The annual reduction in global GDP caused by AMR could be as large as the losses provoked by the 2008 global financial crisis.

However, the cost impacts of AMR on GDP would be worse than those of the 2018 financial crisis in two respects. First, they would be felt throughout the period to 2050, not just for a couple of very bad years. Second, with AMR, low-income countries would experience larger drops in economic growth than wealthy countries, so global poverty and economic inequality would increase. Most of the direct and much of the indirect impact of AMR will fall on low and middle-income countries.

WHO realised that AMR poses a multidimensional challenge – social, economic and environmental dimensions that encompass food production system as well as human and animal health. The ‘One Health’ concept captures this scope, by recognising the interdependence of human health, agriculture and animal health and the environment. Global Action Plan (GAP) on AMR is developed by WHO in collaboration and involvement of three other UN agencies, Food and Agriculture Organization of the United Nations (FAO), World Organization for Animal Health, Office International des Epizooties (OIE) and UN Environment programme (UNEP).

In line with the WHO Global Action Plan for AMR, India developed its National Action Plan for AMR (NAP-AMR) in 2017. To tackle AMR holistically, a good inter-sectoral governance mechanism is needed. India has Intersectoral Coordination Committee on AMR to oversee and coordinate policy decisions for activities related to AMR in all sectors in alignment with AMR-related public health goals.

NAP-AMR has six strategic priorities for containment of AMR and each priority area includes various activities involving all the three sectors (human, animal and environment) for awareness and education, optimum use of antibiotics, infection prevention and control, knowledge and evidence, research and development and leadership and collaborations.

One of the major drivers of AMR is antibiotic overuse and misuse which accelerates the growth of antibiotic-resistant strain of bacteria or any microbe. Resistant strain of bacteria or any microbes survive and grow and cause infections which are difficult to treat by available antibiotics. Antibiotics are not only used for human but huge amounts are used for livestock, poultry and agriculture including aquaculture.

One of the important aspects for containment of AMR is effective regulation aimed at optimising the use of antimicrobial medicines in human and animal health and for environment. Government of India is moving ahead in operationalising the various activities mentioned in NAP-AMR. Containment of AMR is one of the priorities for India. However, it is still a long way ahead. Moreover, the COVID pandemic has taken all the attention and a lot of misuse and overuse of antibiotics is observed in the community during this period.

From environment sector, one of the important industries responsible for discharge of antibiotics in the soil and water is the pharmaceutical industry. India is particularly vulnerable on this front as it is the ‘pharma factory of the world’ (manufacturing close to 85 per cent of global drugs) and is also the biggest consumer of antibiotics.

Studies conducted by scientists and international research organisations, have shown that this uncontrolled dumping of inadequately treated pharma effluent into water streams or common treatment plants results in creation of hotspots that are extremely conducive for growth of resistant bacteria. The problem of antibiotic resistance will only be multiplied if inadequately treated (antibiotic containing) waste water is allowed to seep into ground water or soil.

But all hope is not lost yet. In January 2020, the Ministry of Environment, Forest, and Climate Change (MoEFCC) circulated Draft Rules under Environment Protection Act, 1986 prescribing standards and permissible limits for antibiotic residues in pharmaceutical industry effluents. If the stringent measures are not diluted and enforced strictly, we would be one of the first countries in the world to have standards for antibiotic values in the pharmaceutical effluent discharge.

Regulating pharma industries to limit antibiotic effluents will be a positive step towards chasing the dream of building a sustainable Atmanirbhar India. After all, we should demand sustainability. And the only way to do that is by adding a sixth pillar – environmental growth and protection of public health. Let us strive to make a country which can be claimed proudly by our future generations.