The Product Innovation Gap: How can Indian companies Make For India 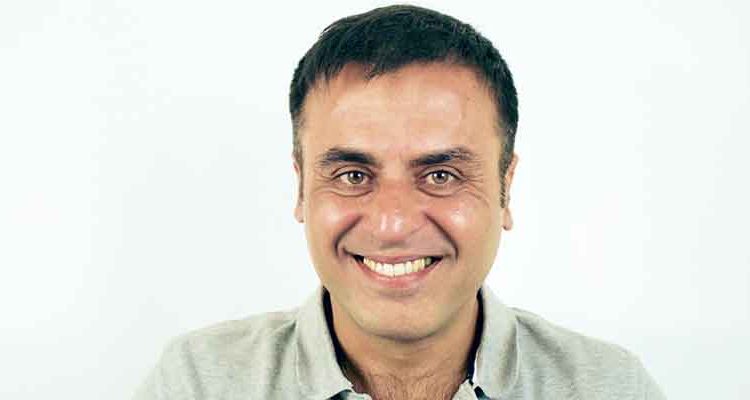 Siraj Dhanani, CEO, Founder, InnAccel opines on the need to innovate for a better way of life

India’s startup ecosystem has been making waves recently, with weekly announcements of ever-larger funding rounds, and newly minted unicorns. However, this exuberance masks the uncomfortable reality that technology-led product innovation (sometimes referred to as ‘deep tech’) is practically non-existent in India. Product innovation is the creation of novel physical products through the application of new technology to address unmet, or sub-optimally met needs. Product innovation needs to be distinguished from business model innovation- where a new way of doing business generates value. Today, practically all entrepreneurial activity in India focusses on business model innovation, aiming to disrupt established (offline) business models with new (digital) business models. Food delivery, online shopping, travel bookings, etc. all fall in this category. The abundance of such ventures is in stark contrast to the handful of ventures working in deep tech and creating technologies and products that can truly impact lives.

Even in large Indian companies, we only see incremental product innovation, at best. We celebrate our success in making a better or cheaper ABC (stent, prosthetic, car, pharmaceutical, etc.). However, the ABC that we optimise has always been created and first developed elsewhere, mainly the West. While such incremental innovation is incredibly important in increasing access and affordability of existing products, there are a host of Indian challenges that existing Western products cannot meet- and these require indigenous product innovation.

In the US and Europe, the first half of the last century saw the golden age of technological innovation, leading to a plethora of new products in practically all areas. This early, fertile, and frenetic innovation and entrepreneurial activity matured into large corporations that today dominate sectors like agriculture, electrical goods, power, transport, pharmaceuticals and product innovation increasingly became the domain of the large, faceless, corporate R&D group. However, in some sectors like medical technology, entrepreneurial activity and startups still drive product innovation. There is a symbiotic relationship between large MedTech companies and such startups, where the latter’s innovations are licensed, and marketed by the former.

In India (and the rest of the non-Western world), this organic process of technology innovation leading to patented products has not happened. And it is not for lack of innovative ideas. A recent issue of The Economist carried an article on a novel road technology that incorporates recycled plastic. A British entrepreneur, who now is a world leader in plastic additives, saw road crews in India burning waste plastic in potholes along with tar. When he enquired about this, he learnt that plastic makes the road stronger. The tragedy in this story is that the innovation was essentially Indian- however, it took a British entrepreneur to convert this innovation into a technology (through research in plastics), and into a patented commercial product. Needless to say, all the economic value of the innovation is captured by this entrepreneur. Why did an Indian, maybe a road engineer, not convert this innovation into a product? A definite answer is impossible, but this inability to convert local innovations (or jugaad) into new technologies and patented products is a key gap that we must successfully address if we are to transform India for the better.

Product innovation can have an outsize impact on society- especially in critical areas like healthcare. Our teams at InnAccel have been doing just that- spending months in hospitals to identify and deeply understand critical problems, and creating novel technologies to solve these problems. One of the problems we decided to tackle is the unacceptably high rate of lung infection and deaths (over 250,000 each year) in patients on a ventilator. Coeo Labs, InnAccel’s critical care team, discovered that the majority of patients on a ventilator die because of the lung infection they contract during the ventilation process. While lung infection can be prevented with skilled oral care by nurses, we still have such high infection rates due to over-worked and poorly trained nurses. Seeing this problem as a technology issue, the team decided to build a completely automated system, powered by artificial intelligence, to more effectively perform this vital process, and thereby reduce lung infection. This approach has led to a novel technology that’s patented globally, and a first-in-world device that will save countless lives when widely deployed.

Another tragedy we witnessed first-hand is the death of neonates during transport to the NICU. Over 50,000 babies die this way in India each year, as they are sent to a NICU for breathing support (CPAP), but die on the way as CPAP is not available during transport. Our research showed that over 75 per cent of babies transported didn’t have access to an ambulance, and were sent in rickshaws, private cars or buses with a rudimentary, manually powered breathing support called ambu-bag. Our team decided to build a CPAP system that can work perfectly in all settings, independent of infrastructure. The resulting product, Saans, is the world’s first CPAP system which is portable, infrastructure and electricity independent, and has a patented manual powering mode. Saans will provide NICU-level CPAP support to neonates in any scenario- whether at a maternity home or PHC to stabilise the baby, or during transport, in any mode, to the nearest NICU. Saans is a shining example of Make for India- a global innovation that addresses a specifically Indian challenge, albeit one also seen in other low-income countries.

Such innovation is possible in other sectors as well. Take agriculture, for instance. The agriculture technologies we use today were developed in the West in the early 1900s, for large farms, with the explicit goal of replacing animal labour. These technologies may not be optimal for the tiny farms that exist in India today- which may be better served by a whole new set of technologies and products that are aligned to the small-holding farmer. Or take transport. All the product innovation, little as it is, is seen in cars and in bikes- both Western products. The quintessential Indian product, the autorickshaw, has seen practically no innovation in the last 50 years. These and other areas such as water, waste management, construction, defence, are all ripe areas for needs-based, indigenous, innovation.

The government seems to be aware of this lacunae. In recent years, hundreds of Atal Tinkering Labs have been set up at colleges, and the Atal Innovation Mission has funded setup of technology incubators in key universities and public institutions. This is a start, but a lot more needs to be done if India is to excel in product innovation. Not doing so would be a missed opportunity to improve millions of Indian lives – whereas succeeding in this would make India the leading product innovation hub for global emerging markets.