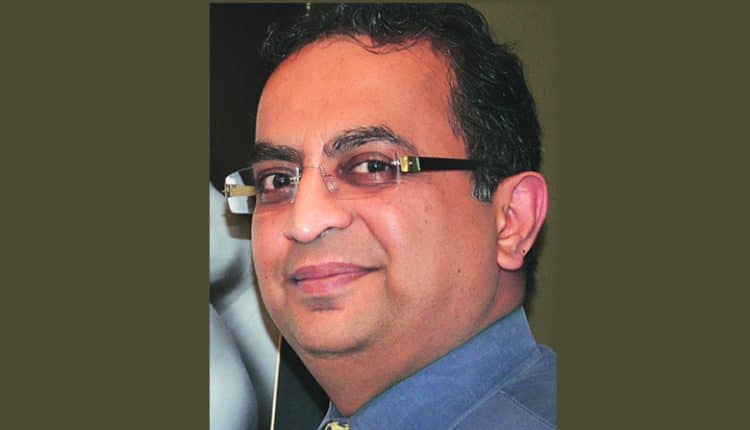 Not just in India, globally, many health systems are seeing revenues slashed in half and supply costs surging.  Dr Kishore Kumar, Founder Chairman and Neonatologist, Cloudnine Group of Hospitals, Bengaluru, shares his insights on how health systems and the provider community will especially be impacted economically and financially for years to come

The COVID-19 pandemic is a major global crisis with far-reaching implications on our health systems with most of our low-and middle-income countries struggling to achieve universal health coverage. They are particularly hard affected by the unprecedented challenge for healthcare systems and social policies worldwide. It was last week when WHO’s Director General said that the “pandemic has brought in disruption and has exploited the inequalities in our health systems and the schisms in our societies. It has exposed existing inequities, widening and deepening the cracks between us”.  Not just in India, globally, many health systems are seeing revenues slashed in half and supply costs surging. There’s uncertainty about when and how quickly service volumes will return. Health systems and the provider community will especially be impacted economically and financially for years to come.

In the 2019 Global Health Security Index, which measures pandemic preparedness for countries based on their ability to handle the crisis, India ranked 57, lower than the US at 1, the UK at 2, Brazil at 22, and Italy at 31, suggesting it is more vulnerable to the pandemic than countries that have seen a high number of fatalities so far. India’s investment in the health sector, dedicating only 1.3 per cent of its GDP, is now making it vulnerable to COVID-19. It contrasts with other developing countries like Brazil, which spends 7.5 per cent of its annual GDP on health; Bhutan, which has allocated 3.6 per cent; and Bangladesh, which dedicates 2.2 per cent. Among developed nations, South Korea has kept its healthcare expenditure at a whopping 8.1 per cent, Japan 10.9 per cent, and the US at 8.5 per cent.

India has a severe shortage of healthcare workers. There is one doctor for every 1,445 Indians as per the country’s current population estimate of 135 crore, which is lower than the WHO’s prescribed norm of one doctor for 1,000 people. In India, on an average, a government doctor attends to 11,082 people, more than 10 times than what the WHO recommends. In Bihar, one government doctor serves 28,391 people. Uttar Pradesh is ranked second with 19,962 patients per doctor followed by Jharkhand (18,518), Madhya Pradesh (16,996), Chhattisgarh (15,916) and Karnataka (13,556).

Lockdown and its impact on the health system

On 25th March, 2020, hoping to suppress the spread of the coronavirus, India began the world’s largest lockdown, affecting 1.3 billion people. However, the sudden move to close down all but essential services threw millions out of work and began a desperate exodus of migrant and day labourers out of the big cities and into the countryside to their home villages. The implementation of the lockdown left a lot to be desired. The period was wasted and not used to ramp up testing and other capacities. India is leading among all countries when it comes to the COVID-19 caseload. We suddenly also notice the rush to make vaccines which will take at least 12 to 16 months to be ready.

What is happening to thousands of patients who are suffering from other comorbidities in times of COVID? The Indian health system has to answer. Malaria and HIV/AIDS patients could arguably be the worst affected as reports about hydroxychloroquine and anti-retroviral drugs being used to treat COVID-19 patients has led to their acute shortage in drug stores. The list of diseases killing and disabling people is long in India, and every day that it ignores them, more and more are dying.

India’s healthcare infrastructure is incapable of dealing with this crisis today. Shortages in medical supplies and an inability to provide adequate testing are the major issues. However, the Prime Minister’s announcement to allocate Rs 15,000 crore for building infrastructure can strengthen the fight against coronavirus. Further, state governments are trying to expand facilities to deal with this situation. In India, there is a major shortage in the availability of beds in the hospitals. Bihar (one of the least-developed states) has 0.12 beds per thousand people, which is the state with the fewest beds per person. The states of Bihar, Madhya Pradesh, Rajasthan and Uttar Pradesh (the so-called BIMARU states) , where one in every four persons is below the poverty line, have less capacity than the national average and more than half of India’s population live in these (four) states.

An effective public health system that can assure the nation’s health requires the collaborative efforts of a complex network of people and organisations in the public and private sectors, as well as an alignment of policy and practice of governmental public health agencies at the national, state and local levels. Laboratories were overwhelmed with testing of samples, both real and false. Many of these systemic weaknesses were well-known but resources to address them had been insufficient. A strong and effective governmental public health infrastructure is essential not only to respond to crises such as these, but also to address ongoing challenges such as preventing or managing chronic illnesses, controlling infectious diseases and monitoring the safety of food and water. The much welcomed step was doctors and paramedical staff welcoming the government’s decision to bring an ordinance to protect the medical fraternity against the violence it has faced since the beginning of the COVID-19 pandemic and to punish wrongdoers.

Today’s public health system will be able to withstand existing and potential threats to the health of the nation only if its supporting infrastructure is strengthened. Unfortunately, major challenges confront those committed to assuring a strong infrastructure, and the research base needed for well-informed infrastructure development is sparse.