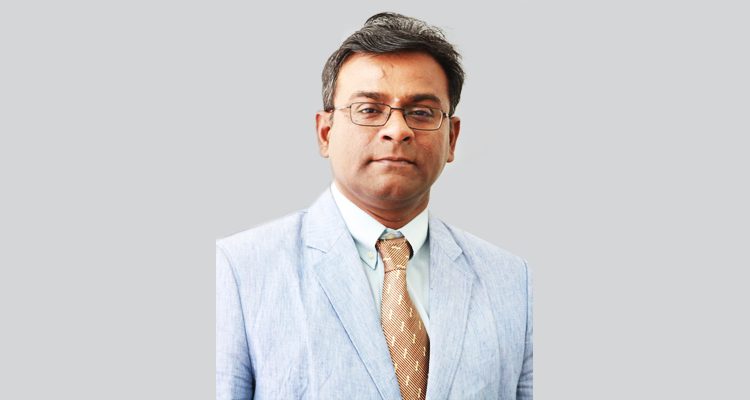 Dr Shankar Vangipuram, HOD, Radiation Oncology, HCG Cancer Centre Mumbai shares the benefits of SRS treatment as compared to other conventional methods, its uses in other forms of cancer treatment and how SRS treatment can lead to improved quality of life post treatment

Stereotactic radiosurgery (SRS) is a non-surgical radiation therapy used to treat functional abnormalities and small tumours of the brain. It delivers precisely-targeted radiation in fewer high-dose treatments than traditional therapy and can help preserve healthy tissues.

As per the Globocan 2018 report issued by the International Association of Cancer Registries (IARC) associated with the World Health Organization (WHO), the brain tumour is the 10th leading cause of morbidity in India. Over 28,000 new cases of brain tumours were reported annually. The incidence of this deadly disease is rising and different kinds of tumours manifest at different age groups. However, more accurate diagnosis, improved testing technology and greater awareness among people point towards higher detection rates.

SRS is used to treat types of brain tumours like benign brain tumours which also include meningioma, schwannoma, glomus tumours and pituitary adenoma. In the metastatic scenario, SRS is the current standard of care for single metastasis or multiple metastasis (in case of oligometastatic disease). Radiosurgery can be used as monotherapy with radical intent or as adjuvant treatment after surgery.

Moreover, SRS is also frequently used for functional disorders like trigeminal neuralgia and parkinson’s disease. Functional disorders are the conditions which do not have any anatomical change in the brain but patient experience symptoms due to altered physiology. Highly focussed radiation is used to target the area of the brain with functional abnormality causing the abnormal trigger alteration and treating the disease.

The knowledge acquired with the use of SRS for intracranial tumours has allowed the clinicians to explore the use of radiosurgery for malignant extra cranial diseases like lung cancer, prostate cancer, bone metastasis, spine metastasis, liver metastasis, pancreatic malignancies, recurrent head and neck tumours, and lymph node mass.

Three-dimensional imaging modalities such as CT, MRI and PET/CT are used to locate the tumour or abnormality within the body and define its exact size and shape. These images also guide the treatment planning in which beams of radiation are designed to converge on the target area from different angles as well as carefully positions the patient for therapy sessions.

The principle behind the SRS treatment is that it provides a higher dose of radiation in a smaller number of treatment sessions which improves the therapeutic ratio of radiation treatment.

Equipment used in the treatment

There are three basic kinds of equipment, each of which uses different instruments and sources of radiation:

*  The Gamma Knife – This uses 192 or 201 beams of highly-focussed gamma rays all aiming at the target region. It is ideal for treating small- to medium-sized intracranial lesions.

Advantages of SRS
* No hospitalisation, surgical cuts, blood loss or any other operative complications
* Lesser treatment time as compared to conventional treatment
* Growth of the tumour is controlled better
* Delivery of treatment from multiple treatment angles sparing the normal tissue
* Real-time tumour imaging during treatment delivery
* Better quality of life

SRS treatment is done in limited sessions (one to five sittings) as compared to normal radiation therapy, which uses smaller doses and the treatment lasts for a few weeks. The advantages of this treatment are precise and  non-invasive with excellent tumour ablation rate. Each beam has very little effect on the tissue it passes through, but a targeted dose of radiation is delivered to the site where all the beams intersect. The high dose of radiation delivered to the affected area causes the tumours to shrink and blood vessels to close off over time following treatment, robbing the tumour of its blood supply.

At HCG, we use advanced radiation equipment clubbed with an expert team to perform such modern radiation treatments. Being a painless procedure, SRS does not require any kind of anesthesia and the patient can be discharged immediately after the surgery.

Conventional therapeutic approaches have been ineffective in providing long-term management. Radiation therapy may be used with surgery or chemotherapy in the treatment of primary or metastatic brain cancers. External beam radiation therapy (EBRT) is the conventional technique for administering radiation therapy to the brain, but stereotactic radiosurgery has also become a standard treatment over the years. This modern technology makes it possible for neuro-oncologists to reach the deepest recesses of the brain and correct disorders that are not treatable through conventional surgery. Since there is no incision, there are minimal surgical risks and little discomfort. Adult patients may be lightly sedated but are awake throughout the procedure. As a result, patients experience less discomfort and have much shorter recovery periods, unlike conventional therapeutic procedures.

Improved quality of life has been documented with SRS as compared to conventional radiation therapy as it minimises the radiation dose to normal brain tissue. It has been observed that cognitive impairment is minimal in the case of SRS as compared to whole-brain radiation therapy. The treatment provides better memory sparing and reduces the risk of leukoencephalopathy and white matter loss. This, in turn, helps in reducing the risk of neuro-behavioural slowing, apathy, poor bilateral fine motor control, memory retrieval and frontal lobe executive dysfunction. The goal is to deliver doses that will destroy the tumour and achieve permanent local control.