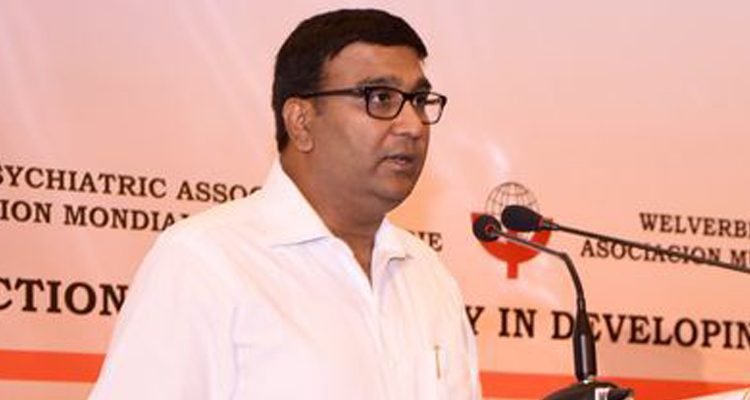 Mental health is as important as physical health, and it is extremely important for people to be cognizant of it. The need to destigmatise the notion that it doesn’t exist is critical. These conditions are just like any other lifestyle diseases. Men or women, regardless of age group, or children often don’t recognise when they’re experiencing a mental health issue and may not be comfortable discussing it. But, the consequences of poor mental health can be lethal.

While conversations around issues of depression, addiction, anxiety, suicide and post-partum are gaining momentum in society, the causes leading to them are also rising. Apart from the socio-economic-technological changes, leading triggers of mental health issues, individuals from the art, entertainment, sports or even from the corporate industry are increasingly getting impacted due to increased performance pressures, rising media and public scrutiny, and a need to maintain their elite social status. Depression, drugs, and alcohol abuse are the most common issues found amongst this group and are becoming endemic. Millennials, on the other hand, are getting addicted to technology and the internet. Social media and gaming addictions are one of the major addictions causing mental illnesses to the Millennials.

According to a report by the World Health Organisation, about 7.5 per cent of Indians already suffer from some type of mental illness, which is nearly one-sixth of all health-related disorders, and this figure, unfortunately, is only expected to rise. Despite the high prevalence, the patients who get the required treatment is very low. With less than 8000 psychiatrists and lack of mental healthcare infrastructure across the country, the treatment gap has risen to over 70 per cent. While there is a consistent rise in mental health patients owing to socio-economic technological changes, the commensurate capacity is not getting built.

According to the Ministry of Health and Family Welfare, an ideal ratio of psychiatrists to the population is about 1: 8000 but currently it is about 1:200,000 people, which is abysmally low. With regards to other mental health professionals, the ratio is even worse — the demand of clinical psychologists is 20,000 but only 1000 are available; for psychiatric social workers, it is only 900 against the requirement of 35,000, for psychiatric nurses, the need is 30,000, wherein only 1500 are available.

Acceptance and government-backed awareness towards mental health, provisioning of higher mental health care professionals’ seats in government colleges is needed on a priority. To give a further push, when NGOs licenses are given, a certain share of the allocation of services should be made mandatory towards treating mental health patients.

Funding shortage is a key concern

Mental health issues should get focus at par with other non-communicable diseases like diabetes, hypertension, wherein there is a 7 per cent rise in budget allocation (Budget 2020) towards overall healthcare sector, no rise in allocation towards mental health care is alarming. The budget allocated to the National Mental Health Programme (NMHP) has been abysmally low at Rs 40 crores.

While Mental Healthcare Act 2017 was introduced with a lot of promise, it has failed to deliver it yet, with only about 10 per cent of the funds being utilised vis-à-vis allocated. According to a study by the Indian Journal of Psychiatry, the conservative annual estimated cost on the government to implement the Mental Healthcare Act, 2017 would be to the tune of Rs 94,073 crore, wherein the actual current spending is not even a fraction of it.

Mental health issues might not cause immediate fatality but it leads to morbidity, as the patients may not be fit or be able to get employment, which ultimately leads to productivity loss. The cost incurred due to such productivity loss by far outweighs the spend the government needs to make to kickstart the mental health sector.

The government should contribute through funding and policy, and by creating a conducive environment for private participation

The need of the hour is the urgency and the seriousness of the government in building the mental health capacity. It must be noted that modalities of treatment differ with the type of disorders, which in-turn demand specific and thus additional resources and capacities from the service providers. Scaling-up of treatment services for mental health care would also require large-scale capacity-building mechanisms. This would mean enhancing capacities at all levels for professionals from the medical, para-medical social-sciences and behavioural sciences backgrounds. However, due to various reasons (resource crunch, inadequate capacities of service providers, a non-conducive legal and policy environment), it has been a challenge to scale-up the availability of effective treatments for mental health patients in India.

A wide spectrum of mental health illnesses needs higher and specific capacity, which is possible only through a PPP thrust. Taking a leaf out of one of the successful PPP models by Narayana Health (NH), the government should create a PPP push in the mental healthcare segment as well. NH operates about 45-50 medical centres (Hospitals, hear centres, primary healthcare facilities) and owns merely four institutes, with 30 lakh+ beneficiaries in Karnataka alone. It has implemented a similar scheme with the Assam government as well and is highly successful in improving the conditions of the healthcare facilities and infrastructure in these two states.

However, for this model to be emulated across, the central and state governments need to be proactive in releasing funds to the private players and should provide the requisite support in time as lack of any, results in the decay in the quality of services and renders the model to be inefficient. And hence, it is pertinent for the government to create a conducive environment for private players in this sector, and incentivise them for equal participation, wherein the government can take the investment risk, while private players would undertake the operational risk.

This way, patients can get quality and affordable treatment including increased access to healthcare in areas where earlier there was either no or limited access and the government can also build greater trust in public health systems, which lacks significantly today.