Home  »  Blogs  »  The significance of golden hour and platinum minutes

The significance of golden hour and platinum minutes 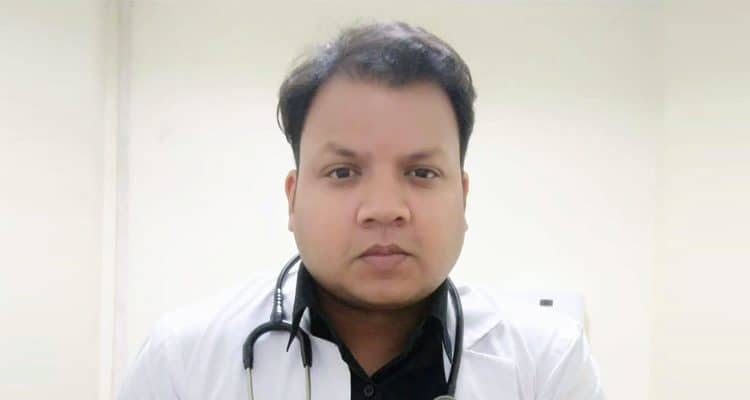 Dr Tushau Prasad, Emergency Physician, Wockhardt Hospital, Mira Road, shares his insights on the immense need of Emergency Medicine (EM) in India in view of the changing burden of diseases

Primary prevention measures and vertical programmes are essential in managing burdens of both, communicable and non-communicable diseases, but they do not offer the entire solution. For a significant population, particularly the vulnerable age groups and people with limited access to healthcare, their first encounter with the healthcare system is during an acute illness or injury and many a time, life-threatening too. For these patients, emergency medical services and expertise provides life- and limb-saving interventions during the acute event, while also serving as a gateway to secondary care and an initial contact point for implementing primary prevention strategies and policies.

Emergency Medicine (EM) is a relatively new speciality throughout the globe. As of May 2019, there are 82 countries in the world which recognise EM as a specialty. Thirteen countries from Africa, 27 each from Asia as well as Europe, 13 from America and two from Oceania recognise EM. The need for it in India is immense, particularly in view of the changing burden of diseases. There are likely more myocardial infarctions in India than any other country in the world and ischemic heart disease is of the leading causes of death in India. In India, the number of deaths in road crashes, both in absolute terms and per 1,00,000 population, is increasing monotonically. In 2017, 16 citizens were killed and 53 injured every hour on Indian roads as per officially reported data, while a fair number go unreported. This number represents a staggering 32 per cent increase in road traffic fatalities since 2007. A trauma-related death occurs in India every 1.9 minutes. Most of the people who pass away are young males who are the earning members of the family. In 2015, 1.46 lakh people died on Indian roads costing Rs 4.07 lakh crores, accounting for approximately three per cent of the country’s gross domestic product (GDP).

Communicable diseases are prevalent throughout the country, with a persistently high burden of disease secondary to malaria, dengue, enteric fever and tuberculosis, while non-communicable diseases (heart attacks, strokes, asthma, chronic lung disease, pregnancy-related deaths, etc.) account for 57 per cent of mortality among 30-69-year-old age group. The stroke burden in India is enormous with more than 1.5 million stroke cases per year, much higher than Western industrialised countries. The stroke disease burden in India has increased by nearly 100 per cent as per the Indian Stroke Association. Stroke incidence in India is higher (194-215 per 100,000 population) in rural areas as compared to the national average (119-145 per 100,000 population), while developed countries have witnessed a 42 per cent drop.

Emergencies and accidents are a frequent phenomenon in all parts of India. Every day, India faces the dual challenge posed by emergencies related to infections and communicable diseases and those related to chronic diseases and trauma. About 20 per cent of all emergency-related visits are related to trauma. We lack a uniformity of conventional four pillars of trauma care model: pre-hospital care, hospital network, communication organisation, and system-based in-hospital care and rehabilitation of residual disabilities, which are identified challenges.

The use of emergency room protocols at Wockhardt hospital – also known as standing orders, pre-printed order sets, advanced nursing interventions, advanced triage protocols, and computerised order sets have been recognised as a method of enhancing safety while expediting patient care. Protocols are institution-based guidelines, developed as per the best practices evidence for specific high-morbidity diseases or chief complaints that allow the emergency room to initiate diagnostic tests and interventions. Early implementation of protocols has been reported to decrease patients’ length of stay in the emergency department by making diagnostic test results available early, improving patients’ time to critical care and bed availability. Using protocols has also been shown to facilitate the early treatment of pain and decrease delays in critical interventions, such as antibiotic administration for patients with pneumonia, thrombolytic therapy for patients with acute myocardial infarction and ischemic strokes and blood transfusion for patients in shock post-trauma. Judicious use of advanced imaging in trauma patients helps in early diagnosis and timely surgical intervention, which ensures the best outcomes and early recovery.

The current scenario represents a unique challenge for the hospital emergency room to treat patients in the first hour itself in varied emergencies. To make sure Wockhardt ER provides quality care at all times, it requires timely intervention at all levels to assure the best outcomes. In Wockhardt hospital ER, there are dedicated codes based on protocols to manage high mortality and morbidity cases like heart attack (acute coronary syndrome) – code green, acute stroke – code white and polytrauma – code yellow. Our door to critical intervention time has been a testimony of our responses towards high-risk cases. We at Wockhardt hospital – ER employ shared decision-making (SDM) appropriate to enhance patient satisfaction and experience. This not only ensures better outcomes, but also takes care of the initial anxiety of patients and their relatives.

What Does the “Love Hormone” Do? It’s Complicated: Weizmann Institute of Science researchers

Redressing the health inequity between rural and urban areas

The evolution of breast cancer treatment