This year, the focus is on "tobacco and lung health" 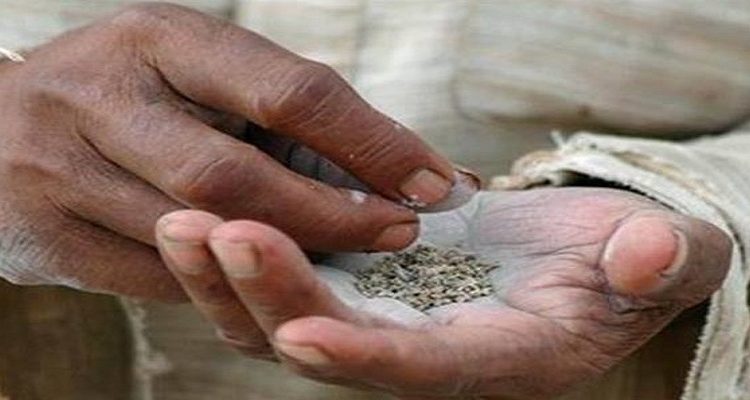 Every year, on 31 May, the World Health Organization (WHO) and global partners celebrate World No Tobacco Day (WNTD). The annual campaign is an opportunity to raise awareness on the harmful and deadly effects of tobacco use and second-hand smoke exposure, and to discourage the use of tobacco in any form.

On this occasion, P D Hinduja Hospital and Medical Research Centre has announced the launch of a first-of-its-kind initiative in the city, a proposal for Mumbai’s first ‘No Smoking Street’. It aims to protect the schoolchildren, patients, senior citizens, sportspersons and the residents from the harmful effects of passive smoking.

The hospital proposes to declare the 1.8 km stretch on Cadel road between the Kaapad Bazaar Junction (including the PN Kotnis Rd) and Chaityabhoomi (Sant Dyaneshwar Marg) as a ‘No Smoking Street’. The stretch houses a hospital, school, a religious institution, parks and the iconic Shivaji Park playground.

To garner public support, the hospital launched an on-ground as well as online (via its social media handles) signature campaign. Mascots garbed as cigarettes handed out pamphlets, urging the citizens to sign the petition for Mumbai’s first ‘No Smoking Street’ in interest of the health and wellbeing of the citizens. As of now, a total of 3,500 people with their signatures have pledged support to the initiative of a ‘No Smoking Street’. The hospital will now be submitting a petition to the Chief Minister of Maharashtra, Devendra Fadnavis, urging the government to take the step.

Elaborating further on the initiative, Joy Chakraborty, COO, PD Hinduja Hospital and MRC, said, “We feel proud to spearhead this initiative that calls for Mumbai’s first ‘No Smoking Street’. We launched this campaign in the interest of citizens who are passively being exposed to the harmful effects of smoking. We would also like to encourage citizens of Mumbai to get involved by signing the petition and having a say in creating a healthy environment. For us, this is a big step towards being a precursor for change and we hope to drive more such initiatives in the future as well. This concept can be further extended to other streets as well which have similar institutions.”

He added, “However, thanks to the advances in molecular genetics, it is becoming more accepted that the identification of genomic alterations in lung cancer can have great impact in the choices of drugs and in our understanding of patient-specific drug sensitivity/resistance profile. This has led to significantly higher therapy successes in lung cancer patients. Advanced molecular testing is now an integral part of lung cancer diagnosis and management.”

Cancer is the major disease caused by the consumption of tobacco but homeopathy can treat it better, informed Dr Kalyan Banerjee, Founder, Dr Kalyan Banerjee’s Clinic. He said, “Early lesions are often advised by oncologists to be surgically removed. This may mean removal of parts of the tongue, jaw and other parts of the throat or mouth. Homeopathic treatment by the doctors at our Clinic can potentially heal these early lesions without surgery. It is important to monitor these cases closely and detect any progression early.”

Explained Dr Kushal Banerjee, Dr Kalyan Banerjee’s Clinic: “Homeopathy provides extremely effective management in cases of cancers of the mouth and throat that have undergone surgery. Homeopathy medicines help in quicker healing, pain alleviation and prevention of recurrence. Very frequently, homeopathy works in conjunction with chemotherapy and radiation, leading to better-than-expected outcomes. The doctors at our Clinic, in fact, work closely with patients in various hospitals across Delhi-NCR to help them recover from their procedures. Often, the introduction of homeopathic treatment leads to a revised, shorter course of chemotherapy than the initial plan.”

Dr Neelesh Reddy, Consultant Medical Oncologist, Columbia Asia Referral Hospital, Yeshwanthpur, Bengaluru, said, “A generally floating misconception is that smoking is harmful for health. “However, any form of tobacco is dangerous. All of the tobacco products consist of nicotine, the chemical responsible for addiction. As many as 28 different chemicals have been detected either present in tobacco or are formed during the production processes that are cancer-causing agents (carcinogens). Chewing tobacco or consuming other smokeless products has been sometimes perceived safer as compared to cigarettes or other smoked tobacco products, largely due to the poor documentation of the health hazards associated with it. Smokeless tobacco is usually referred to a blend of tobacco that is chewed, sucked on or sniffed instead of being smoked. It consists of cut, ground, powdered, or leaf tobacco and is generally to be placed in the oral or nasal cavity. In some cases, nicotine is even swallowed and in some, absorbed through the soft tissues of the mouth. Regardless of the common belief, health experts point out that smokeless tobacco causes similar health risks as cigarettes as there is no such thing as harmless tobacco product.”

PM Modi has a tough act to follow: his own!

Consuming tobacco is knocking at the hell’s door. Here’s why!