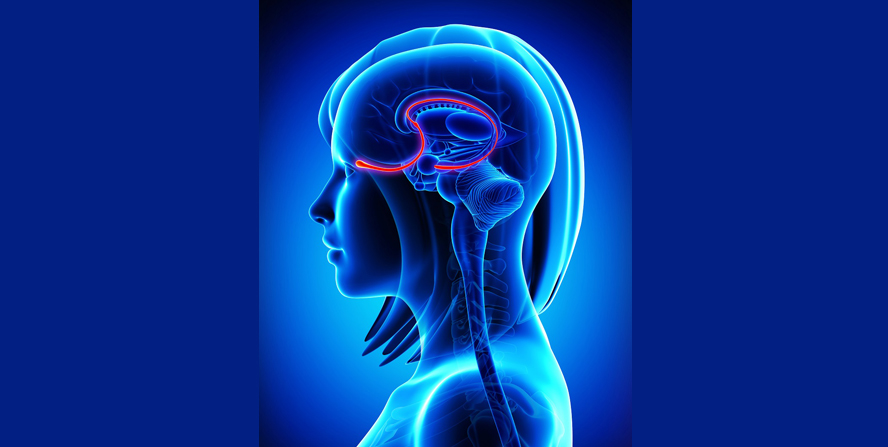 Around 0.6 per cent of women, more specifically, up to 4 per cent of left-handed women, have completely intact senses of smell despite having no olfactory bulbs in their brains

Is a pair of brain structures called the olfactory bulbs, which are said to encode our sense of smell, necessary? That is, are they essential to the existence of this sense? Weizmann Institute of Science researchers recently showed that some humans can smell just fine, thank you, without olfactory bulbs. Their finding – that around 0.6 per cent of women, and more specifically, up to 4 per cent of left-handed women, have completely intact senses of smell despite having no olfactory bulbs in their brains – calls into question the accepted notion that this structure is absolutely necessary for the act of smelling. The findings of this research, which were published recently in Neuron, may shake up certain conventional theories that describe the workings of our sense of smell.

In the majority of people who have functioning olfactory bulbs, nerve signals from receptors in the nose go first through the bulbs before being passed onwards toward the olfactory centre in the cortex. The prevailing theory has the olfactory bulbs combining the information from the six million receptors in our noses, of some 400 different types, and encoding a unique “odour” signal to be passed on. Thus, unsurprisingly, some people who are congenitally anosmic ‒ that is, they never had a sense of smell ‒ indeed have no olfactory bulbs.

Although the centrality of the olfactory bulbs in olfactory perception is the “textbook” view, in the 1980s and 1990s some researchers had removed the olfactory bulbs from the brains of rodents and found their sense of smell to remain functional. These findings, however, were not well received in the scientific community.
The new findings were unexpected: Dr Tali Weiss and Dr Sagit Shushan in the lab of Prof Noam Sobel of the Institute’s Neurobiology Department were conducting MRI scans of subject’s brains in the Azrieli National Institute for Human Brain Imaging and Research on campus. One of the subjects, who had stated her sense of smell was normal, was found to be lacking olfactory bulbs in her brain. The subject insisted: Her sense of smell was not only normal, it was excellent. “We tested her smelling faculties in every way would could think of, and she was right,” says Sobel. “Her sense of smell was indeed above average. And she really doesn’t have olfactory bulbs. We conducted another scan with especially high-resolution imaging, and saw no signs of this structure.”

At first the researchers, led by Weiss and research student Timna Soroka, thought this might be the sort of exception that does not disprove the rule. They took functional MRI (fMRI) scans of her brain and compared them with those of a control group. But they needed a unique control group. Since the subject was female and left-handed – both traits that can influence the organisation of the brain – the researchers invited other left-handed women to have their brains scanned for comparison. “When the ninth subject in the ‘control’ group also turned out to be lacking olfactory bulbs, alarm bells started ringing,” says Weiss.
The olfactory bulb, at around 58 mm cubed in volume, is visible to the naked eye in images, but, says Sobel, if someone is not specifically looking for this structure, they are liable to miss it – or to miss its absence. And because the differences connected to handedness can complicate datasets, some researchers even stick to right-handers, assuming their findings on such things as the olfactory system will be relevant to left-handers as well.

And yet once they started looking for evidence for this phenomenon, the research team found it in an existing database: that of the Human Connectome Project. Out of the 1113 brain scans in this database, many of them of identical twins, some 10 per cent are from left-handed individuals (around their incidence in the general population). And among the records contained in this open database are the results of smell tests given to the subjects. Weiss and Soroka, with the help of Liav Tagania, a high school student working on an educational project in Sobel’s lab, searched through the information in the database. They did not find a single male who had both an intact sense of smell and a missing olfactory bulb, but they did find four women with both. Of those four women, two were left-handed. “Even more amazing was the fact that the two left-handed women were identical twins, and their twin sisters did have olfactory bulbs. Each of those with no olfactory bulb in their brains scored better on the smell test than their intact twin sisters,” says Soroka.

How do these “exceptions to the rule” square with the commonly held view of the sense of smell? There are several possible explanations. One is that the highly plastic brain creates a “smell map” in a different part of these women’s brains. But another possible explanation is that these exceptions do disprove the rule. “Current ideas posit the olfactory bulb as a ‘processing centre’ for information that is complex and multi-dimensional, but it may be that our sense of smell works on a simpler principle, with fewer dimensions. It will take high resolution imaging – higher than that approved for use on humans today – to resolve that issue,” says Sobel. “But the fact remains that these women smell the world in the same way as the rest of us, and we don’t know how they achieve this.”