A race against time: Chasing procalcitonin biomarker in early sepsis diagnosis and prognosis of COVID-19 patients 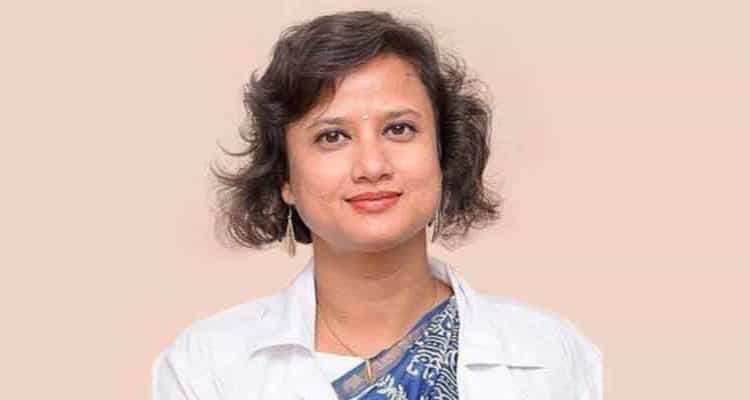 Sepsis, a widespread medical emergency, is the leading cause of hospitalisations and hospital deaths. It is defined as life-threatening organ dysfunction caused by a impaired regulation of host response to infection. The biomarker like Procalcitonin (PCT) plays an important role in urgent, life-saving management of early sepsis.

September 13 is World Sepsis Day. Sepsis, a life-threatening condition results from the body’s response to infection injuring its own tissues and organs. It is frequently a final common pathway to death from many infectious diseases worldwide. Organ dysfunction is depicted as a change (≥2) in the Sequential Organ Failure Assessment (SOFA) score. Sepsis-3 Task Force also introduced a bedside index, “qSOFA” (quick SOFA score), to identify outside of critical care units patients with suspected infection to predict sepsis.

Sepsis accounts for almost 20 per cent of all global deaths. According to recent studies, sepsis kills 11 million people each year, many of them are children. In the last decade, the number of reported emergency department cases has tripled, exceeding the number of myocardial infarctions.

Sepsis – the importance of early detection, racing against time

Bacterial infections enter the bloodstream, causing systemic infection and an extreme immune response resulting in a condition known as sepsis. Sepsis requires immediate treatment for reduced mortality and morbidity rates. Each hour of delay in the initiation of effective antibiotic administration increases sepsis mortality. 80 per cent of deaths could be prevented with rapid treatment.

Sepsis can be difficult to identify in the initial stages, and it presents a considerable diagnostic challenge to emergency department and intensive care clinicians. When sepsis goes undetected for too long, or if effective antibiotic treatment is not initiated quickly enough, it can rapidly progress to septic shock, becoming ever more lethal as the severity of the condition increases.

The risk of mortality increases by 7.6 per cent with every one hour delay in administering antibiotic therapy in septic shock patients with hypotension. Sepsis is increasingly recognised in patients with upper respiratory complaints such as community-acquired pneumonia, and is especially prevalent in the elderly.

PCT is the 116-amino acid precursor of the hormone calcitonin. PCT has emerged as a biomarker to aid in the diagnosis of sepsis and with a high potential to improve the clinical assessment of patients. The production of PCT gets stimulated in almost every organ by inflammatory cytokines and especially bacterial endotoxins present. During sepsis, high amounts of procalcitonin are released in the blood. Therefore PCT, induced by (particularly bacterial) stimuli, has chemoattractant and endothelial modulating properties.

This allows PCT levels to be used as a biomarker of e.g. sepsis. The higher the level of PCT, the greater the likelihood of systemic infection and sepsis.

The favourable kinetics of PCT potentially enables earlier diagnosis of sepsis and better monitoring of its progression. The primary utility of PCT is therefore to unravel the presence of systemic bacterial infections such as sepsis, and numerous studies have investigated the potential roles of PCT in diagnosis and management of sepsis.

Because of its high sensitivity for infections, PCT is widely acknowledged to aid in the diagnosis – or rule-out – of bacterial sepsis. Few meta-analysis studies showed PCT testing is used as guide of antibiotic discontinuation in the ICU.

For a long time, standard blood culture techniques represented the only reliable tool to diagnose sepsis. Blood culture is still the “gold standard”, but has many disadvantages, like, long turnaround time, additional day for testing antibiotic susceptibility, large sample volume and risk of false negative results after initiation of antibiotic therapy. Due to the limitations of blood cultures a large number of serum sepsis markers has been commercialised over the past decades: C-reactive protein (CRP), interleukin 6 (IL-6), blood lactate etc.

CRP is acute phase protein, predominantly synthesised in liver, induced by IL-6 and other cytokines. It also activates coagulation.

Compared to C-reactive protein (CRP), PCT is frequently used to aid in the diagnosis of systemic inflammation and infection. PCT has superior biokinetics, characterised by concentrations increasing earlier in the event of bacterial infection and sepsis; and decreasing faster in case the infection is controlled.

Interleukin 6 (IL-6) is pro-inflammatory cytokine; causing very early response to tissue damage. It induces inflammation. It increases with organ dysfunction and shock, but no differentiation of sepsis from SIRS. Therefore, IL6 has low specificity for bacterial infection.

Another sepsis biomarker, blood lactate measurements have become a valuable indicator of deficits in oxygen metabolism and mitochondrial function that occur in sepsis, and help guide appropriate therapy. An elevated or rising lactate may signal a need for more aggressive medical interventions. Therefore, CRP, IL6, PCT and blood lactate are used as essential biomarkers for sepsis diagnosis and prognosis.

Recently, few studies reported that elevated PCT levels are positively associated with the severity of COVID-19. One meta-analysis also published that increased PCT values are related to an ~5-fold higher risk of severe SARS-CoV-2 infection.

We have done a small study to test significance of routine laboratory markers in Kokilaben Dhirubhai Ambani Hospital & Medical Research Institute. A total of 528 subjects were considered for the study which included 370 male (70 per cent) and 158 female (30 per cent) subjects. These subjects fall in the age group of 12 years to 93 years (median age 61 years).

Forty healthy adults without any history and clinical evidence suggestive of COVID-19 and without any comorbidities, like diabetes, hypertension chronic lung disease, cardiac disease, cancer and immunocompromised individuals were considered as a control group for the study.

PCT can be used as biomarker to determine prognosis, suggesting associated bacteraemia.  To check the sensitivity and specificity of the sepsis marker, receiver operating characteristics (ROC) curve analysis was carried out. ROC curve is an assessment for identifying the test accuracy. The area under the curve (AUC) determined from the ROC analysis is equivalent to the probability that the particular biomarker is higher for the infected patients (case group) than that for the healthy population (control group). ROC analysis for PCT showed area under the curve (AUC) of 0.81 in Figure 1. This suggests good accuracy as prognostic marker (0.80 -0.90: good accuracy).

Among them, two adult male patients were used as representatives to show the trend analysis in PCT values during the course of hospital stay (Table 1 and Figure 2).

Table 1: Trend in PCT during the course of hospital stay

Figure 2: Trend analysis in PCT (ng/ml) during the course of hospital stay

Therefore, PCT can be used as additional marker to determine prognosis in hospitalised patients.

There is need for standardisation of PCT assays, as there is variability of results provided by the different commercially available PCT assays.  IFCC WG – PCT is working to develop and validate a reference measurement procedure for absolute quantification of PCT.

Based on the current situation of mortality and morbidities caused by sepsis, it has become imperative to have a serious plan of action and create awareness on prevention of sepsis. For patients who have already developed sepsis, it is inevitable to constantly monitor the patients with the help of biomarkers like PCT.

PCT has additional role in tailoring therapy and antibiotic stewardship in sepsis management. In recent corona virus pandemic, PCT can be used as additional marker to determine prognosis in hospitalised patients. PCT testing in ICU patients provides prognostic information, improves antibiotic therapy decisions and can improve clinical outcomes. Prevention of sepsis is the best way to curb this condition but in rest of the cases, early detection can help in effective therapies and timely management.

What do clinicians look for in digital health products?