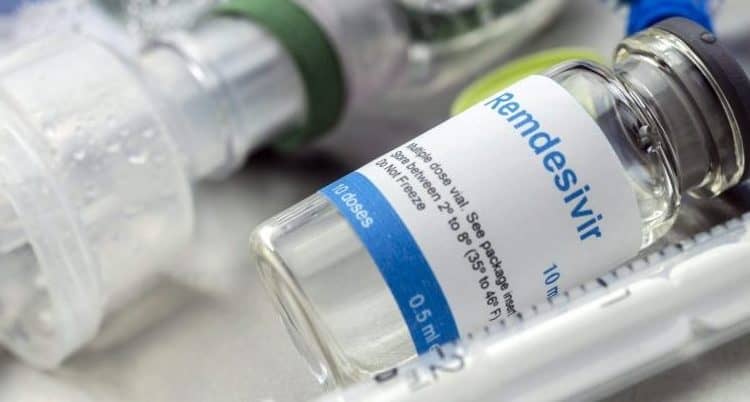 Following WHO’s recommendation to not use remdesivir to treat COVID-19 patients, healthcare experts and activists discuss next moves and seek alternatives until a COVID- 19 vaccine becomes accessible to the Indian population.

Bejon Misra, Founder Director, Patients Safety and Access Initiative, said, “As a member of the UN and party to the World Health Organization (WHO), we are bound to look into such advisories by the WHO in the interest of patients. Therefore, the DCGI should immediately constitute an expert committee to look into the advisory and come out with India’s position on the use of remdesivir on COVID- 19 patients.”

Misra also suggested that use of such drugs should be kept in abeyance till it is not established and safe and has the necessary efficacy required for treating COVID 19 patients.”

Dr Sheetal Chaurasia, Consultant – Pulmonary Medicine, Manipal Hospitals Whitefield said, “I don’t see DCGI banning remdesivir in near future, despite the recommendation by the WHO. In clinical practice, we have seen results, there may not be a definite mortality benefit but it definitely reduced morbidity, duration of symptoms. NIAID’s study data in the US also have concluded that a 10-day course of remdesivir is better than placebo in the treatment of hospitalised COVID-19 patients. It suggests that their remdesivir treatment protocol may have prevented the progression of a more severe respiratory disease. It definitely appears to be lifesaving if given early in the disease.”

Similarly, Dr Ishita Viney Kumar, Junior Resident Pulmonology, with an experience of working in multiple COVID hospitals in Bangalore and Mumbai, expressed, “Till present, largely the role of none of the drugs used in COVID-19 have shown 100 per cent efficacy. However, from my experience and largely in many hospitals all over Karnataka, remdesivir has shown to be beneficial by reducing mortality rates in ‘moderately ill’ COVID-19 positive patients, if given within the first 10 days of being symptomatic; and in patients with comorbidities like hypertension and diabetes, usually for a course of five days. However, it is contraindicated in patients of renal failure and liver failure and hence, cannot be used as an emergency drug since the kidney and liver should be assessed before beginning a course of remdesivir.”

Responding to the implications if DCGI initiates a ban on remdesivir, she continued, “It is difficult to judge if the DCGI will ban it, since this has still been one of the medications that have shown some positive effects in COVID- 19 treatment, and is being widely used in the majority of hospitals in cities like Mumbai and Bangalore. However, we do follow all procedural guidelines provided to us, and in case of a ban, we will have no other choice but to proactively look for other alternatives to control mortality rates.”

Dr Babu KV,  Founder Member, ADEH, commented, “The DCGI is yet to revisit some of the earlier decisions taken based on the evidence at that point of time. Hence, I don’t think that the DCGI will withdraw the earlier decision on remdesivir. Anyway, this is not the method of science and I hope, DCGI will act based on scientific evidence in future.”

Dharmesh Shah, CMD of BDR Pharma, a company which manufactures generic remdesivir in India, said, “I believe the Indian patients have evidenced the benefit of remdesivir. For sure remdesivir helps in reduction of viral load and early recovery and there is a large number of COVID patients benefited in the country. I also believe that geographically there are different climate zones and population, which have different acceptance levels of medicines and can’t be generalised.”

He said, “I don’t believe that we have any other choice of medicine available now for moderate to severe patients. Therefore, my question to the WHO is, do they have a concrete solution or medicine to recommend till the time the right vaccine comes and becomes accessible/available to masses?”

Other experts have also expressed a similar concern that if not remdesivir then what could be an alternative?

Responding to WHO’s recommendations, Gilead’s spokesperson said, “Veklury is recognised as a standard of care for the treatment of hospitalised patients with COVID-19 in guidelines from numerous credible national organisations, including the US National Institutes of Health and Infectious Diseases Society of America, Japan, UK and Germany. These recommendations are based on the robust evidence from multiple randomised, controlled studies published in peer-reviewed journals that demonstrate the clinical benefits of Veklury, such as significantly faster recovery, which can free up limited hospital resources. We are disappointed the WHO guidelines appear to ignore this evidence at a time when cases are dramatically increasing around the world and doctors are relying on Veklury as the first and only approved antiviral treatment for patients with COVID-19 in approximately 50 countries.”