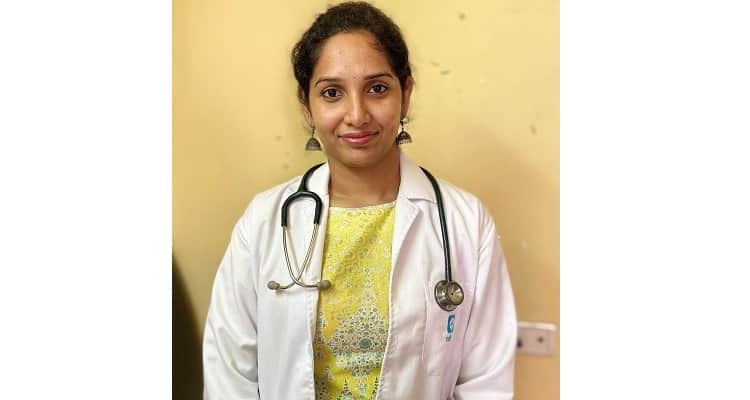 Next to vaccination, breastfeeding is considered one of the most important public health interventions that doctors can impact. To mark World Breastfeeding Week, Dr Sreelekha Daruvuri, primary care physician, Mfine advices doctors on the importance of addressing apprehensions and helping new mothers start breastfeeding as soon as possible

The best natural food source that changes according to the needs is breast milk. It’s not an exaggeration to say that breast milk is the best source of nutrition and there is nothing that can beat it as an optimum food for the newborn.

We do have alternatives but those are not tailor made for the newborn. Other sources have many drawbacks, like the hard-to digest protein in cow’s milk or lack of protective antibodies in formula milk and many more.

Why should we care about breastfeeding?

Next to vaccination, breastfeeding is considered one of the most important public health interventions that doctors can impact. Breastfeeding for at least two months reduces the risk of Sudden Infant Death Syndrome (SIDS) by at least 50 per cent. Not just the infant, the mother too benefits from breastfeeding.

Most mothers have many apprehensions about breastfeeding. With proper guidance and support, breastfeeding can be successfully established in new mothers. Doctors are an important part of the integrated team that can support and promote breastfeeding. So it’s important to help breastfeeding mothers, while being sensitive to those who opt not to breastfeed.

Mothers should be encouraged to breastfeed as soon as possible post delivery or within the first hour. Establishing skin to skin contact is also important, be it C section or normal delivery. The more the delay is, the greater will be latching difficulties and impact on production potential. The procedure or interventions will have an impact on latching.

Also, the interventions can impact the weight like in epidural anaesthesia, newborns can have more water percentage due to the excess IV fluids given to mother and when they lose this in the form of urine, apparently it is seen as excess weight loss.

Even when the weight loss is real, improving breastfeeding should be the first intervention instead of advising formula feeds. Professional support is to be given for proper latching and position of baby and express feeding between breastfeeding.

The problem could be with the position. Teaching the mother on how to establish skin-skin contact and tickling baby’s lips with nipple as well as checking the contour of the lips and swallowing sounds will help her monitor the process much better.

Forcing a baby to feed is not going to help and responding to the cues is the main key hand expression should be done and feeding by spoon to maintain the production of breast milk supply.

If there is an issue of flat nipple, mothers should be encouraged to use simple techniques like reverse pressure softening instead of rushing to use the bottle feeds especially in the early days which will affect the latching and subsequent flow.

Not enough milk for the baby

Most mothers have this very common doubt: do they have enough milk, especially with small breast size. Assure the mother that the number of feeds is more important than the gap between the feeds.

It’s also important to let the mother know that the number of wet nappies (six at least per day) and weight gain is more important than anything else to understand if the baby is getting enough milk.

Assure the mother that the baby can feed for 5 min to 45 min and if the feeding session is for more than 45 min consistently then she should approach an expert.

Avoiding artificial nipples in the form of bottles or pacifiers is to be emphasised. If babies cry or appear unsettled even after feeding, mothers should be educated that it does not necessarily mean the baby is hungry and simple skin to skin contact can help.

While few mothers feel they do not have enough milk supply, others have trouble with breast engorgement. The most common reason for this is improper position and latching.

Instead of taking milk suppression drugs or doing anything, mothers should be advised to check for proper latching and express milk if baby is unable to feed well for a couple of days. If the problem persists, she should see a lactation specialist and take advice but ensuring to express milk at least eight times per day

There are still many misconceptions and taboos when it comes to breastfeeding in our country. Right information and approach will help new mothers to actually deal with breastfeeding problems.