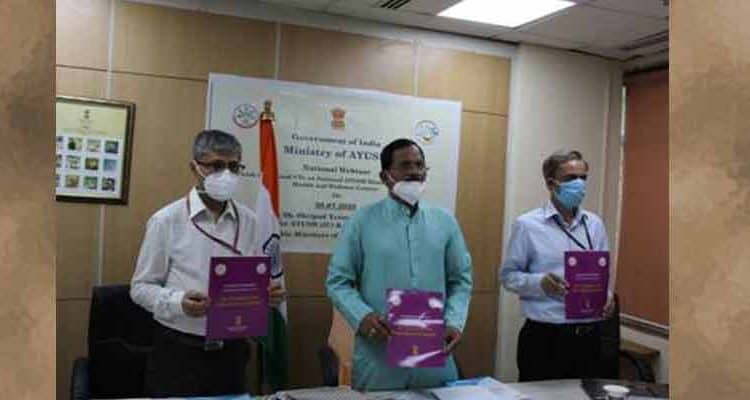 Sh. Shripad Yesso Naik, Minister of State (I/C) for AYUSH chaired a webinar of Health/AYUSH ministers of all the States/UTs to review the centrally sponsored scheme of National AYUSH Mission and Operationalisation of AYUSH Health & Wellness Centers (HWCs).

The Minister launched a dedicated web-portal for National AYUSH Mission to submit their annual action plans, utilisation certificates, physical and financial progress reports, information related to DBT etc. to the Ministry, as a move to bring in transparency. The Minister also released four publications including operational guidelines for establishment of AYUSH HWCs.

15 Health/AYUSH Ministers shared progress on the operationalisation of AYUSH HWCs and implementation of National AYUSH Mission in their states/UTs.