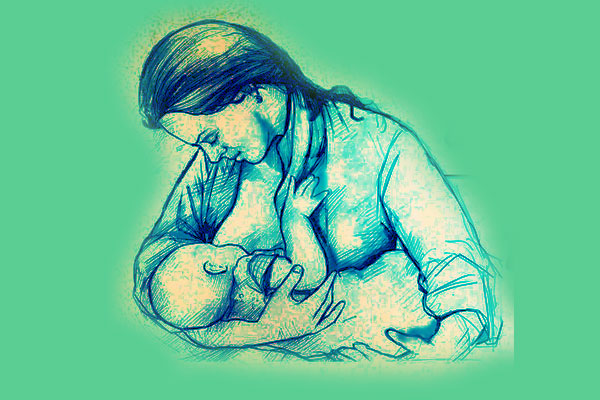 Breastfeeding has also earlier been suggested to cut the risk of asthma and benefit the mother’s wellbeing. There are ongoing efforts worldwide to improve the rates of breastfeeding, and the WHO has the goal of having more than half of infants worldwide being breastfed exclusively for at least six months by 2025.

Speaking about this,Dr KK Aggarwal, President, HCFI, said, “Breastfeeding is an essential requirement for infants at least up to the first 6 months. Exclusive breastfeeding can reduce chances of infections and diseases by building their immunity. However, there could be several factors that discourages women from breastfeeding: lack of designated places for women to feed the child, minimal understanding of the concept and family pressure. In addition, there are many infant feed formulations available in the market. This is sometimes projected as a healthy alternative and can be a deterrent to breastfeeding.”

Breast milk is rich in antibodies and enzymes that offer a child protection against several diseases. “Studies have found that children who are exclusively breastfed also gain weight better, have higher IQ, better immunity and are less prone to allergies and infections.

Adding further, Dr Aggarwal, said, “Colostrum is like ‘liquid gold’ for the baby. It is rich in fat and antibodies and coats the baby’s gastro-intestinal system. When the baby is out of the mother’s womb, it is attacked from outside by several factors. It is the colostrum that offers protection.”

The following points are a must to remember after childbirth: