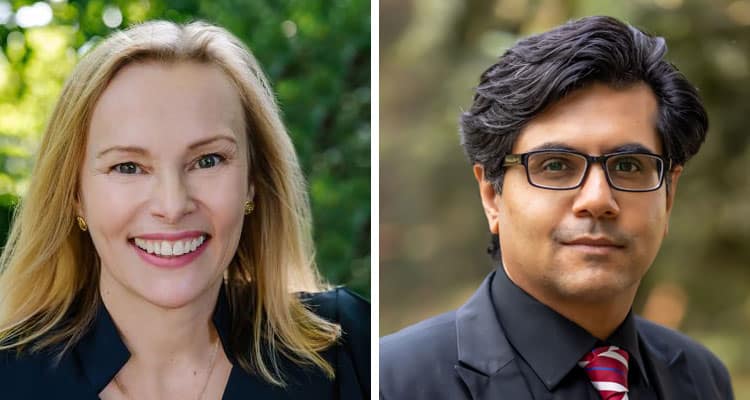 Ella Gudwin, CEO, VisionSpring Global and Anshu Taneja, Country Director, VisionSpring for India highlights that eyeglasses need to be taken out of medical environments and into the places where people need them most to solve the problem of uncorrected refractive error

Eyeglasses are a 700-year-old technology yet nearly 100 crore people worldwide don’t have the glasses they need to see clearly, including more than 50 lakh in India. Why is such a simple and powerful tool still out of reach for so many people?

In Europe, in the United States, in Australia, reading glasses are readily available in gas stations, pharmacies, grocery stores, etc. Why not in India? Eyeglasses need to be taken out of medical environments and into the places where people need them most to solve the problem of uncorrected refractive error.

One key place is India’s roadways. Although India has only 1 per cent of the world’s vehicles, according to the Ministry of Road Transport and Highways, 13 per cent of the global fatalities from vehicle crashes and other road accidents occur in the country – approximately 400 every day.

With as much as 59 per cent of crashes linked to poor vision, one easy way to reduce the risk of death and injury is to ensure that drivers with vision impairments have eyeglasses so that they can see clearly.

According to India Vision Institute CEO, Vinod Daniel, nearly 24 per cent of unscreened drivers have said “lack of time” prevents them from seeking eyecare, and another 25 per cent said they were unaware they had vision problems before they were screened.

It’s a problem hiding in plain sight—people don’t notice that eyeglasses are missing from drivers’ noses. Yet 90 per cent of decisions made behind the wheel depend on good vision. There’s a provision in the regulations that drivers must have a sight test for their license, but this is not enforced. And when there’s an accident there isn’t a place on the crash record to note whether or not the driver should be wearing eyeglasses. In addition, some drivers are worried that if they wear glasses, they will reveal a vision impairment resulting in them being dismissed from work.

The Ministry of Health has been rightly focused on emergency room care and the Ministry of Roads and Highway Transport has been rightly focused on making intersections safer, vehicle overloading, speeding, etc. But vision requires a collaboration between the two ministries which hasn’t happened yet. And while it is obvious that drivers need eyeglasses and eyeglasses are an affordable and scalable intervention—it is not included in the standard package of road safety interventions because the research connecting vision and crashes is limited to high-income settings where the majority of drivers who need eyeglasses have them. For this reason, VisionSpring is launching the first randomised control trial to study the length between truck drivers’ vision correction and the risk of vehicular crashes.

The danger posed by drivers who can’t see well is obvious, but the data above show that the specific impact and the solutions are more complicated. This is true for economic impact of uncorrected refractive error as well. Because poverty is both a cause and a consequence of poor health, eyeglasses unlock tremendous potential. The problem of vision impairment that could be solved with a simple pair of eyeglasses accounts for more than more than Rs 27 lakh in lost potential revenue globally. On an individual level, eyeglasses increase a low-income worker’s earning capacity by an average of Rs 16,400. For example, the PROSPER randomised control trial (2018) conducted with tea pickers in Assam, found that with reading glasses productivity increased by 22 per cent on average, and up to 32 per cent for workers over the age of fifty.

Chances are someone in your household wears eyeglasses. You already understand the impact they have one one’s ability to learn, to earn a living, and to stay safe on the roadways. Please join in the efforts to make eyeglasses accessible and affordable to everyone, everywhere.

Increasingly, the machine tool industry is aligning itself to build sector-specific machines required by the medical sector