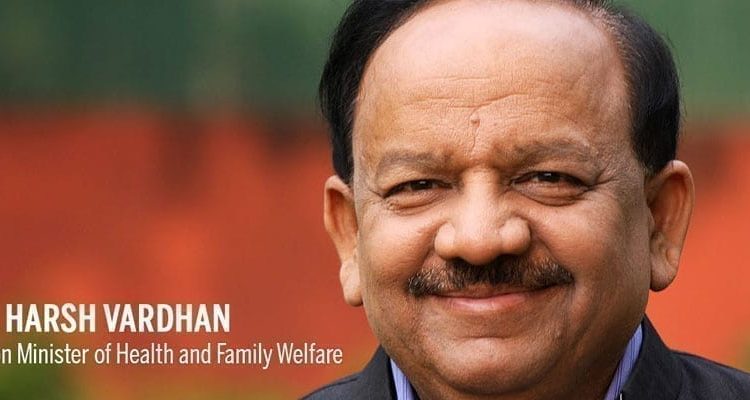 The 15th Finance Commission (XVFC) held a meeting with the Union Minister for Health and Family Welfare, Dr Harsh Vardhan and senior officials of Health Ministry on the specific issues of :

Initiating the meeting the Chairman, XVFC, NK Singh announced that looking at the peculiar state of the pandemic, the commission has decided to have a separate chapter on health in its final report to the government. The commission needed to know from the ministry it views regarding the Central Government outlays, sector-specific initiatives based on conditionalities and how the money set apart for the third tier could be assigned for health and health infrastructure. Dr Vardhan described his vision for the improvement of India’s health sector and appreciated the commission’s decision to reprioritise the sector.

The ministry in a detailed presentation to the commission highlighted the National Health Policy (NHP) 2017 targets which include:

The ministry pointed out that presently 35 per cent of the public health expenditure is done by the Central Government and 65 per cent by the state governments. The pandemic has established the importance of the need to strengthen the public health sector, surveillance and public health management, preventive and promotive healthcare with special focus on urban health. The ministry also felt that there was a need to increase the allocation of MoH&FW on a year-to-year basis.

The ministry has submitted a revised proposal for fund requirement to the Finance Commission. It has identified new areas on which support of the XVFC is required which include –

The ministry after giving due consideration to the recommendations of the HLG of the XVFC on Health, and after partial backloading of the funds have prepared a revised requirement of Rs 6.04 lakh crores from the earlier requirement of Rs 4.99 lakh crores. The ministry has thus asked for additional resources to the tune of 0.4 per cent of GDP per annum to the states which they felt would lead to significant progress towards achievement of the National Health Policy target.

The key elements of enhanced support identified by the Ministry were –

The commission noted all the points highlighted by the minister and the ministry and agreed that there was a need to increase public sector health outlay and also to develop a professional cadre of health workers. There was also a requirement for higher and continuing engagement of the States and the third tier for this purpose. The commission assured that it would not be found wanting in giving serious consideration to all the issues raised in today’s meeting.

Will a COVID 19 vaccine truly be a game-changer?