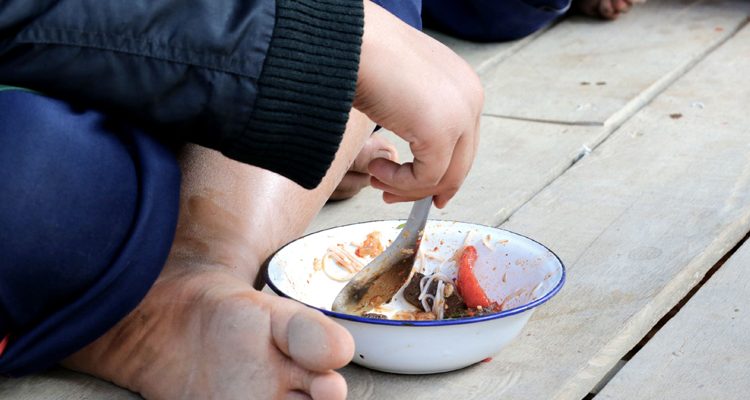 Public health and nutrition experts have reiterated that Food Fortification is crucial for India to battle anaemia and micronutrient malnutrition. Food fortification has been steadily gaining recognition over the past few decades for its ability to manage micronutrient malnutrition in populations lacking dietary diversity. In a country like India, with a high prevalence of anaemia among women in the reproductive age group as well as children, foods fortified with iron, vitamin B12 and Folic Acid provide a crucial window of opportunity to address nutrient gaps particularly in low-income groups as part of a comprehensive solution.

Why does India need fortified food?

Recent National Family Health Surveys (NHFS) show that the prevalence of anaemia among women aged 15-49 years increased from 49.7% in NFHS-4 to 57.2% in NFHS-5 Phase 1. The primary cause of anaemia is Iron deficiency, worsened by other nutritional deficiencies, especially Folic Acid, vitamin B6, and vitamin B12, which are prevalent among Indians. Lack of nutritional awareness, incorrect cooking and eating practices, limited bioavailability of nutrients, and inability to afford a diversified diet or access food items such as vegetables, fruits, eggs, and milk are challenges that need to be addressed to meet gaps in micronutrient consumption  in the diet in the country.

Since rice plays a predominant role in Indian diets, making sure that each meal is nutrient-rich and diverse can be a mammoth task until conscious behaviour change is organically achieved in the entire population and access to micronutrient rich food items ensured. Fortified rice kernels that resemble milled rice in appearance, taste, and texture and then blended with non-fortified rice at a ratio of 1:100, can therefore be a micronutrient-rich alternative which fits Indian diet preferences.

“A case-controlled study, conducted in 2019 in Gujarat, found that integrating micronutrient fortified rice into the midday meal programmes over eight months significantly reduced anaemia prevalence by 10% and improved cognitive score by 11.3 points among 6-12-year-old school students. The evidence widely available from Global and Indian data including WHO suggests that food fortification is an effective preventive strategy and helps to increase micronutrient intake. Fortification standards need to be tailored to a country’s context based on the prevalence of micronutrient deficiencies. FSSAI follows a rigorous process to define standards for fortification. The standards will be and should be revised based on monitoring data,” says Dr R Sankar, Director, The Indian Nutrition Initiative.

The Government of India policy of supplying fortified rice through the food safety nets such as PDS, Mid-Day Meal Schemes, and ICDS, is thus in the right direction. The government provided support for fortification costs, program management, IEC, monitoring, and evaluation. Easy loans are also being provided through the MSME departments to millers for setting up blending units and FRK facilities.

A commitment has been made at the highest level with Prime Minister Narendra Modi announcing the availability of fortified rice in all Social Safety Net Programmes (SSNP) by 2024. The integration of rice fortification in ICDS will benefit 19.3 million pregnant and lactating women, 82.8 children aged 0 to 6 years, 102.2 million school children under the Mid-Day Meal Programme with a budget of Rs 266 crore (US$ 36 million). States have already started receiving fortified rice for women and children.

Is fortified food safe to consume?

Fortification of grains and other foods is undertaken with continuous monitoring, quality assurance and control, and other compliance and corrective measures in place. Fortification standards for any country are defined based on the micronutrient needs of its population. Fortification standards are revisited periodically, and appropriate modifications in micronutrient levels are made based on process monitoring and impact data, as well as emerging dietary data.

The Food Safety and Standards Authority of India (FSSAI) standards are based on evidence-based research and rigorous consultations with the scientific community, including food, nutrition, and public health experts. Additionally, given that only 30-40% of the Recommended Dietary Allowances (RDA) of micronutrients may be added to the staples under these standards, micronutrient overload is not even a distant possibility.

“For effective implementation of the program, the production process of fortified rice kernels (FRK) and the blending process of FRK with normal rice has to be done under continual monitoring, quality assurance and control, and corrective measures to ensure high compliance. Proper manufacturing and hygiene practices and standards have to be in place to avoid the over or under dosage of the micronutrients. Like any food processing industry, stringent standards and regulations and continued monitoring of the effectiveness are required for the program’s sustainability. The FSSAI has developed robust standards for rice fortification, and we are working with them on developing stringent monitoring processes as well,” says Dr H N Mishra, Head, Rice Fortification Project, Agricultural & Food Engineering Department, IIT Kharagpur.

Existing research and global evidence are sufficient to debunk myths of toxicity in fortified food. There are 80 countries with legislation supporting the fortification of cereal flour, over 130 countries practice salt iodisation, and 13 countries mandate rice fortification. For several decades, low to middle-income countries (LMIC) have been strengthening the nutritional status of children through fortification in order to prevent micronutrient malnutrition diseases.

Is food fortification new in India?

In India, food fortification is not a new concept. India introduced mandatory fortification of hydrogenated oil (Vanaspati) with vitamin A in 1953 and the iodisation of salt in 1962 as a region-specific program, but since the early 1990s universal salt iodization is mandatory for edible salt. Fortification of rice, edible oils, and milk has gained momentum in recent years. Across many states, double fortification of salt with iron and iodine, a local innovation from the National Institute of Nutrition, is used in mid-day meals, the ICDS, and made available via the PDS to vulnerable populations.

The high prevalence of anaemia and serious implications of micronutrient deficiencies on ill health, reducing  school concentration and work productivity demonstrates the need for making available fortified foods. This intervention is absolutely necessary to support and accelerate the government’s efforts to fight these diseases through various initiatives like Anaemia Mukt Bharat and POSHAN Abhiyaan, which includes other solutions like dietary diversity, behavior modification communication, and deworming programs.