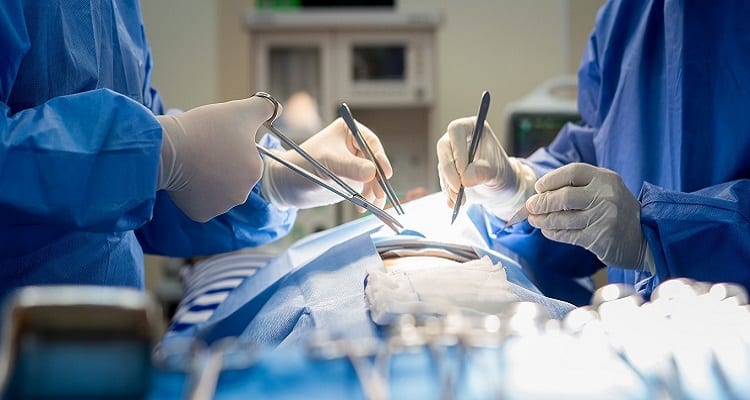 Given the relatively higher transmissibility of Omicron, large number of healthcare workers have also been infected with COVID-19 which might impact hospital operations to a certain extent

With number of COVID-19 cases rising continuously, elective surgery volumes at hospitals have taken a hit across
the country. In addition to lower number of patient footfalls, large number of healthcare workers testing positive
for COVID-19 is also expected to impact services offered by hospitals to a certain extent. While most patients are
currently experiencing relatively mild symptoms and do not require oxygen even during hospitalisation, the
situation continues to remain evolving and impact of the same on performance of hospitals will remain a key
monitorable. While COVID admissions typically entail relatively lower ARPOBs, longer average length of stay
supports higher occupancy for hospitals.

Talking about the recent study on this by ICRA, Mythri Macherla, Assistant Vice President & Sector Head, ICRA said, “Uptick in footfalls at metro centers of hospitals in addition to higher amount of surgical work coupled with lower number of COVID admissions resulted in sizeable Q-o-Q growth of 12.5 per cent in ARPOB levels. Overall, sample set revenues grew by 85 per cent while operating margins were slightly over 20 per cent in H1 FY2022.”

For the full year, FY2022, overall revenue growth is expected to be robust with continued footfall momentum for
elective surgeries post COVID second wave till December 2021. Benefits from improving scale and strong ARPOB
levels, cost-optimisation efforts, and ancillary revenues from COVID-19 are expected to support margin
improvement for the sample set to 18-20 per cent in FY2022. Further, given robust accrual levels and relatively lower debt levels, debt metrics for the sample set are expected to witness considerable improvement in FY2022. Given the strong demand for healthcare sector and continued patient preference for branded hospitals, revenue
growth and margins are expected to remain healthy for the industry going forward as well.

In terms of capex, players in the sector have gone slow on greenfield expansion in the last few years as the focus
was on improving returns on existing facilities. Players are now looking at adding bed capacity within the existing
infrastructure while some have announced new greenfield projects. Some of the larger players are also actively
scouting for inorganic growth opportunities.

Macherla also added, “ICRA expects occupancy to improve to 60-62 per cent in FY2022 with an upside bias in case there are high number of hospitalisations (akin to the second wave) on account of the recent resurgence in cases.
Further, despite relatively lower ARPOBs for COVID, ARPOB for the sample set is expected to expand by at least 6 per cent in FY2022 given the strong industry performance in H1 FY2022. While resurgence in cases and restrictions being imposed are expected to result in some uncertainty in footfalls for hospitals in Q4 FY2022, performance in Q3
FY2022 is expected to have been strong on the back of continued traction in elective surgeries till first half of
December 2021. While some hospitals have recently announced capacity addition plans, timeline of these spends
will remain a monitorable given the COVID third wave and impact of the same on economic activity and mobility
levels going forward.”

The government must invest in adolescents in the upcoming budget: PFI