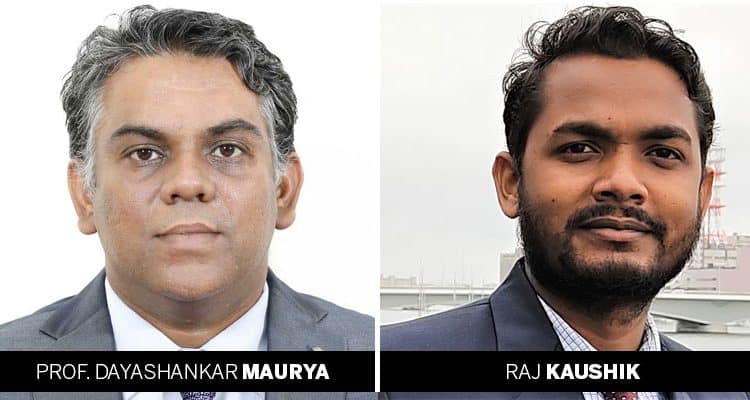 Dayashankar Maurya, assistant professor, and Raj Kaushik, student, Graduate School of International Relations, International University of Japan point out that recognition of the important role state governments play in steering India’s healthcare sector will lead to the re-orientation of health policy research and capacity building in the coming years. They analyse seven ways the COVID-19 pandemic has brought attention to the anomalies in the healthcare sector in India, some of which are getting addressed for the first time

COVID-19 has led to severe disturbances in organising, financing, and delivery of healthcare worldwide as countries are struggling to control and cope with the epidemic. At the same time, in India, where healthcare has never received sufficient attention till very recently, the epidemic has brought attention to the anomalies in the healthcare sector, some of which are getting addressed for the first time.

Significant budgetary allocations for health from both state and centre

For example, the state of Bihar received Rs 80 crores from the federal government to strengthen public hospitals, while the state of Telangana has so far allocated around Rs 421 crores towards the strengthening of public hospitals. Though these financial allocations are temporary, however, these additional resources are being used for creating new infrastructure, purchase of new equipment, and recruitment of additional human resources such as doctors and nurses, which will remain even after the epidemic is over. This additional infrastructure and human resources will significantly strengthen the public system.

State governments are actively managing public hospitals, ensuring supply chain, coordinating as well as regulating the private sector. This has caught the attention of state governments to their own policy capacity in the health sector and the importance of strengthening it. Recognition of the important role state government plays in steering the healthcare sector will lead to the re-orientation of health policy research and capacity building in the coming years.

Third, the epidemic has highlighted the role public hospitals play in times of crisis, bringing the attention of policymakers and politicians. Public hospitals have never received so much attention in the last few decades. The epidemic has led state governments to create several middle managerial positions, brought attention to health planning, organisation, and management of supply chain, which has been sorely missing in the period before the epidemic.

Importance of coordination between public and private sector facilities

Before the epidemic, apart from some basic data, there was little sharing of information and coordination between the public and private sectors, that hindered health planning at the grass-root level. The coordination and data sharing observed during present times probably may persist to some extent after the epidemic is over. The experience and lessons learned will be useful for health planning at the district and state levels.

Before the epidemic, none of the state governments (except Delhi) had tried to regulate hospital charges in the private sector despite numerous cases of exorbitant pricing by hospitals. Private hospitals have always strongly lobbied against any price regulation.

In the present epidemic, many state governments on cognizance of excessive pricing by hospitals in the initial period, have taken strict measures to control that. Out of 28 states, 16 states have so far brought out regulation fixing the COVID treatment charges and testing at private hospitals.

Many state governments have also issued strict directives for hospitals that refuse COVID patients. In the last three months, West Bengal alone brought out 11 different regulations to regulate the prices in private hospitals related to COVID-19. Many states have adopted the recommendations of the Dr. Vinod Paul Committee set up by the federal government on private hospitals with some variation. Depending on the severity of illness and type of hospital, private hospitals can charge between Rs 5000 to Rs 15000 in Tamil Nadu, while in Uttarakhand, patients need to pay between Rs 8000 to Rs 18000 per day.

Similarly, COVID testing is capped for Rs 1500 in Nagaland to Rs 3000 in Tamil Nadu. Many state governments have actively punished violators of these regulations, which was never observed earlier. The present experience of price regulation in the private sector may provide impetus and experience for the regulation of similar healthcare services of public health importance such as tuberculosis.

Sixth, the epidemic has pushed private hospitals to improve their operational efficiency. On the one hand, because of the COVID, hospitals’ operating cost has increased due to the use of PPE, masks, social distancing, and testing. On the other hand, many state governments have mandated private hospitals to treat COVID patients within a specific price range.

Though hospitals are not happy with the price capping, they have limited options left than rationalising operations and improving efficiency. The hospitals which used to charge around Rs 20000 to Rs 30000 per day only for bed charges are now supposed to provide all care for COVID-patients in less than Rs 18000 per day, inclusive of bed charges, consultations, medicines, and nursing charges.

Seventh, the epidemic has led to the adoption of new technologies, for example, the dashboard on bed availability and ventilators and various technologies and apps for contract tracing. This may facilitate further adoption of different technologies in the future improving service delivery in the coming years.

According to Insurance Regulatory Development Authority’s annual report 2018-19, only around 25 per cent of the population has some form of health insurance to protect them from catastrophic healthcare expenditure, which drives millions into poverty in India every year. In years to come, deeper penetration of health insurance is expected.

Finally, the epidemic has led to the adoption of healthy behaviors, including hand-washing, face mask, sanitation, and social distancing. These behaviors are expected to reduce the spread of other infections, such as tuberculosis.

Thus though the epidemic has created extensive disruption across all sectors of the economy and lives of people, at the same time, it has pushed some of the long-pending reforms in India’s health sector.