Lactate: An important screening parameter in POC testing in emergencies 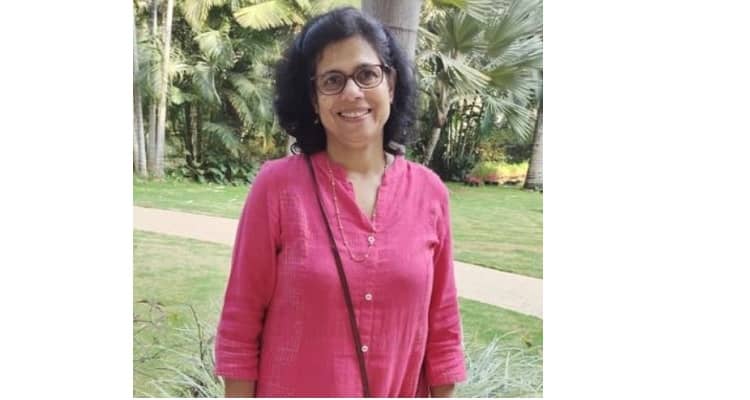 Most tissues in the body produce lactate, the highest amount being produced by the muscles. The serum lactate is cleared rapidly by the liver and the kidneys. An elevation of lactate is due to a combination of both increased production as well as decreased clearance. Excess lactate is produced due to anaerobic metabolism. It is an indicator of decreased tissue perfusion leading to tissue hypoxia. Prolonged periods of tissue hypoxia lead to increased serum lactate levels which occur in patients who have had low blood pressure for a prolonged period. This is seen in patients with any kind of shock, cardiogenic, haemorrhagic but more commonly in septic shock and is indicative of organ failure. During glycolysis, the cell produces pyruvate which in the presence of oxygen gets converted to acetyl CoA. In absence of oxygen, this pyruvate gets converted to lactic acid by lactate de-hydrogenase.

Early detection of rising lactate levels in sick patients would indicate an impending organ failure. This alerts the clinician to look for the cause of a decreased tissue perfusion and early oxygenation combined with targeted treatment can be started thus preventing progress or stemming a sinister event from occur- ring. It is important to measure serial lactate levels to prognosticate outcome.

The normal serum lactate levels are in the range of 1 ± 0.5 mmol/L. The values in hyperlactatemia range from 2 – 5 mmol/L and above 5 mmol/L in lactic acidosis. Studies have shown that an increase in lactate levels markedly decreases survival. 1, 2

Besides being increased in shock lactate is also increased in the following clinical situations. Seizures, as well as strenuous exercise, can cause a lactate elevation due to excessive muscle activity and anaerobic metabolism. However, the elevation is transient as a rapid clearance occurs. Patients with severe burns and mesenteric ischemia have in- creased lactate levels which are also an outcome predictor.

Lactate can be used to prognosticate the outcome of the patient

In patients who have had a cardiac arrest, changes in lactate levels is related to mortality. There is decreased mortality with higher decreases in lactate at 6 and 12 hours. Persistent hyperlactatemia 48 hours after cardiac arrest is an independent predictor of mortality and unfavourable neurologic outcome.4 In a meta-analysis of 96 studies, Vincent et al showed that a decrease in lactate levels was associated with improved outcome in almost all subgroups of critically ill patients.5

Lactate is a prominent marker for sepsis

Increased lactate levels have a prominent place in the early goal- directed therapy in critically ill patients and are one of the main parameters in the surviving sepsis campaign (SSC) guidelines. The primary bundle of parameters is useful for predicting the severity of sepsis and mortality outcome.6 The extent of lactate clearance in the first six hours is a good predictor of survival rate in patients. Patients with sepsis having a 10 per cent decrease in lactate show higher survival rates compared with patients in whom lactate levels decreased less than 10 per cent. A study done by Nguyen et al showed that in patients with severe sepsis or septic shock, there was an 11 per cent decreased likelihood of mortality for each 10 per cent de- crease in lactate.1 Puskarich et al found that early lactate normalisation to 2.0 mmol/L during the first six hours of resuscitation is the strongest independent predictor of survival.7

Serial measurement of serum lactate in subjects admitted to an ICU with sepsis is very important. Significantly higher lactate levels were found in subjects with sepsis than those without infection and non-survivors than survivors. Hence, serum lactate measurement should form a part of the standard management protocol of critically ill patients admitted with suspected sepsis.8

Lactate as a marker to initiate therapy

Because lactate is an important marker for infection, increased lactate levels are used to initiate treatment in many clinical conditions. Lactate is a useful and easily obtainable surrogate marker of tissue hypoxia and disease severity, independent of blood pressure. Due to decreased tissue perfusion, there is a catecholamine surge and the blood pressure that is measured will not be indicative of the actual perfusion. Since vital signs can be misleading in the identification of circulatory dysfunction in the early stages of shock increased lactate levels are used to identify patients with impaired tissue perfusion and oxygenation. Therefore a single measurement of venous lactic acid done soon after admission to the emergency department, gives a better risk assessment and clearer direction to diagnosis and therapy, than a patient’s vital signs.9, 10

Compared to systolic blood pressure, lactate was a better predictor for the need for significant packed red blood cell transfusion in trauma patients with relatively normal systolic blood pressure at presentation. It was also found that significantly more patients with shock and high (>4 mmol/L) lactate levels needed intubation compared to patients with shock and low lactate levels. Therefore lactate in addition to its use in initiating treatment also guides diagnostic and therapeutic options.11

A meta-analysis and several other studies have shown the efficacy of using increased lactate levels to initiate specific treatment aimed to improve tissue perfusion/oxygenation in critically ill patients.12, 13, 14

Lactate is also used to monitor adequacy of treatment

Lactate is an important point of care parameter that should be used in the emergency department and the intensive care unit. It helps the physician to evaluate the severity of illness in a critically ill patient. Its ability to guide the initiation of therapy and to evaluate the adequacy of treatment makes it a very important tool in the diagnostic laboratory armamentarium. Serial lactate levels are important for accurate diagnostic and prognostic purposes.

Can unlocking be counterproductive given the surety of a third wave?