A study on the availability of Medical Abortion (MA) drugs in the markets of four Indian states, commissioned by Pratigya campaign for Gender Equality and Safe Abortion 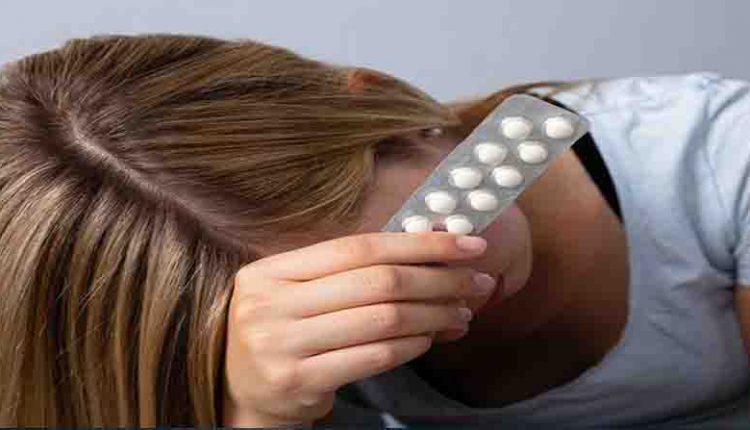 Medical Abortion (MA) drugs are rapidly vanishing from the shelves. The study ‘Availability of MA drugs across four Indian states’ found that chemists in Rajasthan and Maharashtra are not stocking MA drugs anymore and only 37.8 per cent are stocking in Bihar and 66 per cent in Uttar Pradesh.

Those who are not stocking identified legal/regulatory barriers as the main reason for non- stocking. Non-availability of MA drugs is threatening women’s access to safe abortion, especially in a scenario where even today an estimated 10 women die in India due to unsafe abortions, the third

leading cause of maternal mortality in India. The study was conducted among 1,008 chemists across Bihar, Maharashtra, Rajasthan and Uttar Pradesh.

Provision of safe, effective and accessible abortion services including Medical Abortion (MA) drugs is a priority for promoting women’s health and reproductive rights. Medical Abortion (MA) has emerged as the preferred method of abortion care in India with an estimated 81 per cent of the 15.6 million annual abortions being performed using MA drugs. Yet, abortion drugs seem to have started vanishing from chemists shelves.

The study found that of the chemists who are not stocking MA drugs in Rajasthan, Maharashtra and Uttar Pradesh, regulatory/legal barriers was the primary reason for not stocking the drugs. Bihar was the only exception, where low demand was cited as a reason for not stocking. Chemists have been informally asked not to sell MA drugs and there have been MA specific visits by regulatory authorities. Specific visits related to MA drugs were high in Rajasthan at 14.3 per cent and Maharashtra at 17.4 per cent. As high as 56 per cent chemists reported that MA drugs are overregulated as compared to other schedule H drugs.

Speaking at the launch of the report, VS Chandrashekar, member — Advisory Group, Pratigya Campaign and Chief Executive Officer, Foundation for Reproductive Health Services India, said, “India has achieved great success in improving access to safe abortions, thanks to the proactive steps taken by the Ministry of Health and Family Welfare over the past decade and a half.

The study attempted to capture chemists’ awareness, knowledge and attitudes about abortions and MA drugs. Forty three per cent of chemists thought abortions were illegal, and only 26 per cent were aware that it is legal up to 20 weeks gestation. In Rajasthan, a whopping 60.7 per cent chemist said abortions are illegal followed by 51.8 per cent in Bihar, while 15 per cent felt that availability of combi pack MA drugs contributes to gender-biased sex selection with Maharashtra topping with 42.5 per cent .

“This is a wrong perception since combipacks are indicated only for use up to nine weeks gestation and the commonly-used and affordable technology to identify the sex of the fetus, ultra sonography can detect the sex only around 13-14 weeks gestation,” says Dr Kalpana Apte, member — Advisory Group, Pratigya Campaign and Secretary General, Family Planning Association of India. “This misconception seems to be resulting in overregulation of MA drugs, significantly affecting availability of a safe, simple and affordable method of safely terminating a pregnancy,

compromising the health, wellbeing and reproductive rights of women in India,” she added.

The study estimates that very few, 9.6 per cent of women who purchase MA drugs actually return to the chemists for advice to manage complications or contraception. This indicates that for a large majority of women who purchase MA drugs from chemists, the drugs seem to be effective and those who do face complications seem to be seeking care from health facilities. Almost all chemists who have clients coming back with perceived complications refer women to a doctor, which is heartening. The study findings show that 50 per cent of buyers came with prescriptions as against a

common perception that a majority of MA drugs are purchased without prescriptions. “Allowing all allopathic doctors to prescribe MA drugs will definitely increase prescription and medical support for women seeking MA. As law and rules stand now, only obstetrician and gynaecologists and allopathic doctors who are approved abortion providers under the MTP Act can prescribe MA drugs.

It is estimated that only 60-70,000 doctors, largely in urban areas, can prescribe MA drugs in India which is woefully inadequate for a country of our size” says VS Chandrashekar.

Given the number of abortions estimated annually in the country, if chemists stop stocking MA drugs, a black market for MA drugs could emerge, pushing up prices and creating economic barriers for women to access their preferred method of abortion.

MA drugs are safe and even if it is incorrectly used, it is unlikely to create an emergency situation or seriously impact the health of a woman. The World Health Organisation in its recently published list of essential medicines has moved MA combipack to core list, it was part of the complimentary list previously. More importantly, the previous list had an asterix (*) against MA drugs which indicated that MA drugs require close medical supervision.

“The removal of this asterix implies that MA combipacks can be used even without close medical supervision and the risks it poses are minimal.” Dr Apte added.

The study clearly indicates that MA drugs are under greater scrutiny by drug control authorities and their non- availability in retail chemist shops is a major cause of concern in Maharashtra and Rajasthan. To ensure that MA drugs are easily accessible, Pratigya Campaign recommends that the Ministry of Health and Family Welfare and the Drug Controller General of India should send an advisory/guidance to all State Drug Controllers clarifying that cracking down on combipack does not help in curbing sex selection and that MA drugs should be subjected to the same standards/scrutiny as other schedule H drugs. Secondly, there is inconsistency with the MTP rules and the DCGI approval regarding the gestation up to which MA can be used (rules say seven weeks and DGCI approval is for nine). This needs to be harmonised. MoHFW/DGCI should consider increasing the gestational limit for MA drugs up to 12 weeks, in line with WHO guidelines. The MTP rules should be amended to allow all allopathic doctors to prescribe MA drugs (after undergoing a short online/face to face course) increasing the number of doctors who can prescribe

MA drugs and enabling women to seek medical support while using MA. Further, Government, in partnership with MA drug marketing companies and Chemists and Druggists association, should focus on improving the knowledge of retail chemists on abortion and MA, so that they provide correct information.

Women in large numbers find MA drugs effective, affordable and convenient in terminating unwanted pregnancies and are using it for indications permitted by the MTP Act. Greater scrutiny resulting in MA drugs vanishing from shelves of chemists would result in millions of women being denied access to life-saving drugs and compromise their ability to exercise their sexual and reproductive rights. Providing access to safe abortion services will enable women to take control over their own bodies and life, critical to promoting reproductive health rights and gender