PM Cares Fund has released Rs 898.93 crores for ventilators, Rs 2000 crores have been earmarked for Made in India ventilators to fight the pandemic 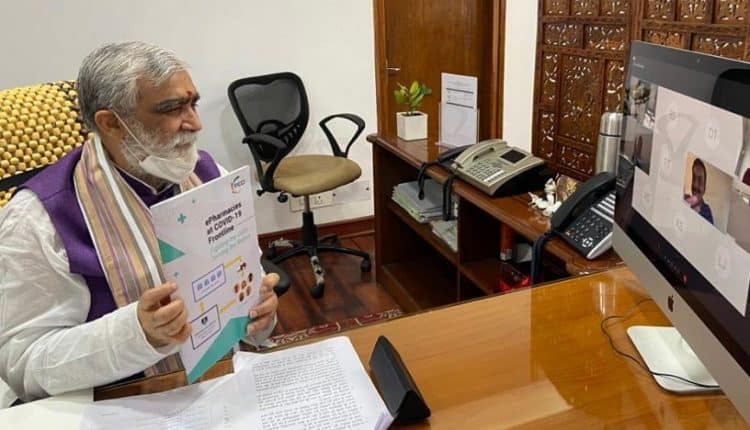 The Central Government has released Rs 898.93 crores from the Prime Minister Cares fund towards the provision of ventilators. And so far, 32,109 ventilators have been allocated to various states and a total 20,916 ventilators have been installed at government hospitals across the country, informed Ashwini Kumar Choubey, Minister of State, Ministry of Health and Family Welfare. He was addressing a query raised by the upper house member Rajiv Satav in the Rajya Sabha.

He also informed that the Ministry of Health and Family Welfare (MoHFW) has placed an order for supply, installation and commissioning of 30,000 ICU Ventilators with Bharat Electronics, a public sector enterprise of the Ministry of Defense.

Earlier, the Union Government had informed that Rs 2000 crores have been earmarked for the supply of Made in India ventilators to fight the pandemic.

Choubey also informed that the Ministry has instructed the States/ Union Territories to indicate the number of ventilators required respectively, so that the same can be supplied.

He informed that other states have also received an allocation for the ventilators based on the surge of COVID-19 cases and after assessing their requirements. The Union Government has allocated a total of 2894 ventilators for central institutions and 871 have been already installed in those facilities.

All the States are going to be equally benefitted as the ventilators are being allocated to states based on the number of cases, the trend of the pandemic and the requirement posed by the States, he assured.

Recently, concerns have been raised by the opposition and activists regarding the procurement of essential medical equipment with funds allocated through the PM Cares Fund. An RTI response to activist Anjali Bhardwaj who had applied for details of hospitals run by the Centre which have been allocated money or supplied ventilators through the PM CARES Funds, revealed wide variation in the price of ventilators procured from different companies, as per reports.