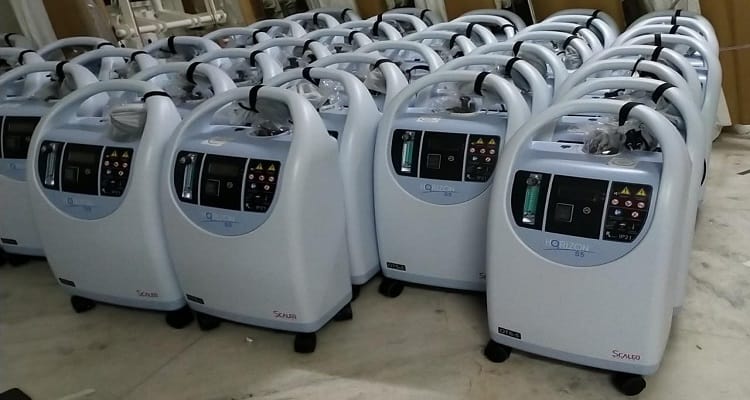 In its order dated 3rd June, 2021, NPPA stated that the trade margin rationalisation approach has been taken keeping in mind the need for oxygen due to the pandemic, invoking Para 19 of the Drug Price Control Order (DPCO) 2013

The Medical Technology Association of India (MTaI) has welcomed the step taken by the National Pharmaceutical Pricing Authority (NPPA) to fix the trade margin (actually mark up) for oxygen concentrators at 70 per cent.

In its order dated 3rd June, 2021, NPPA stated that the Trade Margin Rationalisation (TMR) approach has been taken keeping in mind the need for oxygen due to the pandemic, invoking Para 19 of the Drug Price Control Order (DPCO) 2013.

This allows NPPA to fix prices of drugs and devices in public interest. The NPPA has also decided to monitor oxygen concentrators manufactured, imported, sold or exported. This rationalisation of trade margin will be in force till the end of November this year.

Speaking about the move, Pavan Choudary, Chairman, MTaI, said, “We are pleased to note the policy consistency in this move of NPPA to bring oxygen concentrators under Trade Margin Rationalisation (TMR). It was unfortunate to see MRPs of these life-saving devices skyrocketing as patients gasped for oxygen. This move will build on the success of TMR which was brought for cancer drugs and saved more than 980 crores.

“Though it is not fully in line with what MTaI has proposed, because medical devices need greater margins, still it is a step in the right direction and it will provide reasonable margin for players who bear the cost of innovation, fluctuations of raw materials, logistics cost and even fluctuations in training and after-sales service cost as witnessed recently, while at the same time, usher in affordability for patients. The averaging out of machines given as free patient aids is another concern.”

He also stated, “Given the empirical nature of the policy which is clearly steeped in data, we are sure that the government will give us a hearing on our points and would find a way which preserves patient interest without jeopardising legitimate industry concerns.”