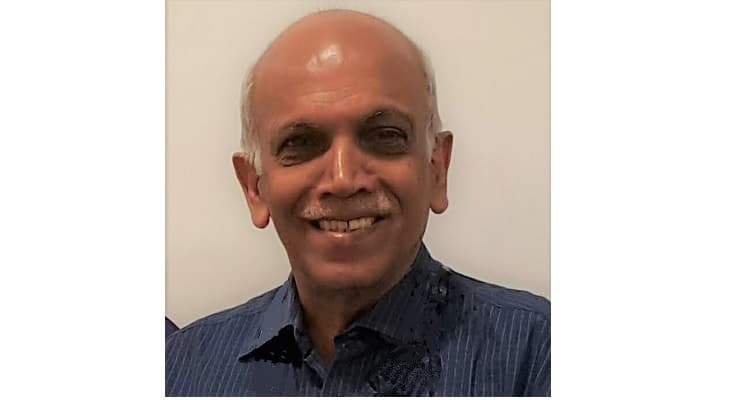 Dr George Thomas, a cardiologist based in Kochi, Kerala urges us to review medicine’s senseless pursuit of prolonging life at all costs and suggests that the stress should rather be on quality of life and the reduction of morbidity during a reasonable life span

All your medicine has proved useless; nothing can heal you: Jeremiah 46:11 (Good News Bible)

Some time back, Dr Atul Gavande had published an article, Epidemic of Unnecessary Care in The New Yorker. He writes about “low-value care.” But, really, it was no-value care. There are medical tests or treatments that scientific and professional organisations have consistently determined to have no benefit or to be outright harmful. The list included doing an EEG for an uncomplicated headache (EEGs are for diagnosing seizure disorders, not headaches), or doing a CT or MRI scan for low-back pain in patients without any signs of a neurological problem (studies consistently show that scanning such patients adds nothing except cost), or putting a coronary-artery stent in patients with stable cardiac disease (the likelihood of a heart attack or death after five years is unaffected by the stent). In just a single year, it was reported, 25-42 per cent of Medicare patients received at least one of the 26 useless tests and treatments.

In such circumstances, the moot question that looms large is – are all medical advances really beneficial? Could they be harmful in some cases? Or are some advances just money making gimmicks? The book ‘Hope or Hype: The Obsession with Medical Advances and the High Cost of False Promises’ by Richard A.Deyo and Donald L Patrick (335 pages, Amacom New Media, New York $24.50) answers these questions.

The Journal of Clinical Investigation has described the book as “a classic exposition that deserves a wide readership” and George Lundberg, Editor, Medscape General Medicine, hailed the authors – “Deyo and Patrick have a thorough explication of the Greed is Good philosophy that permeates much of American medicine. They have got it right over and over and over”. A press release states “Dr. Richard Deyo and Dr. Donald Patrick reveal how doctors, hospitals, drug companies, device manufacturers, advocacy groups, politicians, the media, and patients themselves conspire to uncritically promote high-priced, high-tech medical ‘breakthroughs’ that are routinely marginal, sometimes useless, and sometimes harmful. Based on their own extensive, unbiased investigation and the tragic stories of actual patients, these doctors cut to the heart of what’s wrong with our increasingly costly system of medical treatment. What is more, they arm patients with the facts and effective strategies to do something about it”. The book talks about the hazards of uncritically embracing medical advances and of popular treatments that caused unnecessary disability, financial liability or death.

An observation made by two researchers in the Texas University deserves mention: “In an era in which invasive cardiac procedures are manifestations of high technology, intensive medical care, many patients and their family members expect and insist on aggressive management. The term ‘conservative management’ may project the impressions (to physicians and patients alike) of obsolescence, inadequacy and inferiority rather than thoughtful reflection…..in the event of an adverse outcome, the patient and his or her family may be more understanding and forgiving if an aggressive approach was pursued (ie ‘if everything possible was done’) even if such an approach contributes to the adverse outcome”. The book covers almost all aspects of medical care from arthritis management to Zyban with case reports.

The authors also criticise the regulatory bodies and the media. The Food and Drug Administration’s (FDA’s) drug approval process is faulty because it just checks if a drug works without harmful effects. It does not compare a new drug with existing drugs, which could be cheaper and better. The FDA’s regulation of medical devices is also lax, and it has no control over surgical procedures. A responsible media is important in disseminating medical information from the right perspective. In the competition for sales, health reporting has become sensationalist and contributes much to the confusion.

Hilton Terrell in an article, ‘Living by Bread Alone – Some Myths of Preventive Medicine’, published in the Journal of Biblical Ethics in Medicine writes about the cholesterol myth. He argues that lowering cholesterol should lower the incidence of heart disease and hence lower the death rate. However, the data is contrary. People just die of other causes in numbers sufficient to offset the cardiac mortality benefits of lowered cholesterol. He further writes “Hence, the logical conclusion to draw is that lowering cholesterol, in its net effect on population longevity, will only change the mode of death, but not the certainty or the timing of death”. One may argue that there may be quality of life and economic benefits. Defence of prevention of the degenerative diseases that strike near the end of the life span, is tenuous if argued on economic grounds. It is a paradox of prevention. If it works, you are delivered up from one cause of disease, disability, expense, and death unto other causes of the same. You are delivered to a less productive, older age with many more age related illnesses. “In general, it’s cheaper in the US today to die younger” he concludes.

How far can medical progress go? Anything in biology has physiological limits. Let us imagine the extreme limits of medical progress. If we replace all the organs with artificial ones (‘bionic man’) would he/she be the same person? And what would be the sociological problems associated with eternal life in the present world system? Death is real. If no one died from cancer, what would take its place? What would we die from if not from any of the diseases that medicine now tries to cure or prevent? And would this be progress? In a survey, 34 per cent of Americans believe that modern medicine can cure almost anything, while only 27 per cent of Canadians and 11 per cent of Germans do. Medical science is in a dispassionate search of the will-o’-the-wisp of eternal life and the fountain of youth. We should review medicine’s senseless pursuit of prolonging life at all costs. Instead, the stress should be quality of life and the reduction of morbidity during a reasonable life span.

Hope and Hype is about American medical care. There is little information about the situation in other countries. The US is in the forefront of the selling sickness. US health care spending, per capita and as a per cent of GDP, dwarfs that of any other high-income country, and longitudinal trends reveal that the gap in spending between the US and the rest of the world continues to grow.

The American medical culture is spreading to India too. We, too, are a techno crazy lot. We tend to assume that high-tech medical care is better than low tech. This is amply demonstrated by the names of hospitals. We have ‘Hi-Tech’, ‘Superspeciality’, ‘Fully Computerised’, hospitals flaunting the ‘latest’ equipment wooing patients with seductive ads. Instead of the healing touch, we are impressed by ‘digital’ examinations performed by the latest gadgets of marginal utility.

Health care has taken a heavy toll on the finances of the consumers. With a per capita income of $65295, good medical insurance and social security, the US feels the pinch of the spiralling healthcare costs. The Obamacare and the Less Is More movement was a reflection of this reality.

So in India, with a per capita income of $2099, inadequate medical insurance and social security, the American model of health care could be a prescription for disaster. In such circumstances, the blind following of so-called latest in Western medical services make great prescriptions but bad treatment. This is more relevant in the present scenario of encouraging ‘health tourism’.

This is not to say that all medical progress is bad. Many medical advances like cataract surgery has revolutionised medical treatment. Similarly, drugs like cimetidine has changed the gastrosurgery landscape. It is also impossible to control the juggernaut of medical progress. Medical research costs money and society has to pay for the same.

What is important is to separate the chaff from the grain and have a humanistic view. We should be wary of dubious treatments being palmed off as “scientific’ medicine with the sole motive of profiteering.  Medical ethicist Daniel Callahan talks about ‘sustainable medicine’ in which society and science should work together to promote public health and wellness but accept the limitations of medicine. Sustainable medicine, in Callahan’s view, is one in which innovation continues but is also one in which we all accept that humans will ‘sicken, age, whither, and die’ and that science cannot keep us alive forever.

On a practical note, in this era of rapid medical advances, globalisation and liberalisation we need a pragmatic policy to control healthcare delivery taking into consideration the socio-economic realities. Till then, the consumer has to follow the principle of caveat emptor (let the customer beware).