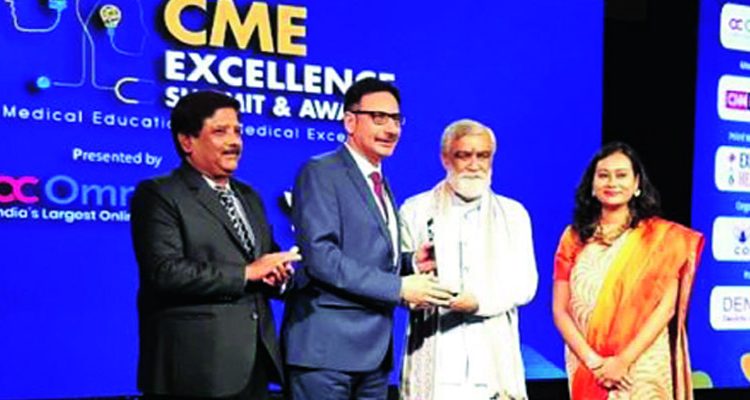 The National Medical Commission Bill, which became an act recently after receiving the consent of President Ram Nath Kovind, will bring parity in medical education, and will be beneficial for meritorious, but economically-weaker students, Minister of State for Health and Family Welfare, Ashwini Kumar Choubey said recently at CME Excellence Summit and Awards organised by Integrated Health and Wellbeing Council (IHW).

“Through this Bill, we are also encouraging the medical colleges which were closing down, they will also progress and will help prevent the fall in the number of medical schools. We have decided on the various aspects of the act after discussing with doctors from hospitals across the country. There were confusions and oppositions to the act but we have explained the provisions to them satisfactorily,” said Choubey.

Earlier in the day, Secretary of the Department of Pharmaceuticals, Dr PD Vaghela said the stringent sampling and testing rules in India and the low failures indicate at the good quality of generic medicines and fixing the price ceiling for medicines has been immensely beneficial. “My request to the doctors is to prescribe generic medicines to at least to the poor patients. The generic medicines are like the branded medicines. The drug pricing control order (DPCO) in 2017 has made medicines more affordable and has brought a saving of more than Rs 12,400 crore. Jan Aushadhi stores have generated a saving of Rs 315 crore and Rs 2,000 crore for consumers in the last financial year,” he claimed.

“Those doctors who are ignoring CME are doing at their own peril. Though we cannot rule out information bias of pharmaceutical giants in CME, I believe including nurses and other support staff will make it more effective. We may also partner with IHW to develop CME programmes,” he added.

The effectiveness of medicines depends not only on its quality, but also on the doctors who are administering it, said Kamal Narayan, CEO, Integrated Health and Wellbeing (IHW) Council. “I believe supply of medicine is going to be important as the supply of basic necessities for healthy life – good air, water and food, are insufficient. Producing good medicine, however, does not guarantee food health, we need to make sure that the doctors have the knowledge to implement the upgradations,” he said.

Dr Arun Kumar Gupta, President, Delhi Medical Council highlighted the importance of including knowledge about rules and regulations that is required in day-to day-practice. “We have launched our CME programmes recently, but that is not enough. A doctor needs to deal with 28 laws to run a small clinic and as many as 100 laws to run a hospital. However, nowhere is a doctor taught about this. The doctors know the science of medicines but we need to teach them the art of it – teach empathy for patients. Besides, financial management and good self-care should also be a part of the CME curriculum for the doctors,” Dr Gupta said.

CME courses in India are funded by a wide range of organisations like Ministry of Health and Family Welfare (MOHF&W) and the Medical Council of India (MCI), as well as international organisations such as UNICEF. The MCI established a code of ethics stating that members should complete 30 hours of CME every five years in order to re-register as doctors but due to low literacy levels and poor awareness of good medical practice at the community level, there is little pressure from patients to motivate doctors to participate in CME programmes, despite what he referred to as the ‘dismal quality’ of the medical service.

CahoTech 2019: An effort to bridge the healthcare technology gap