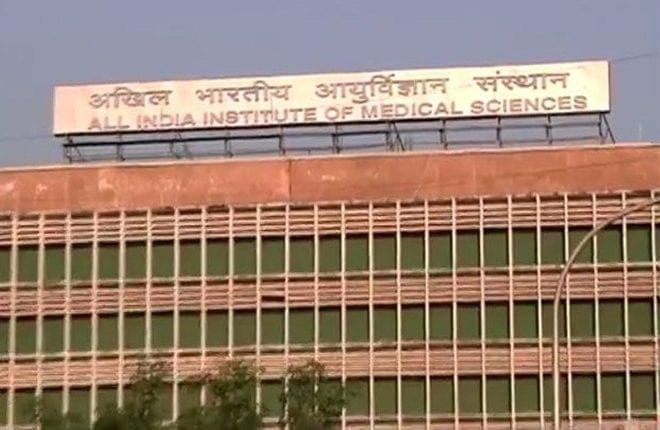 After remaining closed for three months, OPD services at All India Institute of Medical Sciences (AIIMS) in New Delhi resumed for follow-up patients and each department will initially cater to not more than 15 cases a day.

For the first time in its history, the AIIMS shut down its OPD services, including speciality, and all new and follow-up registrations from March 24 as part of its effort towards redirecting its resources to control the COVID-19 outbreak.

Since then, doctors at the institute have been providing teleconsultations to all follow-up patients in an effort to reduce the need for them to visit the facility during the lockdown.

Till Wednesday, 79,926 teleconsultations were provided to patients, sources said.

According to a June 23 circular, the director of AIIMS has approved the resumption of physical appointments for old/follow up patients, “not to exceed 15 per day for any department initially which will be enhanced in a few days.”

Also, patients will be screened for influenza-like illness (ILI) symptoms before they are being allowed to enter the OPD.

Besides, the hospital on May 2 had made it mandatory for patients to wear masks while visiting the Emergency or other patient care areas in the hospital and will provide one to anybody who does not have their own masks.

“It will be the prerogative of the departments to call patients directly or screen them through teleconsultation before giving a physical appointment,” the circular said.

No appointments will be given for evening speciality clinics in the first phase of OPD reopening.

All heads of clinical departments in AIIMS have been requested to provide information on the date of resumption of physical OPD for patients of the department meant concerned and daily list of patients along with their telephone numbers who have been given an appointment for a physical consultation.

The hospital has been providing treatment to infected individuals at its two dedicated facilities — Trauma Centre and NCI Jhajjar for over two months.

AIIMS had also postponed all non-essential elective procedures and surgeries and only emergency life-saving surgeries were conducted from March 21.

Govt to come up with regulatory guidelines for OTC drugs:Dy Drug Controller, MoH&FW