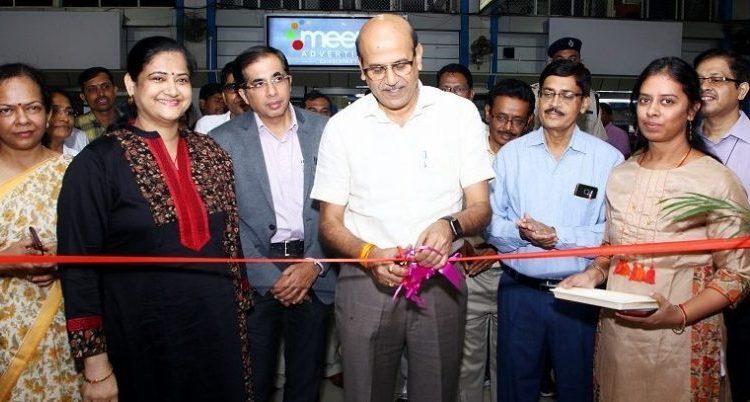 The camp was inaugurated by VK Tripati, AGM, Western Railways and total 550 beneficiaries were checked

PD Hinduja Hospital & MRC on the occasion of ‘World Diabetes Day’ hosted free diabetes screening camps at Carter Road and Churchgate Station on November 13 and 14 respectively. Aligning with WHO’s theme this year of ‘The family and diabetes’ the hospital collaborated with the Western Railways to work towards a combined mission of creating awareness on screening of diabetes among the people. The comprehensive health screening camp included Random Blood Sugar (RBS) tests to check glucose levels of participants along with height, weight, blood pressure check, bone marrow density, body composition analysis and HBa1c test only for already diabetic people. The camp was inaugurated by VK Tripati, AGM, Western Railways and total 550 beneficiaries were checked. 45 were found to have blood sugar in the higher range were counselled by a dietician. Treatment was referred to as per the requirement. The hospital also conducted a free diabetes camp for general public at carter road in Bandra.

Joy Chakraborty, COO, PD Hinduja Hospital & MRC expressed, “India is known to be the diabetes capital. However, the disease can be controlled and managed with early detection and right treatment, or else it can lead to multiple organ failure. The purpose of hosting this screening camp at these locations is to spread awareness amongst the local commuters who are unaware about the significance of timely screening. Through this initiative, our key focus is to make healthcare accessible to every individual and try our best to create awareness around monitoring the disease. We are thankful to the Western Railway Association for supporting us in this activity”.

Dr Phulrenu Chauhan, Endocrinology and Diabetic Consultant and Section Co-ordinator Department of Endocrinology, PD Hinduja Hospital & MRC said, “Earlier diabetes was known to be the disease of the elderly, however, it is now a commonly found lifestyle disease amongst youth. We urge individuals to do their bit by following a healthy lifestyle and getting themselves checked at least once a year. If diabetes is not controlled well, it could lead to complications such as kidney, nerve and eye disease. Therefore, it is extremely important to make a shift and work towards prevention, rather than cure. Organising awareness camps works as an eye-opener and motivates individuals to stay fit.”