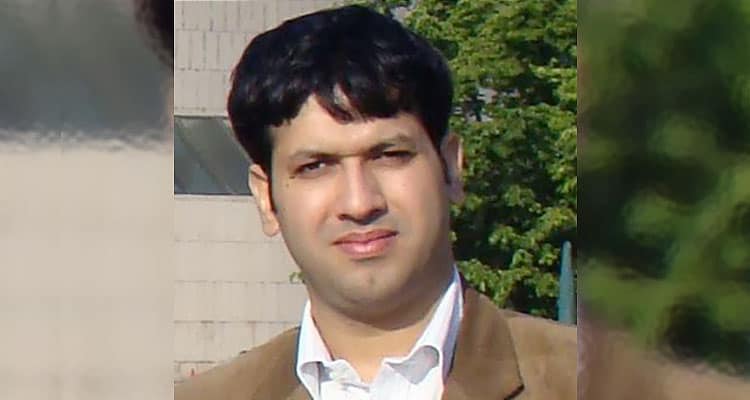 Dr Ali Mehdi, Senior Visiting Fellow – Health Policy Initiative, ICRIER, explains how India’s health sector and statistics have been ringing alarms for long, and why the Indian government needs to start simultaneous action towards its preventive/positive responsibility on an urgent basis

“Turning and turning in the widening gyre, the falcon cannot hear the falconer; things fall apart; the centre cannot hold; mere anarchy is loosed upon the world” (The Second Coming, WB Yeats).

It almost seems like Yeats was referring to the second wave of COVID-19 pandemic in India! In a democracy, citizens are supposed to be falconers and elected representatives their falcons – with the expectation that the latter are responsive to the former. Successive governments in most parts of the country, however, have demonstrated that as far as health is concerned, ‘the falcon cannot hear the falconer.’

India’s health sector and statistics have been ringing alarm bells for long – the country has been the world’s largest contributor to under-five child deaths since 1953, for instance. Less than four years ago, more than 60 children died in a Gorakhpur hospital due to lack of oxygen. The result of ignoring the alarm bells and early warning signs are clear today – ‘things fall apart; the centre cannot hold’! Lack of oxygen has now acquired pandemic proportions. Who says the second wave, or the failure of the health system, the lack of oxygen, the shortage of medicines and vaccines, etc. were unexpected, and there’s little we could have done to be prepared for them.

India’s health sector and status are where they are today primarily due to long-standing confusion over the distribution of responsibility for health. All other challenges emanate from this confusion. According to our National Health Policy 2017, ‘one of the most important strengths, and at the same time, challenges of governance in health is, the distribution of responsibility and accountability between the Centre and states.’

Although health is the constitutional responsibility of states/Union Territories (UTs), the Centre has, in practice, played a leading role at various levels, with Central departments not willing to give up their powers. This has led to a situation in which both the Centre (theoretically) and the states/UTs (practically) are able to disown responsibility for the health of their citizens. Don’t confuse this with schemes. The rise of the free market system and the rising burden of the so-called lifestyle diseases have encouraged governments to increasingly shift responsibility to individuals themselves. Your health, your responsibility – it is quite intuitive and convincing, even for the affected citizens.

The truth is governments are better placed vis-à-vis individuals and other health sector stakeholders to tackle the complexity of health risks and determinants and make international, national and local ecosystems as favourable as possible for the health of citizens. Individuals can be held responsible for their health when there is a favourable ecosystem to make healthy choices.

Given the complexity of health risks and determinants, it is possible that in particular cases, even governments cannot be held responsible when it is beyond their capacity to tackle certain health risks and determinants. Indian governments have been trying hard to exonerate themselves from the consequences of the second COVID-19 wave, offering similar arguments. However, they would always be morally responsible for the health of their citizens, and ought to make the best possible efforts to expand their capabilities to protect and promote people’s health.

The reality is – some of them actually promoted the pandemic to promote their narrow political interests. The way it is playing out, politics in India has become injurious to people’s health on a grand scale. In his ‘Politics,’ Aristotle argues – ‘it is evident that the best politeia is that arrangement according to which anyone whatsoever might do best and live a flourishing life’ and that ‘it is the job of the excellent lawgiver to consider … how they will partake in the flourishing living that is possible for them.’ Clearly, our politicians need to take a break from their politics and read ‘Politics.’

From an epidemiological perspective, governments have two types of responsibilities for the health of their citizens. The first and foremost is preventive/positive responsibility – monitoring and tackling health risks at international, national and local levels to prevent diseases, and protect and promote health at the population level. This usually involves high-level coordination and action as well as a great deal of investment and focus on research and surveillance. The second is the curative/negative responsibility – tackling health risks and diseases through curative, rehabilitative and palliative care at the individual level.

Health – a pandemic like COVID-19 in particular – is primarily a structural challenge. As such, the primary responsibility of governments is preventive/positive in nature as individuals and other health sector stakeholders (no matter how big a hospital or pharmaceutical firm) cannot do much at that level. At this level, governments also need to focus on the privileged sections of the society – obviously, with primacy for the unprivileged – since they also get affected by health risks in the broader ecosystem, even if not as badly as unprivileged, and their privilege cannot protect them beyond a point. The COVID-19 pandemic has shown this clearly. The government’s curative responsibility may not apply vis-à-vis the privileged, and it can choose to reserve and focus its resources towards the unprivileged.

As far as the COVID-19 pandemic is concerned, the failure of governments (Central and state) in India is primarily and much more serious vis-à-vis their preventive/positive responsibility, not only because the calamity that we are witnessing today could have been mitigated, even if not prevented, as much as possible at that level, but because all of us are well-aware that the country’s healthcare system is incapable of catering to regular demand, let alone deal with a pandemic of this proportion. By failing vis-à-vis their preventive positive responsibility, they also exposed the existing limited resources and workforce at curative/rehabilitative/palliative care level to undue pressure.

As a result, several healthcare personnel have lost their lives, and people have limited access to routine health services. When diplomacy and military intelligence fail, soldiers suffer and die on the ground. This is what is happening in India as far as COVID-19 is concerned. No country, no matter how rich, as we have seen, can have a health system strong enough to deal with a pandemic like COVID-19.