Home  »  News  »  The curious case of the COVID pandemic wave in Kerala and its economic implications!

The curious case of the COVID pandemic wave in Kerala and its economic implications! 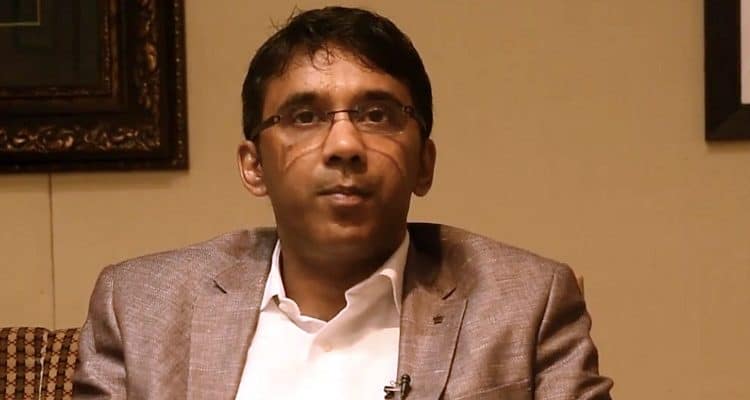 
The COVID control strategy that Kerala followed at the early stage of the pandemic was significantly different from the rest of the country. At the national level, the strategy was to bring down the cases to a manageable level. Kerala strategy was very similar to the strategy the state successfully followed for the Nipah control. The state attempted to track each contact of the patient, implement overtly strict border control measures, and bring down the cases to near zero. No doubt the state succeeded in this effort earlier, with single-digit or even zero daily cases. Island countries such as New Zealand still follow the Zero COVID strategy.

However, New Zealand is an isolated island nation that is affluent enough to close its borders down for a prolonged period, unlike Kerala, with an inflow of population from abroad and other states and an economy dependent on inward remittance and tourism. The state’s unique economic situation was not suitable for such a strategy, that requires sustained measures and the workforce of a marathon team and a bottomless coffer to support such a strategy.

Today, Kerala has the highest number of COVID cases in the country, with the economic activity in the state mainly under pandemic control restrictive measures. Kerala is facing a financial disaster, partly due to the unavoidable impact of the pandemic as everywhere else and due to the unique economic structure of the state. COVID control strategy that the state followed contributed to the negative economic impact.

A successful COVID control model achieves low COVID related mortality with the lowest impact on the economy. Saving lives and saving livelihood are equally important. Suppose we concentrate only on the saving lives component. In that case, the economy will be crippled for a very long time with a boomerang effect on all aspects of life, including health care delivery in the future. On the other hand, if we concentrate excessively on the economic component with very lax COVID related restrictions, we can save the economy with a massive toll on human lives in return. Hence, we must balance saving lives and livelihood.

Kerala has the lowest Case Fatality Rate in the country. Though the mortality rate per million population is high in Kerala, this could be due to more transparent reporting of deaths in the state than in most other states. So the state has performed well in the saving lives component. The issue is with the saving livelihood component. The path to an impending economic disaster is already evident.

How could the epidemic wave in Kerala be dramatically different from the national trend?

The collective and sincere work of health care workers, local civic bodies, police, the public and the media at the start of the pandemic could keep the COVID numbers at a very low level. These efforts could reduce the daily numbers and generate a pandemic curve that is significantly different from the national trend.

However, the state’s unsustainable strategy resulted in a burnt-out system by October last year itself. The machinery lost its momentum in crucial measures such as contact tracing, testing, and quarantining. Instead of flattening the curve, this scenario resulted in a delayed but large first wave and then a prolonged plateau of medium height.  Kerala failed to anticipate the long dynamics of the pandemic.

Without realising the state’s background characteristics, the national and international media praised the state for its early success model and pushed it further into achievement and competitive mode. The whole world praised the very low number of COVID cases in Kerala at the early stage. But those familiar with the Kerala health care system and the unique economic scenario, realising the unsustainability of the Kerala COVID model and its economic consequences, had attempted to ring the alarm bell and suggested a change in strategy.

At the national level, the pandemic’s peak was mid-September, with a declining trend in October. The country had a near-complete exit from the lockdown in October. The number of cases remained very low from November last year to February, with economic activities fully functional.

In Kerala, on the contrary, the peak of the first wave was in October, a month later than the national peak. Unlike the national trend, the number of cases in Kerala remained relatively high from November to February. As a result, the graph never reached anywhere near the baseline in Kerala.

The economic impact of the COVID scenario in Kerala

The unique and prolonged COVID waves in Kerala harmed the economy.  Even when the economy was in a near-complete functioning mode at the national level from October to March, the relatively high number of cases in Kerala prevented the state from fully reopening the economy. After the second wave, most states in the country reopened the economy fully by July.

In Kerala, the situation is entirely different, with a significant part of the state still under containment zones. The shortsightedness in the COVID control strategy and not the lack of any sincerity by the system resulted in the unique wave pattern and negative impact on the economy. COVID has inflicted a serious economic impact at the global level and in all states of our country.

The unique economic structure predisposed the state into a disproportionate impact, much more than other states. Kerala economy is significantly dependent on inward remittances, especially from those working in the Middle East. More than 20 per cent per cent of Kerala’s state GDP is from inward remittance. The economic instability in the Middle East had started to show its impact on Kerala well before the pandemic. More than six lack Keralites have lost their overseas jobs.

The service sector, including tourism, hospitality and transport, comprises a lion share of the economy. Tourism, a significant source of revenue to the state, was non-existent during the lockdown, as was in other states. Unlike most other states, the unusually prolonged COVID scenario with persistently high numbers resulted in an additional lengthy partial lockdown.

Suppose Kerala had followed a realistic COVID control strategy at the beginning of the pandemic. In that case, the state could have witnessed a similar but smaller wave pattern to the national one, with less impact on the economic activity.

The question- a crucial one that it is-if Kerala had followed the strategy that most other states followed at the beginning of the pandemic, wouldn’t the COVID related case fatality and mortality in Kerala have skyrocketed?

I would say no. The biggest strength of the state is its robust health care system. Kerala had the capability to absorb a much bigger caseload during the first wave without negatively impacting the mortality rate. Kerala has probably the best healthcare set up in the country due to better investment in health care over the last several decades, irrespective of the successive governments’ political affiliation.

Let us not forget that even at the height of the second wave, with more than 40000 cases a day, the state could keep the CFR lower than most other states. Unfortunately, Kerala forgot its strength and chased an unrealistic strategy, with a resultant large and sustained wave at a later stage and additional economic damage.

No doubt, the CFR and the excess death are lower in Kerala compared to other states. The prolonged second wave, where the delta virus was the predominant strain, resulted in more cases and cumulative deaths than the number of fatalities the state could have had if more patients had occurred during the first wave.

Kerala had no reason to compare with other states. The strength of the state is its health care setup and the weakness- its unique and fragile economy. Kerala’s achievement mode initially made the state neglect its strength, resulting in the final blow in its weakest aspect- the economy.

Is the Kerala COVID model success or failure?

Kerala set an example to the rest of the country that a robust healthcare setup will come in handy in pandemics and help keep the death rate lower. But, the unrealistic and unsustainable COVID control model accentuated the financial crisis that will have a boomerang effect on all aspects of life in the future, including healthcare.

A balanced and realistic COVID control strategy, based on the solid foundation of the existing high-quality health care, without neglecting the fragile and unique economics of the state could have helped the state save lives and livelihood.