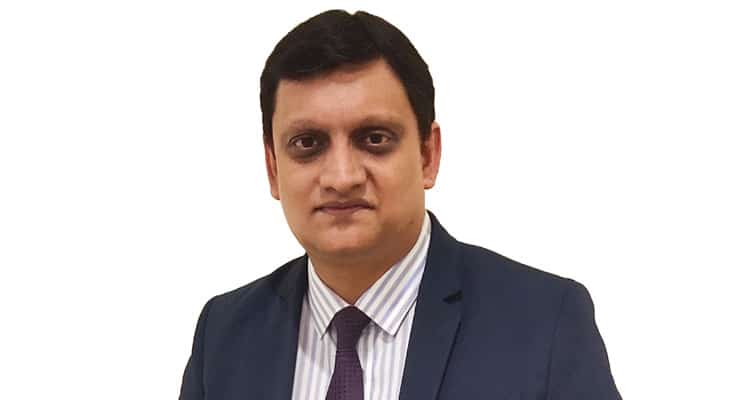 The new millennium brought in a transition from conventional Screen-film Radiography to Computed Radiography (CR) and gradually over the last two decades to Direct Digital Radiography (DR). The future however lies in Artificial Intelligence (AI) enabled Radiography systems.

Computed Radiography cassettes use photo-stimulated luminescence plates to capture the X-ray image, instead of traditional X-ray film. The exposed CR cassette goes into a digitiser that converts the latent image stored on the plate into a digital image that can be further processed, edited and viewed on a computer/screen. CR is a two-step process, the first being Image Acquisition and the second step being the image readout by the digitiser.

Digital Radiography systems use Active-matrix Flat Panel Detectors consisting of a scintillator detection layer deposited over an active matrix array of thin-film transistors and photodiodes. With DR, the image is converted into digital data in real-time and is available for review within seconds. Flat Panel Detectors using a scintillator like GOS (Gadolinium Oxysulfide) or CsI (Cesium Iodide) are called Indirect Conversion Systems. When the scintillator is exposed to X-ray, the beam is absorbed and converted to fluorescent light. A photodiode array further converts the fluorescent light to an electric charge and the corresponding TFT switch completes the readout process in real-time.

DR systems have significantly higher dose efficiency than CR systems. They are two to three times more efficient at converting dose to signal than CR. This increased dose utilisation means that a DR can produce the same image quality as CR at a lower dose or that DR can produce higher contrast resolution images than CR using the same dose.

In clinical practice, a DR system generally requires a 40 per cent lower radiation dose than CR or Screen-Film systems. The latest generation of wireless DR detectors with automatic beam detection offers the flexibility of retrofit in a traditional system designed for use with CR or screen film, but with the benefits of much higher throughput, portability and flexibility. In addition, panels are now equipped with a data processing engine and carry their own calibration files, which allow the images to be corrected on the panel. On-panel image corrections increase the image transmission speed and reliability.

The digital image whether it has been acquired by a CR or a DR system is generally transferred to a PACS system in the form of a DICOM file. During the process of report writing, a radiologist would generally rely on powerful image processing software that provides an array of tools to critically review the high-resolution image leading to diagnosis. The current trend is to further enhance these software tools by incorporating Artificial Intelligence algorithms that can predict diagnostic scores/probabilities and can assist the radiologist to arrive at highly accurate and conclusive diagnoses within a shorter time period.

AI algorithms involving deep learning are increasingly being deployed for image-recognition tasks. Deep learning is based on a neural network structure that emulates to a great extent the working of the human brain. Neural network structures are designed to learn differential and delineating features from clinical data automatically, enabling them to approximate very complex nonlinear relationships. Once these neural network structures are trained with statistically significant samples of clinical images with expert radiologists specifying a structured approach towards identifying image patterns for a conclusive diagnosis, the software is able to emulate the human thinking process and predict diagnostic scores leaving the task of the confirmatory diagnosis to the expert eyes of the radiologist.

The advancement in computing hardware, availability of a large repository of expertly tagged clinical imaging data in digital form to train the neural network structures and continuous refinement of AI algorithms have led to the development of applications that can perform extremely precise differential diagnoses. Many modern Digital Radiography Systems come equipped with software tools that has anatomy specific AI tools that can assist radiologists to deal with much higher caseloads and quickly perform very precise diagnosis.

It is time to prioritise high blood pressure as a public health emergency: Experts