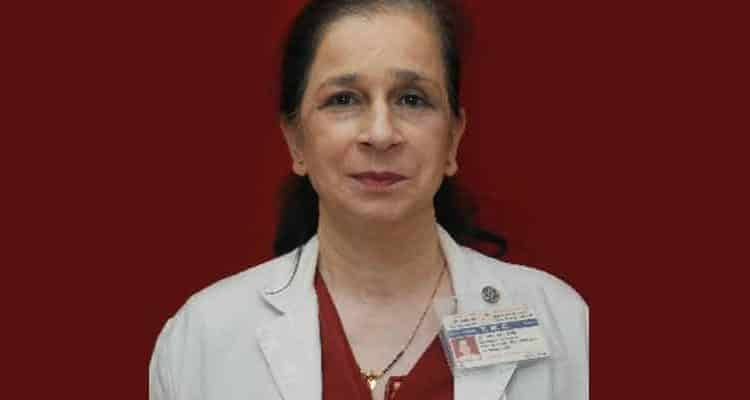 Dr Rohini Kelkar, ex director, laboratories and professor and head of department, Tata Memorial Centre, Mumbai emphasises the importance creating awareness around sepsis, its correlation with AMR and how it can be prevented through antibiotic stewardship and deployment of innovated technologies to enable real time diagnosis of sepsis and identification of AMR to save millions of lives

When actor Christopher Reeve, known for his role as Superman died in 2004, people thought that the actor succumbed to the complications of his spinal cord injuries. However, not everyone knows that he died due to a life-threatening disease called sepsis that developed due to an infected wound at the back of his head. This highlights the fact that “Superbugs” do not respect any boundaries!

Sepsis is a global health crisis that affects between 47 and 50 million people every year and is responsible for 20 per cent of all deaths globally. Mortality rate of sepsis varies between 15 to 50 per cent, depending on the country. As far as India is concerned, according to a report by The Lancet, the country has higher number of deaths due to sepsis as compared to other South Asian countries except Afghanistan with the death rate being 213 per 100,000 people.

It is a well-recognised fact that most deaths from sepsis are preventable. Therefore, with World Sepsis Day on September 13 still fresh in our minds, it is critical to know what sepsis is and join hands to spread awareness about the timely diagnosis, prevention and prognosis of this condition.

Understanding sepsis and the major challenges for the treatment

In some infections caused by bacteria (microorganisms), the bacteria multiply in the bloodstream and release toxic substances resulting in “septicaemia”.

Sepsis is a life-threatening condition caused by the body’s reaction to an infection. The body releases certain chemicals into the bloodstream to fight an infection. When body’s response to these chemicals is out of balance, it triggers changes that can damage multiple organ systems and lead to septic shock, severely low blood pressure and death. The disease is most dangerous in pregnant women, older adults, children younger than one, people who have weakened immune systems and chronic conditions such as diabetes, cancer, kidney, or lung disease. Patients admitted to hospital for any other conditions can also develop sepsis from infections that develop in invasive devices such as urinary catheters and central venous. These infections may be due to inadequate hygiene practices and or the lack of aseptic techniques among health care workers.

Common symptoms of sepsis include chills, fever, rapid breathing and heart rate, low blood pressure and change in mental status. Chances of survival improves with the early diagnosis of the infection and timely treatment with appropriate antibiotics and large amounts of fluids given intravenously.

There is a major challenge in treating sepsis and that is the growing threat of antimicrobial resistance (AMR). As defined by WHO, AMR is a condition that occurs when microorganisms such as bacteria, fungi, viruses, and parasites undergo structural and genetic changes when they are expose to antimicrobial drugs such as antibiotics, anti-fungals, anti-virals, anti-malarials and anthelmintics. As a result, the medicines become ineffective and infections persist in the body, increasing the risk of spread to others. As more microorganisms become resistant to antibiotics, more people who develop infections and sepsis with these drug resistant organisms succumb to these infections with reduced chances for successful treatment.

Misuse and overuse of anti-microbials is the most pressing health problem. Programmes such as antimicrobial stewardship promote appropriate use of anti-microbials, improve patient outcomes, reduce microbial resistance, and decrease the spread of infections. With advancement in medical technology, there are diagnostic tests that can determine which specific anti-microbials are effective and can guide the doctor in appropriate drug usage. These rapid diagnostic technologies also enable doctors to identify the agent and the root cause of an infection and make precise treatment decisions. The currently available diagnostic systems are highly reliable and offer multiple language, facilitating broader adoption in laboratories worldwide.

With the burgeoning number of AMR cases, it is vital for hospitals to diagnose and treat patients with sepsis accurately and rapidly. Scientists have innovated superior diagnostic tests, from specimen collection to actionable results. The gold standard diagnostic test for sepsis is blood culture. This test identifies the cause of infection and gives doctors the best information to choose the most effective treatment option. Advanced diagnostic systems with appropriate and safe collection of specimens in closed containers, enables active and real time reporting.

Why is it important to address AMR, to stop sepsis?

To address the problem of AMR and sepsis, we need to start with the prevention of infections. “Prevention is better than cure”. Efforts should be taken to have standard practices for the prevention and control infections and resultant sepsis.

Doctors and other healthcare staff should follow hygienic practices such as washing hands with antimicrobial soaps/antiseptics and proper surgical site preparation (aseptic techniques). People should be encouraged to stay updated about the vaccinations to prevent infections and management should ensure that people have access to all basic drugs and vaccines. Efforts are required to address malnutrition and clean water should be provided to all. Delayed and ineffective therapies increase the threat of AMR and sepsis. Anti-microbials should be used under medical supervision and not bought “over the counter” for self-medication.

Therefore, appropriate and timely diagnostics is the key in preventing resistance from developing. With awareness and advocacy, mortality rate of sepsis can be decreased dramatically. There is a dire need for alignment of sepsis and antimicrobial stewardship programmes to send out coordinated and consistent messages. Credit it to experts and researchers who have innovated technologies enable real time diagnosis of sepsis and identification of antimicrobial resistance. Hence, be involved today and speak to as many people as possible about the latest diagnostic and therapeutic options for managing AMR and sepsis as immediate medical intervention and intensive care can save millions of lives.