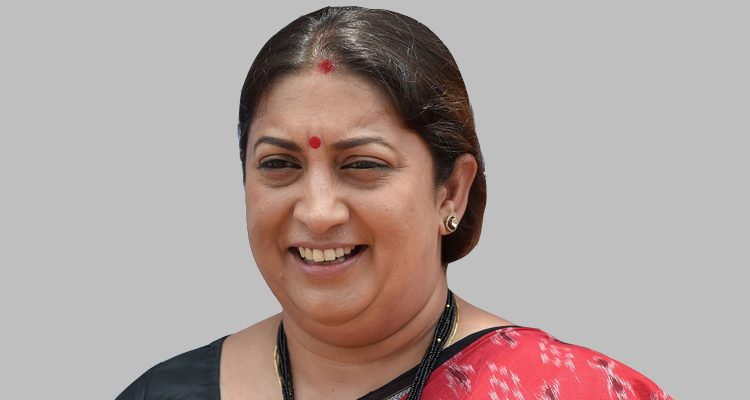 Smriti Zubin Irani, Union Minister of Women & Child Development (WCD) and Textiles, said that Ministry of WCD, NITI Aayog and Ministry of Health and Family Welfare are examining measures to strengthen Integrated Child Development Services(ICDS) in order to ensure that targeted children benefit from the programme. She reiterated that malnutrition is not restricted to women and children belonging to the poor strata of society, many children from affluent families living in urban areas are equally afflicted with malnutrition. She added that proper nutrition depends on selection of nutritious food for children, expectant mothers and lactating women. The WCD Minister informed that nutrition levels have improved by 40 per cent between 2006 and 2016.

The Minister of WCD was speaking at the inaugural session of Northern Regional Workshop on Best Practices and Innovations from POSHAN Abhiyaan in New Delhi last evening. Irani further added that the Government is considering amendments to Prevention of Child Marriage Act to make reporting of cases of child marriages mandatory for the concerned agencies. Her remarks came in response to a question on the prevalence of large number of cases of pregnancies among married girls under 18 years of age. The number of cases of pregnancies in girls under 18 years is as high as 21 per cent. Children born from child marriages are more prone to undernourishment.

Irani informed that 2.7 crore activities were undertaken by the Ministry of WCD, State Governments, Anganwadi workers during the POSHAN Maah in September this year with 1.3 million ground level functionaries dealing with 85 million beneficiaries. The Minister added that Odisha was not part of POSHAN Abhiyaan in the beginning but has now come on board and West Bengal has adopted most of the elements of the programme. Tripura which had a huge gap in implementation of the nutrition programme two years ago has now made remarkable achievements in nutrition.

Amitabh Kant, CEO NITI Aayog, in his keynote address said that malnutrition is a big challenge and it has to be tackled successfully if India has to grow at the rate of 8-9 per cent annually. He said POSHAN Abhiyaan cannot be run merely as a government programme. It has to be made a Jan Andolan by actively engaging Panchayati Raj institutions and self-help groups. Amitabh Kant observed that there is lack of convergence at the field level that can be addressed by capacity building, leveraging technology and real time monitoring of the schemes being implemented to tackle the problem of malnutrition.

Bishow Parajuli, Country Director, World Food Programme, also addressed the workshop. The two-day event has been organised by the Ministry of WCD and Observer Research Foundation.