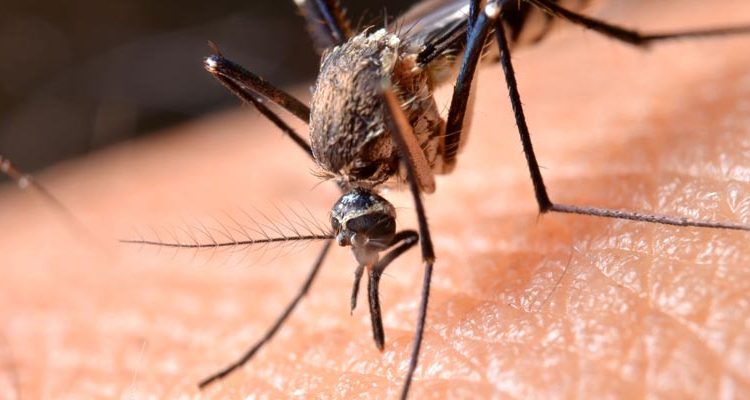 Some progress in Asia but plateau particularly in high burden countries in Africa; India reduces malaria cases by 1.2 million over past two years

According to WHO‘s latest World Malaria Report, progress against malaria continues to plateau, particularly in high burden countries in Africa. Gaps in access to life-saving tools are undermining global efforts to curb the disease, and the COVID-19 pandemic is expected to set back the fight even further.

“It is time for leaders across Africa – and the world – to rise once again to the challenge of malaria, just as they did when they laid the foundation for the progress made since the beginning of this century,” said WHO Director-General Dr Tedros Adhanom Ghebreyesus. “Through joint action, and a commitment to leaving no one behind, we can achieve our shared vision of a world free of malaria.”

In 2000, African leaders signed the landmark Abuja Declaration pledging to reduce malaria deaths on the continent by 50 per cent over a 10-year period. Robust political commitment, together with innovations in new tools and a steep increase in funding, catalysed an unprecedented period of success in global malaria control. According to the report, 1.5 billion malaria cases and 7.6 million deaths have been averted since 2000.

Recently, leaders from across Asia Pacific have endorsed the APLMA Leaders’ Malaria Elimination Roadmap: A 5-year Review of Progress (2015–2019) report, celebrating significant gains against malaria across the region, while global progress has stalled. During the 15th East Asia Summit (EAS), held in November, the region’s leaders reaffirmed their commitment to a coordinated response for eliminating malaria by 2030, as a public and regional health security priority.

India too made a significant contribution to this achievement, reducing malaria cases from 20 million to just over 5 million in 2019. China and Malaysia have both registered zero malaria cases for three consecutive years and kept malaria at bay despite COVID-19.  Between 2000 and 2019, in the six countries of the Greater Mekong subregion (GMS) – Cambodia, China (Yunnan Province), Lao People’s Democratic Republic, Myanmar, Thailand and Viet Nam – P.falciparum malaria cases fell by 97 per cent, while all malaria cases fell by 90 per cent.

A plateau in progress

As in past years, the African Region shouldered more than 90 per cent of the overall disease burden. Since 2000, the region has reduced its malaria death toll by 44 per cent, from an estimated 680 000 to 384 000 annually. However, progress has slowed in recent years, particularly in countries with a high burden of the disease.

A funding shortfall at both the international and domestic levels poses a significant threat to future gains. In 2019, total funding reached US $3 billion against a global target of $5.6 billion. Funding shortages have led to critical gaps in access to proven malaria control tools.

In 2020, COVID-19 emerged as an additional challenge to the provision of essential health services worldwide. According to the report, most malaria prevention campaigns were able to move forward this year without major delays. Ensuring access to malaria prevention – such as insecticide-treated nets and preventive medicines for children – has supported the COVID-19 response strategy by reducing the number of malaria infections and, in turn, easing the strain on health systems. WHO worked swiftly to provide countries with guidance to adapt their responses and ensure the safe delivery of malaria services during the pandemic.

However, WHO is concerned that even moderate disruptions in access to treatment could lead to a considerable loss of life. The report finds, for example, that a 10 per cent disruption in access to effective antimalarial treatment in sub-Saharan Africa could lead to 19 000 additional deaths. Disruptions of 25 per cent and 50 per cent in the region could result in an additional 46 000 and 100 000 deaths, respectively.

“While Africa has shown the world what can be achieved if we stand together to end malaria as a public health threat, progress has stalled,” said Dr Matshidiso Moeti, WHO Regional Director for Africa. “COVID-19 threatens to further derail our efforts to overcome malaria, particularly treating people with the disease. Despite the devastating impact COVID-19 has had on African economies, international partners and countries need to do more to ensure that the resources are there to expand malaria programmes which are making such a difference in people’s lives.”

A key strategy to reignite progress is the “High burden to high impact” (HBHI) response, catalysed in 2018 by WHO and the RBM Partnership to End Malaria. The response is led by 11 countries – including 10 in sub-Saharan Africa – that account for approximately 70 per cent of the world’s malaria burden.

Over the last 2 years, HBHI countries have been moving away from a “one-size-fits all” approach to malaria control – opting, instead, for tailored responses based on local data and intelligence. A recent analysis from Nigeria, for example, found that through an optimized mix of interventions, the country could avert tens of millions of additional cases and thousands of additional deaths by the year 2023, compared to a business-as-usual approach.

While it is too early to measure the impact of the HBHI approach, the report finds that deaths in the 11 countries were reduced from 263 000 to 226 000 between 2018 and 2019.  India continued to make impressive gains, with reductions in cases and deaths of 18 per cent and 20 per cent, respectively, over the last 2 years. There was, however, a slight increase in the total number of cases among HBHI countries, from an estimated 155 million in 2018 to 156 million in 2019.

This year’s report highlights key milestones and events that helped shape the global response to the disease in recent decades. Beginning in the 1990s, leaders of malaria-affected countries, scientists and other partners laid the groundwork for a renewed malaria response that contributed to one of the biggest returns on investment in global health.

According to the report, 21 countries eliminated malaria over the last 2 decades; of these, 10 countries were officially certified as malaria-free by WHO. In the face of the ongoing threat of antimalarial drug resistance, the six countries of the Greater Mekong sub region continue to make major gains towards their goal of malaria elimination by 2030.

Transforming lives and addressing malnutrition through good governance in Gujarat