Why liquid biopsy is a paradigm shift in clinical oncology 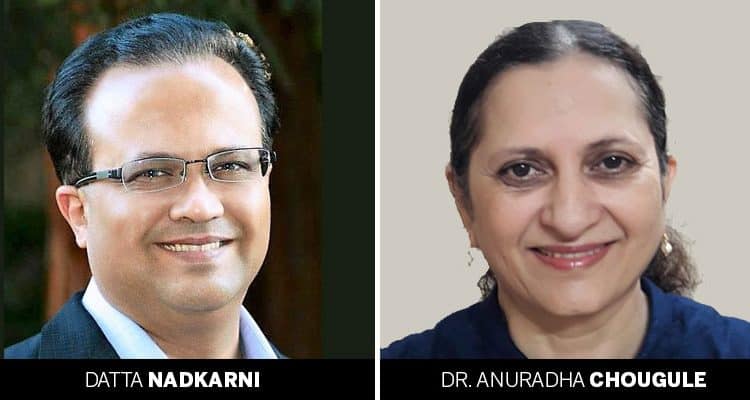 Dr Anuradha Chougule,  Professor and Scientist – Molecular Diagnostic and Translational Medicine, Tata Memorial Hospital, Mumbai and Datta Nadkarni, global strategy consultant, explain why a wider adoption of liquid biopsy techniques in India could detect cancer much earlier, reduce burden on the limited cancer hospitals while saving a lot of lives – all at much lower patient costs

Early detection is the holy grail of cancer management. In clinical oncology, the current clinical practice for diagnosis and treatment decisions are based on methods like tissue biopsy, imaging techniques (CT, MRI, or PET Scans), and cytology. The information gained from these approaches is static in time, coarse grained, because they provide little detail at the molecular/genomic level about the underlying cancer. During a particular tissue biopsy the surgeon may or may not capture the precise tumour cells in the tissue sections captured for histopathology / morpohology, which then determines the next steps for treatment. Further these surgical tissues biopsies cannot be iterative given the patient’s frailty, tolerance for invasive procedures, costs etc. The presence of interpatient tumor heterogeneity complicates treatment decisions.  However, tissue biopsy remains the gold standard in diagnosing the various histolopathology types and subtypes of solid tumours.

One of the biggest advantages of liquid biopsy (LB) is the ability to detect the cancer biomarkers in blood and malignant body fluids earlier than conventional methods like tissue biopsy. Current research literature in precision medicine suggests that liquid biopsy is indicated for advanced and metastatic solid-tumour cancers, before first-line therapy, or as the cancer progresses. However, it is not indicated for hematologic malignancies and early stage cancers (stages I or II). This emerging new technology has revolutionised the genomic profiling and led to precision medicine like Tyrosine Kinase Inhibitor therapy (TKI).

The existence of liquid biopsy (cfDNA) was first demonstrated in 1948 by Mandel and Metais.  During the programmed cell death (apoptosis) and necrosis, the dead cells are engulfed by macrophages and other scavenger cells (phagocytosis).  However when macrophage phagocytosis is exhausted, there is increased nucleosome (shed DNA fragments) amounts released into the bloodstream. These “shed DNA” fragments are the circulating-free DNA (cfDNA).

Similarly, during tumour necrosis, shedding of nucleosomes by malignant tumours result in release of circulating-tumour DNA (ctDNA) along with cfDNA. This ctDNA causes changes in the genomic sequence (genetic mutations) within the patient’s normal genes. The circulation of ctDNA via the lymph and blood circulation spreads the disease to other organs – and is termed “metastasis”.

The genomic profiling of plasma-shed ctDNA is an emerging multimodal diagnostic tool for the therapeutic approach in clinical oncology. Their presence can be analysed by using plasma, urine, saliva and other malignant body fluids cerebrospinal fluid (CSF), pleural effusion, pericardial and ascitic fluids, which are close to the tumour.

Dr Kumar Prabhash, head, medical oncology, TMH states,“In one of our published data, a high concordance (96.96 per cent) between tissue biopsy and ctDNA for oncogenic driver mutations was observed, showing a false negative rate of only around 3 percent which is acceptable.   The sensitivity, specificity, positive predictive value, negative predictive value, and diagnostic accuracy of the assay were 91.1 per cent, 100 per cent 100 per cent, 95.6 per cent, and 97 per cent, respectively.”

With the advent of high throughput technology and with several notable studies in cancer, testing of liquid biopsy (plasma ctDNA) is becoming more popular to identify somatic driver actionable mutations, and predictive and prognostic biomarkers in various cancer tumours in the oncology clinic.   Further, LB can also be effectively used to monitor the efficacy of TKI (Tyrosine Kinase Inhibitor) treatments and evaluation of resistance mechanisms in the human body.  The biomarkers other than plasma ctDNA liquid biopsy include circulating cell-free tumour DNA (ctDNA), circulating tumour cells (CTCs), exosomes, tumour-derived RNA, and tumour-educated platelets. The analyses of these biomarkers are still being researched, and has not yet been approved for routine testing.

Dr G S Bhattacharyya, medical oncologist (Kolkata) and member of ESMO Global Policy and WHO  Steering Committee states, “Genomic or liquid biopsy tests hold great potential to improve patient outcomes by selecting targeted treatment and monitoring response and forms an important armamentarium for personalised and precision medicine . These tests can be used to guide initial therapy, identify relevant clinical trials, and help us understand and tailor therapy based on mechanisms of resistance, they can also be used for cancer screening and early detection.”

For tissue biopsy a larger team of CT Scan, intervention radiologist, on site pathologist, technician to make blocks, pathologist, molecular pathologist or molecular biologist is essential whereas for LB the essential team is just a phlebotomist, molecular pathologist or biologist. In tissue only 18 percent of patients get their complete tissue genotyping, however this number can greatly improve by performing a liquid biopsy. A cross-sectional observation study regarding patients and their physician’s willingness to wait for driver mutation report on the tissue biopsy is just 35 percent. In lung cancer there are several procedural complications of CT guided biopsy, of pneumothorax, pneumothorax with a need for intervention, pulmonary haemorrhage, haemoptysis with spontaneous haemostasis and haemothorax, and hence LB ( partial invasive procedure)  testing, predominantly overcomes all these complications.

In terms of time management the reporting of genomic profiling is much faster than tissue biopsy (seven days versus 15 days) and since liquid biopsy bypasses all the surgical procedures, it is highly cost effective.

In normal subjects, the concentration of plasma cfDNA ranges from less than 10 ng/ml to more than 100 ng/ml. The half-life of cfDNA is between 16 mins to 2.5 hours. In cancer patients, ctDNA represents a small proportion of total cfDNA, varying from less than 0.1 per cent to over 10 per cent according to the tumour burden, cancer stage, cellular turnover, and response to therapy. For the accurate analysis of downstream pathways of genomics, an algorithm of plasma separation and extraction of ctDNA has to be implemented meticulously. In case of in-house sample analyses, the sample can be drawn in routine K2 EDTA vacutainer, whereas, the sample which is transported to a reference Laboratory, has to be collected in special vacutainers (Streak, PAX gene etc..) having larger stability of 48 hours, to prevent the plasma from degrading. Once the sample reaches the laboratory it is very important to separate out the plasma within two hours and stored at -80 C till the cfDNA is extracted. There are several commercial DNA-extraction KITS based on different principles like column based, magnetic bead based and silicon based etc.  For genomic profiling the samples are processed on NGS (next generation sequencing) platform. It is an unmet need for the samples to be sent out only to a certified (NABL /CAP) Laboratory, who can then provide a final report outlining the detected genomic alterations.

The highly dynamic clonal evolution of the tumour over time warrants longitudinal surveillance of the molecular landscape of the tumour. This cannot be efficiently achieved with tissue biopsy samples alone, and requires an alternative approach. Due to the rapid turnover rate of tumours, tumour materials such as nucleic acids, vesicles, and viable cells are constantly released into the circulation. Liquid biopsy can be used to frequently assess the dynamic molecular landscape of tumour with the least cost or discomfort to the patient.

Liquid biopsy plasma ctDNA has approximately 86 per cent chance of positive detection across all solid tumour types. It is a promising biomarker in advanced/metastasis cancer disease. However a negative liquid biopsy test result may not indicate an absence of tumour oncogene. So here a tissue biopsy analysis is recommended. LB can also be challenging in early stages of cancer because of low ctDNA levels in the body fluids. The presence of mutations in plasma does not establish that these mutations are originating from a particular cancer and does not establish its histologic type and subtype. ctDNA reflects the genome of dying tumour cells and not the existing tumour cells or resistant population, and hence cannot provide the exact origin of the mutation.

The registry of new patients of various cancer types in Tata Memorial Hospital alone is approximately 75,000 / year. The World Cancer Report said that according to the estimated cancer burden in India in 2018, there are about 1.16 million new cancer cases, 784,800 cancer deaths, and 2.26 million 5-year prevalent cases in India’s population of 1.35 billion. Projections suggest that this figure will increase to 1.70 million by 2035. Approximately 87 per cent of these patients seek medical attention in advanced stages of disease. This contributes to India’s very high mortality-incidence ratio of 0.68 which is substantially higher than that of high-income countries. In addition to late-stage presentation, other factors that likely contribute to poor cancer outcomes in India include limited health system infrastructure, a scarcity of oncologists, and patients’ inability to afford cancer treatment.

Cancers of oral cavity and lungs account for over 25 per cent of cancer deaths in males and cancer of breast and oral cavity account for 25 per cent cancers in females. As seen in the diagram, the top five cancers in men and women account for 47.2 per cent of all cancers; the mortality rate of these cancers can be significantly reduced or prevented, if screened, diagnosed and treated at an early stage. In this era of personalised medicine, there is a huge unmet need for early diagnosis and early treatment protocols, particularly in solid tumours. The crude cancer incidence rate was highest in Kerala and Mizoram, followed by Haryana, Delhi, Karnataka, Goa, Himachal Pradesh, Uttarakhand, and Assam.

A wider adoption of liquid biopsy techniques in India could detect cancer much earlier, reduce burden on the limited cancer hospitals while saving a lot of lives – all at much lower patient costs.

So to conclude, LB is similar to tissue biopsy, less invasive and safer for patients, less tedious to perform, requires less manpower than tissue biopsy, and last but not least it is cost effective and can be performed at any remote place in India and can save millions of lives of cancer patients.

Says Dr Hemant Malhotra, president, Carcinogenesis Foundation – India, and professor and head, dept. of medical oncology, Sri Ram Cancer Center, MGMC Hospital, Jaipur,“I have no doubt in my mind that, with the advancement of technology and techniques, and the ever increasing need for tissue, this modality is going to become more and more important in the near future”.

“In oncology, liquid biopsy helps us make the right decision for treatment of patients in many ways. When tissue biopsy is not possible or fails; when the biopsy needs to be done at frequent intervals; when additional mutations driving disease progression need to be identified; when targeted treatment is commenced, changed or stopped; when patient develops unusual features that do not match the natural history of the cancer. I cannot think I can do justice to many of my cancer patients without the benefit of proper use of liquid biopsy,”says Dr Purvish Parikh, group oncology director, academics and academic professor of medical oncology, Shalby Cancer & Research Institutes, India.

“Liquid biopsies are essentially using blood, serum or other body secretions including but not limited to urine, saliva, sputum. Sampling blood seems very attractive as this helps us to overcome the tumour heterogeneity – a shortcoming of limited tumour biopsy. It can also be done serially at various time points to study the tumour progression, response to therapy and to look at genetic changes that could help us to tailor treatment,” states Dr K Govind Babu, consultant medical oncologist, St Johns Medical College and Hospital, HCG Hospitals, Bangalore.

How healthtech startups are using cloud for innovation during COVID-19