Why the online sale of medicines is a regulatory black hole 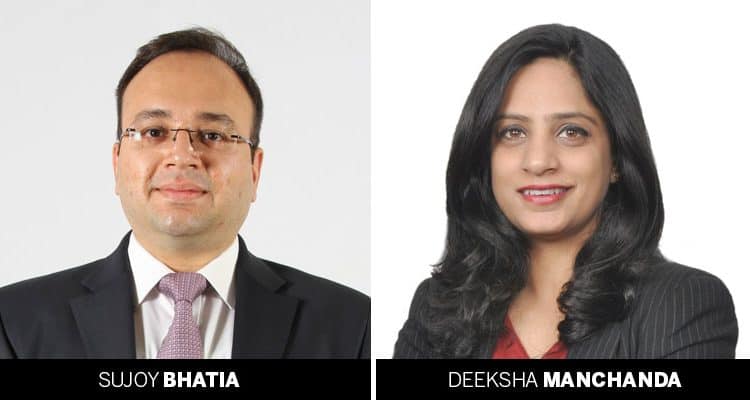 While the National Digital Health Mission, announced by Prime Minister Modi on August 15, 2020, provides a strong indication that the online sale of medicines will be a reality and any absolute ban is unlikely, Sujoy Bhatia, Partner, Head Corporate, Chandhiok & Mahajan Advocates and Solicitors and Deeksha, counsel at Chandhiok & Mahajan Advocates and Solicitors point out that that does not resolve the extent to which intermediaries will be regulated by the DCA and DCR. The Draft Rules are also conspicuously silent. Given this, they opine that the stage seems set for further litigation, unless clear policies are framed to identify how different kinds of businesses which enable the sale of medicines online will be regulated

Amazon has recently started delivering medicines in Bengaluru. Reliance has acquired a controlling stake in NetMed. The entry of these two giants has also led to consolidation amongst the incumbents, with the first being the merger between PharmEasy and Medlife.  This wave of new entry and consolidation seems logical and even obvious.  While all of these players are ready to battle it out, the battleground itself has been facing an existential crisis. Amidst this sudden spurt of investment, the regulatory blackhole pertaining to e-pharmacies in India merits some attention.

The DCA regulates the distribution and sale of medicines in India. This manifests itself in various ways, including the requirement to take permission from the concerned State Drug Control Department to sell, stock, exhibit or offer for sale or distribute medicines. There are various requirements that need to be fulfilled for obtaining such a license such as proof of qualification and storage and minimum space requirements. The DCA also requires that certain medicines cannot be sold without a prescription.

In this highly regulated space, online sale of medicines challenged the status quo. The controversy started in early 2015 when a few e-commerce platforms (Snapdeal, Shopclues and Amazon) were found to be selling medicines without any prescription or necessary permissions. Since the DCA and the DGR did not include any explicit provisions for governing the online sale of medicines, concerns were raised around the lack of regulatory framework which meant absence of oversight over safe storage of medicines, difficulty of recalling medicines and a resultant threat to human health.

Where is the blackhole?

Some clarity was provided by the Drug Controller General of India (DCGI) which issued a notice in December 2015, clarifying that the DGR does not “distinguish between conventional and over the Internet sale/distribution of drugs” and the provisions of the DGR, “have to be complied with in both cases.” Accordingly, online sale, much like offline sale, is indeed covered by the DCA and DCR.

While it seems obvious that online sale of medicines would be regulated, it is not immediately clear how this would apply on entities selling or enabling the sale of medicines online. The problem is linked to the business model of companies enabling online sale of medicines. Some of them operate much like their brick and mortar cousins i.e., they procure medicines from the pharmaceutical companies and sell it to consumers through an online channel. More suitably referred to as e-pharmacies, they have to comply with DCA and DGR.

However, there are some players who act as mere intermediaries – only providing the seller a platform to sell medicines to buyers. Such platforms contend that they do not fall within the scope of the DCA or DGR, as they “do not sell, stock, exhibit or offer for sale or distribute drugs” and therefore do not require any license under the DCA and DGR.

In 2018, the Government introduced a draft amendment to the DCR to make specific provisions for online sale of drugs (Draft Rules). However, the Draft Rules do not explicitly state if such intermediaries are covered within their scope and if not, would any special rules apply to them. Moreover, two years on, the Draft rules are just that – a draft.

Gazing into the crystal ball

The National Digital Health Mission, announced by Prime Minister Modi on 15 August 2020, provides a strong indication that the online sale of medicines will be a reality and any absolute ban is unlikely. However, that does not resolve the extent to which intermediaries will be regulated by the DCA and DCR. The Draft Rules are also conspicuously silent. Given this, the stage seems set for further litigation, unless clear policies are framed to identify how different kinds of businesses which enable the sale of medicines online will be regulated.