Home  »  News  »  World COPD Day: The ever-increasing burden of COPD in India and the technology needed

World COPD Day: The ever-increasing burden of COPD in India and the technology needed 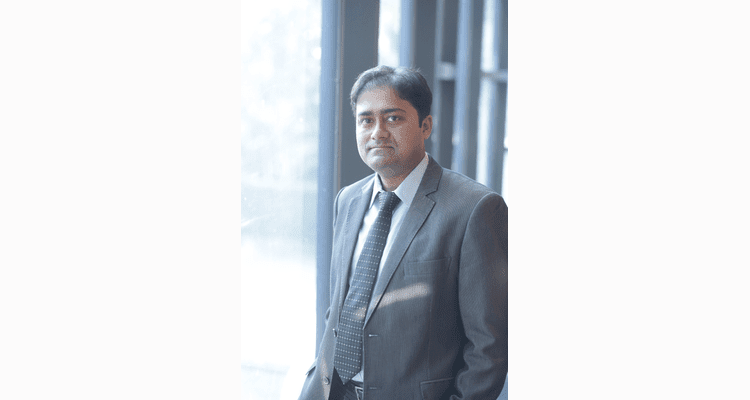 Dr Sibasish Dey, Head, Medical Affairs, Asia and Latin America, ResMed talks about the role of technology in managing the increasing burden of COPD in India

COPD (Chronic Obstructive Pulmonary Disease) is the second leading cause of death worldwide. It affects more than 300 million people, 53 million from India itself. Apart from the ever-existing issues contributing to COPD, the Covid-19 pandemic has made respiratory care critical, especially in India with a vast population, rising AQIs and dipping temperatures. With the pandemic still luring around, dropping temperatures and increasing pollution levels, especially in metropolitan cities such as Delhi and Bangalore, taking care of our respiratory health has never been more critical. Given COPD’s enormous public health burden, it is essential to drive awareness around the symptoms, plausible causes, and treatment.

Moreover, investment in technologies for home diagnosis and care of COPD is the need of the hour. With the same plan in mind, Global Initiative for Chronic Obstructive Lung Disease (GOLD), in collaboration with health care professionals and COPD patient groups worldwide, organises World COPD Day each year to educate the masses about the fatal consequences of untreated COPD symptoms. This year, the theme of their campaign, ‘Healthy Lungs, Never More Important’, is in sync with the ongoing public health scenario.

What is COPD, and how critical is the situation in India?

COPD stands for Chronic Obstructive Pulmonary Disease and is a group of progressive lung diseases, including chronic bronchitis and emphysema. These conditions obstruct airflow from and to the lungs, causing further issues. The symptoms of COPD include constant coughing, wheezing, lack of energy, asthma attacks and sputum production, and is caused predominantly by long-term exposure to irritating gases or particulate matter, most often from cigarette smoke, environmental allergens, viruses/bacteria, and biofuel. COPD patients are prone to developing cardiovascular issues, lung cancer, and in case of acute exacerbations, even premature death.

As per a recent report by the ‘Indian Study on Epidemiology of Asthma, Respiratory Symptoms and Chronic Bronchitis in Adults’ (INSEARCH), COPD impacts over 3.67% of India’s population (4.46 and 2.86% among males and females, respectively). India contributes significantly to the morbidity and mortality of COPD globally, with 3% of India’s disability-adjusted life years (DALYs) recorded due to chronic respiratory diseases (CRDs). It is important to note and understand that COPD is the biggest contributor to CRDs. According to several reports, COPD’s economic burden for India is over 48,000 crores annually, which is far more than the annual budget of the Ministry of Health and Family Welfare (MOHFW) for the year 2010-2011.

Is COPD curable? What are the diagnosis and treatment options?

With COPD, the airways of the lungs become inflamed and obstruct air to pass through. Although completely curing COPD is not possible, with adequate medical intervention and appropriate measures, the impact of the symptoms can be reduced, leading to a better quality of life. The most common treatment of COPD and related issues is an inhaler-based bronchodilator and corticosteroid medications. Although these are effective to a far extent, it is still not enough to combat a pandemic like situation. Medical technologies for the diagnosis of COPD and remote monitoring treatment is needed.

Health Information Technologies (HITs) such as Non-Invasive Ventilators (NIVs) are revolutionising COPD treatment by enabling patients to self-monitor their progress and share their data with healthcare providers remotely. Such digital technologies were not being adopted far and wide until recently due to the absence of evidence that direct-to-consumer HIT tools are effective. It is only after the restrictions on movements imposed by the pandemic that such devices and technologies have gained prominence amongst the medical fraternity. Multiple innovations and research are being done to diagnose and treat chronic ailments such as COPD remotely to reduce the burden on the healthcare fraternity and medical institutions.

NIVs as a treatment option is being recognised and an effective tool to treat acute exacerbations of COPD. They are recommended in the American Thoracic Society Guidelines 2020 and even by the European Respiratory Society. Desirable effects of NIV included possible reductions in mortality and hospital admissions, improved QOL, reduced dyspnoea, improvements in functional capacity and awake blood gases. With adequate treatment and appropriate measures, the long-term consequences of COPD can be reduced, enhancing the quality of life of both the patient and his close family members.

Worldwide 1 in 10 children are born preterm