Advances in the Teleradiology Sector 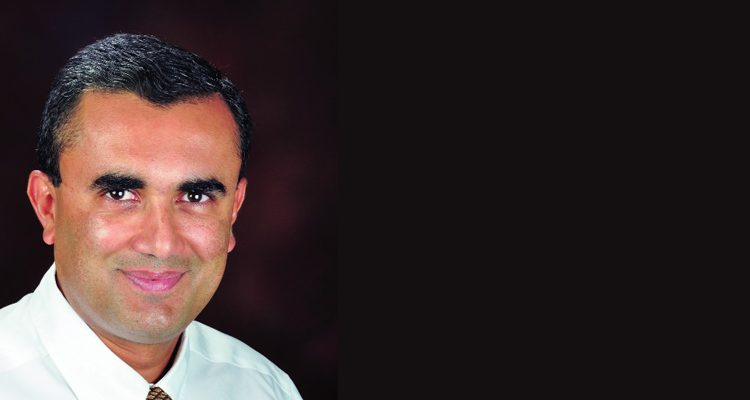 The last decade has been a truly exciting one for the teleradiology sector, which in its currently established form is about two decades old, i.e. as old as the current millennium. The first decade of this millennium had teleradiology proving its credibility as a potentially transformational technology innovation that could provide much needed support to radiologist-starved hospitals and diagnostic centres, emergency departments and perhaps most importantly, to other overworked radiologists. Over the second decade 2010-2019, however, teleradiology has seen exponential scale and has evolved into an industry unto itself. The main advances and trends facilitating this growth of teleradiology, which we have witnessed through the perspective of our own global clinical teleradiology practice have been:

1. Increase in utilisation of teleradiology – Once the initial concerns and doubts about its efficacy and safety were addressed, the sheer need for teleradiology based on critical radiologist shortages and dramatic increases in utilisation of imaging have driven its explosive growth. In our practise we have seen that the growth has spanned all geographies from the most technologically advanced metropolitan cities of the United States to remote and backward parts of Africa and Asia where healthcare delivery is still primitive. Similarly, all modalities have been impacted by teleradiology from plain X-rays to PET-CTs. And market surveys which a decade ago tentatively hinted at teleradiology growing into a 1-billion-dollar industry today seem to confidently proclaim that it will soon cross 10 times that number.

a) A classic example is acute stroke. In our US clinical teleradiology practice we have seen a significant increase in both the number of centres accredited as stroke treatment centres and the corresponding number of stroke imaging scans being performed (now including CT angiography and perfusion imaging). This means that thousands of images per patient need to be interpreted in an ultrashort time frame, typically within 10 minutes. Further, trauma and emergency imaging in general are increasingly utilised. In the US it is estimated that CT imaging of the spine for trauma increased by 400 per cent from 2006-2016 and Vascular CT angiography by 300 per cent over the same time period. As after-hours radiologists are hard to find in the current environment, teleradiology steps in as the provider of choice.

b) At the opposite end of the urgency spectrum even screening examinations such as chest X-ray for TB, low dose screening CT for lung cancer detection and mammography are able to realise greater adoption when combined with teleradiology interpretation. In parallel, the radiologist shortages have become even more acute, despite efforts to train more personnel, which are thwarted by the challenge that today radiologists in many instances are too busy with clinical work to be able to dedicate sufficient time to train the next generation. Hence, more teleradiology utilisation (and online education to train radiologists, but that’s another story…).

3) Cloud technology promotes the growth of teleradiology – From a technology standpoint one of the transformational trends in teleradiology over the past decade has been the spread of cloud based technologies which allows doctors and medical centres to set up and use teleradiology without investing in expensive hardware. Thus, there is a cost reduction by reducing the need for high-end onsite servers. It has also led to greater saleability of teleradiology as the ability to add on server space incrementally, rather than in quantum mode, is facilitated by cloud technologies. Also as server and internet bandwidth costs have dropped, the ability to reliably archive data offsite has become a reality. Rapid/immediate deployment of teleradiology services – as in the pay-as-you-grow model, such as the one afforded by our technology workflow Radspa, wherein any radiologist wishing to practice teleradiology can sign up for and switch on instantly, has accelerated adoption.

5) Teleradiology enables working from home, part time: New service and business models have emerged in the past decade due to the proliferation of teleradiology services. The number of radiologists working part-time from home offices has increased in geometric progression which allows for better utilisation of that exceptionally valuable resource, that is radiologist time. This has also allowed for segments of the workforce who were previously unproductive such as young mothers and those dealing with elder care issues to remain productive in the workforce and equally importantly to retain their radiology skills. Teleradiology also facilitates a per-read reimbursement model that translates into more efficiency and greater productivity in reporting than the traditional salaried reimbursement model.

6) Recent governmental adoption and tendering process for teleradiology – A significant advance in teleradiology over the past decade has been a consequence of the realisation on the part of the government that it is unable to effectively address on its own the radiology needs of the community and its embracing public private partnership models which use teleradiology workflows to deliver valuable access to remote areas in a public health environment. Our work with the government of Tripura has illustrated the power of collaboration between the private sector and government using teleradiology as a bridge to provide radiologist access to district hospitals and community health centres to rural populations in remote parts of India.

7) 3D Teleradiology Lab – the use of outsourced 3D post-processing services for generation of high quality volume data that facilitates surgical planning is an important offshoot of teleradiology that has been firmly established over the past decade. Our work with the Harvard MGH 3D Lab providing after hours post-processing services to a luminary tertiary care metropolitan hospital site is an illustration of the value of this service. From the technology standpoint, the convergence of 3D workstations with teleradiology workflow is a new advance that increases and enhances the reach and value of both.

8) Teleradiology core lab facilitates drug discovery and clinical research – In the last decade, there has been a resurgence in drug discovery related research in the pharma and biotech sector in the country while the industry has only continued to grow at a global level. The use of teleradiology-driven Core Labs, such as our own Image Core Lab, by the pharma/biotech sector has significantly increased, as has the creation/adoption of teleradiology workflow such as Clinspa which are focussed on the unique requirements of clinical research-related radiology reporting such as dual read with adjudication, quantitative imaging and the use of objective reporting standards such as RECIST. Teleradiology has proven itself to be a major value addition in drug discovery and clinical research.

9) Teleradiology-driven education and second opinion sites- The increasing use of teleradiology for second opinions and subspecialty consultations especially through web-based services to which anyone can upload their imaging data marks another success story for teleradiology in recent times. And the growth in popularity of teleradiology-driven online education websites portals for radiology education parallels that of the Internet as the foremost source of information and learning today. We currently have users from all across the world logging on to our live e-lectures by luminary international guest speakers.

10) Teleradiology and AI, the next big thing – Of all these, by far the most exciting development in the teleradiology space has been the emergence and realisation of growing synergies between it and the new and precocious kid on the block, namely artificial intelligence and its conjoined twin, deep learning. Both teleradiology and AI thrive in the environment of clinical complexity, computational and networking technology and big data and both seek to solve the same fundamental challenge of too many images and not enough radiologists. Teleradiology provides an exceptional environment for the development, validation, testing and finally the deployment of deep learning algorithms. The integration of AI algorithms with teleradiology workflows can help make the radiologist more efficient and more accurate. For instance, we have deployed an AI tool that can auto detect a brain bleed into our ER teleradiology practice which enables stroke cases to be triaged immediately as positive or negative. This represents a pivotal moment in the evolution of the new age technology enhanced super-radiologist. AI is the catapult that will propel teleradiology into the new decade and beyond.

To summarise, from a teleradiology perspective, very exciting times lie ahead… and to paraphrase the old time jazz singer Al Jolson…. we ain’t seen nothing yet!

Establishing a research culture: Are we making progress?

MRI can be safely performed even in patients with non-MR compatible cardiac devices:…