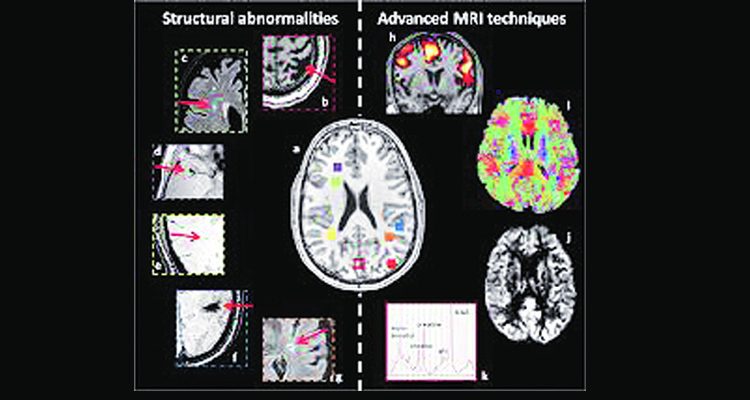 Thus, Imaging and Radiodiagnosis are an integral part of modern management of patients and also form the base for the clinicians to mount the treatment plan.

With the discovery of X-rays by Roentgen in the year 1895, a way to get insight into various body parts was provided. However, this technique was fraught with the dangers caused by radiation.

Ultrasound uses sound waves and is a safe technique to assess the body parts, including the foetus, though it is not useful for bones, brain, spine with limited use for joints. Doppler ultrasound, with the additional use of colour, assesses the interference caused by tissues and flowing blood to long frequency sound waves and produces information in terms of images as well as velocity measurements.

Evolution in the field of X-rays and computer science led to the discovery of Computed Tomography (CT) which formed images in three dimensions, unlike the two dimensional pictures of the X-rays. It gave access to the inside of the calvarium and allowed imaging of bones. However, because of the use of electrons, the capacity to differentiate between different tissues is limited and the side effects of radiation still limit the use.

The discovery of magnetic resonance imaging (MRI) revolutionised imaging in an unimaginable way. It is a very safe technique, which does not use radiation, but allows magnetisation of the tissues in a target area, imparting electromagnetic energy to the protons (H+) in the area. Good pictures can be obtained because the water or proton content between the tissues varies, and hence the ability to discriminate between these increases. Thus, finally unparalleled views were possible inside the brain, spine, soft tissue as well as the foetus using fast scanning techniques, which allows sub-second scanning. Ultrafast MRI has been a major advancement in newer MR techniques. Administration of safe gadolinium-based contrast can add information regarding the diagnosis. MR angiography can map the flow in the arteries and veins in the body without the use of contrast.

Not only the anatomic information is great, but further progress in MRI allowed availability of physiological information regarding the tissues including the brain, liver and muscle. This has been a huge step forward and led to the development of MR Spectroscopy, MR Perfusion, Diffusion weighted imaging (DWI) and Diffusion Tensor Imaging (DTI) and Functional MRI (fMRI). However, these techniques required developments in the magnet and coil designs as well as in the software, which fortunately happened paralelly.

MR Spectroscopy provides information about chemical milieu of certain organs, the data of which is received in the form of a frequency plotted on a spectrum. Brain was the organ most explored and pre-intervention histopathological diagnosis and grading of tumours became a possibility to guide management. Differentiation between a pyogenic abscess and a necrotic neoplasm can be done. A neoplasm is expected to have an increase in choline and reduction in N-acetyl aspartate acid (NAA), whereas a spectrum from a pyogenic abscess displays multiple amino acids. Low grade tumours contains lower amount of choline with preserved NAA peak, whereas a higher grade would have higher choline and negligible NAA, thus providing a clue to grading pre-operatively and avoiding sampling errors.

Even without any focal abnormality as in hepatic encephalopathy or hypoxia, the spectral pattern can indicate presence of ammonia or lipid lactate in the brain, respectively. In conditions such as Alzheimer’s or Pick’s disease, decrease in the number of neurons by serial comparison or comparison with an age-matched adult is possible, as NAA serves as a neuronal marker. MRS studies of newborns and infants can detect presence of lipid lactate which may be due to hypoxia or other metabolic diseases. Also, it can help to detect diseases such as leukodystrophy with early characterisation. For instance, NAA peak is elevated in children with Canavan’s disease, when there is white matter abnormality on conventional MRI, thus obviating the need for brain biopsy.

DWI and DTI uses the principle of Brownian motion. In normal state, water in the tissues is in random motion, whereas in the disease state there is restriction of the motion. DWI has a huge role is early assessment of infarcts in the brain as well as indicate cellularity in malignant lesions. Epidermoids and abscesses in the brain show restriction of diffusion, whereas, an arachnoid cyst does not. DTI uses information of motion in several directions, enabling visualisation of fibre tracts in the brain and also delineating the direction. These can be colour-coded and have a huge impact in neuronavigation or guided neurosurgery.
MR Perfusion is a technique which assesses the passage of contrast into an area of interest during the first passage. Low grade lesions take up contrast slowly and persist to enhance, whereas malignant lesions take up contrast earlier and allow it to escape early. In imaging of stroke, the amount of viable tissue is indicated by diffusion-perfusion mismatch, which is also called as the penumbra. It is the guide for intervention in the patients who arrive to the emergency in good time.

MR Perfusion can also be performed without the use of an exogeneous contrast with a technique called as three dimensional Arterial Spin labelling (3D-ASL). In ASL, the flowing blood is tagged with an electromagnetic wave and then the brain is imaged after a lag time. This information subtracted from baseline data provides a map of the cerebral blood flow in the brain. This technique does not depend on the size of the vein cannulated, speed of injection or post-processing as needed in contrast perfusion. Also, it can be easily repeated, as it does not require the use of contrast. Hence, it is useful in paediatric patients and patients on surveillance for brain tumours, as well as in imaging of stroke, where serial follow up is necessary. Velocity selective ASL (vASL) allows tagging of flowing blood in a particular vessel providing different colour code for the same. Thus, the vascular territory of the targetted vessel is colour coded and collateral flow can be determined in a particular area.

Neuronavigation is used in mapping the brain tissues prior to surgery or intraoperatively as in an intraoperative MR system, where the information can be obtained in real-time. This is used in neurosurgery with open or closed magnets, the latter providing higher quality of MR images. Thin MR sections are also integrated in the treatment planning systems to provide high precision in mapping of the target area and protecting the sensitive structures in the vicinity, mainly in brain tumours an less frequently in neck and pelvis.

fMRI is the mapping of the active areas of the brain involved in performance of tasks such as motion, speech, thinking, hearing, seeing etc. This technique relies on the speed of acquiring the data and is being refined as progress keeps happening.

High field MRI, which include 7T magnets have become available in a few research institutes in the world. These provide increased signal to noise ratio, which translates into higher resolution. The use has potential to predict early biomarkers for cerebrovascular and neurodegenerative diseases.

Clinical hybrid positron emission tomography (PET)-MRI is now available. MRI provides detailed soft tissue intrinsic, diffusion weighted imaging, dynamic contrast imaging, fMRI and other specialised sequences as well as MR Spectroscopy. PET provides physiologic information. PET-MRI avoids the harmful effects of radiation that the patient is subjected to during PET-CT, where both the imaging modalities cause side effects, especially in paediatric patients. The two types of information provided are combined by fusing PET-images on anatomic MR images and also utilising functional data available by fMRI and MRS. The data is obtained simultaneously, so co-registration of the data is accurate. PET-MRI has several potential applications, an important one being providing greater accuracy to detect metabolically active disease during surveillance of brain tumours, localising seizure activity, mapping brain activity in diseases such as dementia, in better delineation of neck and pelvic cancers.

Low and high intensity guided ultrasound (LIFU and HIFU, respectively) are new techniques to treat focal lesions in the brain. LIFU can open the blood brain barrier to allow targeted treatment to penetrate the diseased tissues and increase efficacy, while reducing the dosage of the drug. It also has the potential to allow new treatment options for diseases like Alzheimer’s. HIFU can actually cause cell death and necrosis and can be used in treatment of focal brain lesions such as tumours.

A major role of MRI incudes providing diagnostic and therapeutic endpoints in clinical trials, as its ability to penetrate the body at microscopic levels increases.

The newer magnets scan more, scan faster and scan more efficiently. As the use of MR magnets increases, awareness regarding MR-related safety needs to be included in the basic curriculum in medicine and nursing to avoid associated complications.

MRI can be safely performed even in patients with non-MR compatible cardiac devices:…