This World Health Day, be aware, be prepared 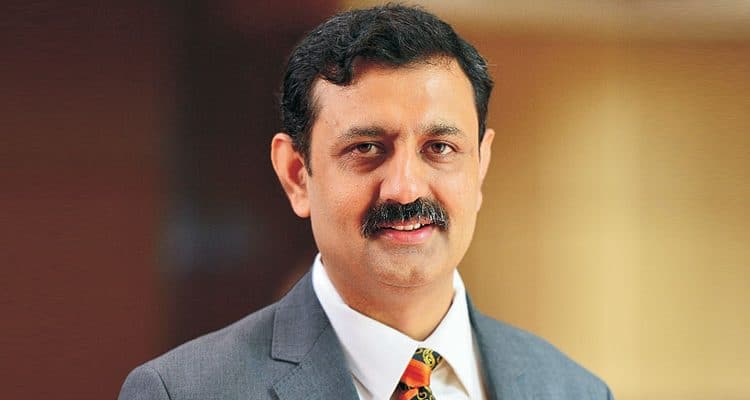 Since prevention is a step away from cure, Chander Shekhar Sibal, Executive Vice President, Head of Medical Division, Fujifilm India advocates that this World Health Day, we should be aware, be prepared

April 7 is observed as World Health Day, but do we ever wonder how healthy the world is? Today with each passing day, there is a constant need to make the world future ready, and hence advancements in different sectors are visible. As the world progresses, human health is taking a step back. With growing globalisation, a growth in life-threatening diseases is seen, Cancer being one of them.

Cancer is not just a disease but a war in life. It occurs when mutation in genes let the cells divide and multiply in an uncontrolled manner. It is one of the major health challenges faced worldwide. According to the World Health Organisation Report, cancer is the second leading cause of death globally and is responsible for about 10 million deaths per year. Cancer is the reason for approximately 70 per cent of deaths in low and middle income countries. Around 14 per cent of cancer accounts for breast cancer in Indian women and is one of the most common types of cancer around the world.

Breast cancer is life threatening and often becomes difficult to cure since the detection is done at a later stage. While there are rapid technological advancements in the medical sector, breast cancer still remains to be one of the most common diseases amongst women. There is still a missing link that is leading to a rise in these cases worldwide. Is it cancer illiteracy or awareness deficiency amongst people that becomes a crucial reason for the spike in breast cancer? More often than not, the signs and symptoms of breast cancer are in front but are tend to be overlooked till they reach a critical stage.

As per the latest statistics, India has a 60 per cent survival rate as compared to 80 per cent in the US. In fact, according to reports and surveys conducted, 1 in 29 females will develop breast cancer during their lifetime in India. Breast cancer can start in the gland or tissues where cells start to divide or multiply uncontrollably. It can be of different types and would require different treatment methods. The causes of it can be inherited genes, radiation exposure, alcohol consumption etc, but what matters is the survival rate. A multidisciplinary approach to breast cancer, including prevention campaigns, preventive initiatives, early diagnosis screening programs, and the provision of treatment facilities, is important for reducing cancer prevalence and mortality in Indian women.

Early detection and increase in public awareness becomes a major reason to help increase the survival rate. An early detection helps the doctor to determine the most appropriate treatment and curate therapies. One can always self-detect the genesis. Even today, women are increasingly anxious about going for a mammography check-up, the rising apprehension in women to get their breasts checked is imperatively becoming a cause of concern. Studies suggest that self-examination helps increase survival rate especially amongst younger women. Checking your body for signs or symptoms like a lump, redness, swelling near or around the breast helps one to mitigate the cancer.

If one can spot any of these hints, one must immediately contact their doctor and get themselves checked. Medical industry has advanced with time and is constantly working towards creating a healthier environment. Newer types of tests are being developed and are being used in certain situations, for breast imaging. One of them being Mammography which is a screening examination used to detect breast cancer. Chemotherapy and androgen receptor inhibitors are some ways through which breast cancer is treated. Drugs have been identified that can target inhibitors to eliminate cancer.

Even though breast cancer is most common amongst women, men sometimes too fall prey to the same. According to reports, 1 per cent of the male population across the globe is diagnosed with breast cancer. The signs and symptoms might be the same for men, but frequently overlooked. Hence, mammography checkups and maintaining a healthy lifestyle are not only limited to women alone.

But, as the saying goes ‘prevention is better than cure’, though medical and technological advancements have taken place, one must NEVER STOP taking precautions in order to build a healthy environment. It has become mandatory now to reinforce the spirit to fight back and inspire women to be well-informed. This can be done by spreading awareness against breast cancer while inspiring women to follow the basic preventive measures like regular screening, exercising, eating right, checkups and self-examination of one’s own body.

This World Health Day, let us pledge to save ‘One More Life’ through self-examination. Let’s ensure not only self-respect but also self-check on our health whilst becoming self-aware. Let us continue to create a healthier environment and support each other by sharing knowledge, tips and tricks to help fight cancer. A healthy environment makes the world a better place to live in.

WHO urges countries to accelerate equitable access to COVID-19 technologies