Over one billion people suffer from neglected tropical diseases: NCPEDP

Leprosy, lymphatic filariasis, kala azar, schistosomiasis, trachoma and trichuriasis are examples of neglected tropical diseases -- a diverse group of communicable diseases that prevail in tropical and subtropical conditions in 149 countries 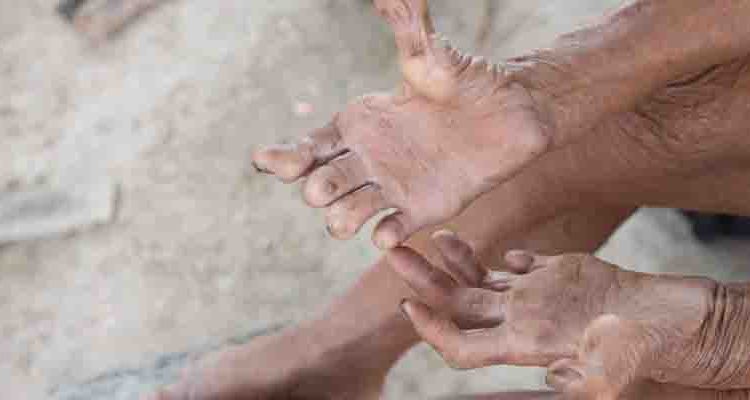 To commemorate Anti-leprosy Day and World Neglected Tropical Diseases Day, some of India’s most influential advocacy groups held an informative seminar titled ‘Future Forward 2020: Building Momentum for Inclusion and Elimination’ at the Constitution Club of India, New Delhi, with an aim to highlight the existing burden, barriers and required policy interventions for the elimination of leprosy and the endemic of Neglected Tropical Diseases in India.

Those present on the occasion included Dr Niraj Dhingra, director of Government of India’s National Vector-Borne Disease Control Programme; Dr Dhruv Pandey from the World Health Organization (WHO) and sector leaders such as Arman Ali, executive director, NCPEDP and persons affected by leprosy.

Leprosy is one of the 20 diseases formally recognised as Neglected Tropical Diseases (NTDs). As per WHO, NTDs are a diverse group of communicable diseases that prevail in tropical and subtropical conditions in 149 countries that affect more than one billion people and cost-developing economies billions of dollars every year.

“In line with the commitment to highlight the burden of NTDs and raise public discourse on the issue, NTD partners in India – Global Health Strategies (GHS), TLMTI and NCPEDP will adopt an integrated approach and support each other in undertaking several activities to galvanise visibility on the issue,” said Arman Ali, executive director, NCPEDP.

Dr Dhruv Pandey, National Professional Officer for Kala Azar (black fever), WHO, said, “NTDs get little global attention as mostly poor get afflicted by the disease. Their voices are not heard. We should bring the focus in the disease irrespective of the fact that poor people are getting affected.”

WHO data shows that 58 per cent of the newly diagnosed leprosy cases in the world in 2018 were in India. This is despite the fact that India officially eliminated leprosy in 2005, reducing its prevalence rate to 0.72 per 10,000 people at the national level. However, as reported by the National Leprosy Eradication Programme of the Ministry of Health & Family Welfare in 2017-18, a total of 1,26,164 cases of leprosy were detected in India.

Even though the disease is now fully curable, it is disturbing to learn that there still exist 108 discriminatory laws against persons affected by leprosy, including three Union and 105 state laws,” the minister was quoted as saying.

TLMTI, along with NCPEDP and Vidhi Centre for Legal Policy, is working with the Government of India and state governments, for repealing these discriminatory laws.

Dr Mary Verghese, Executive Director, TLMTI, said, “In my work with people affected by leprosy, I meet numerous people every day, who, by sheer grit and courage, have overcome the challenges of leprosy and live dignified lives in their communities. Their stories reiterate the fact that leprosy is not a limiting factor for realising dreams.”

Dhvani Mehta from Vidhi Centre for Legal Policy said that it is the role of the civil society to advocate for the passage and implementation of law. Dr Indira Behara from GHS stressed on creating messages that are a lot more sensitive towards women.